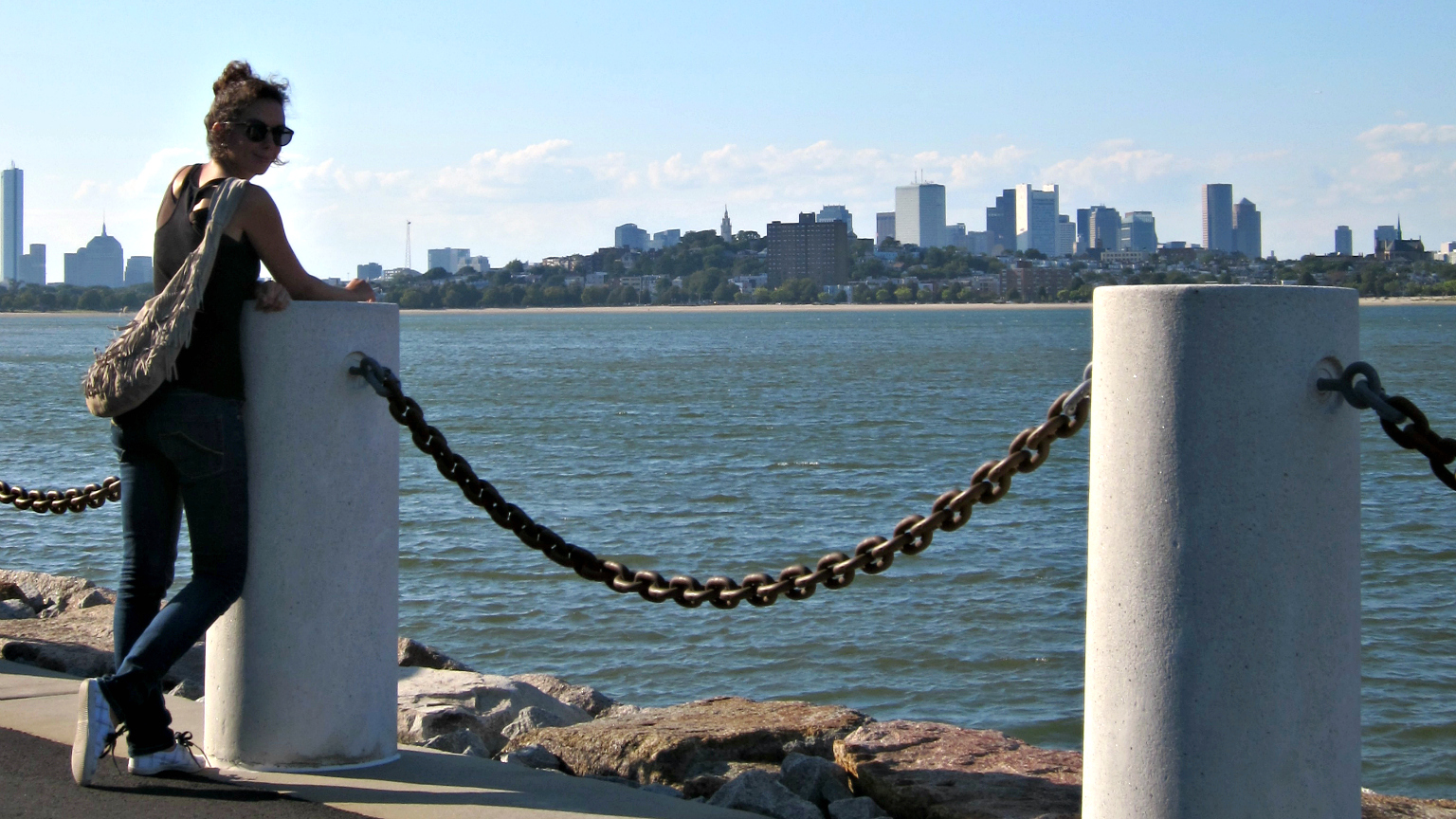 My last update was written behind my desk in my Harvard dorm room at Winthrop, this update is blasted into the world from the bus between Boston and NYC. The bus?! Yes, the bus. In the US it’s very common to have wifi access (ánd power outlets) in a $15 busdrive. Nice.

So yeah, I’ve left my dorm and I’m no longer a registered Harvard student… Last week I had my final exam (nope, I haven’t got my results back) and since we had to leave the dorms on Saturday we had a few more days to do all sorts of stuff in Cambrigde and Boston. We went to the JFK Presidential Library & Museum which I highly recommend, not only for its informative value but also because the building is amazing, and so are the views over Boston. In the evening we had a lovely meal in Cambridge and of course we spent quite some time having drinks on our favourite bench down at the Charles. 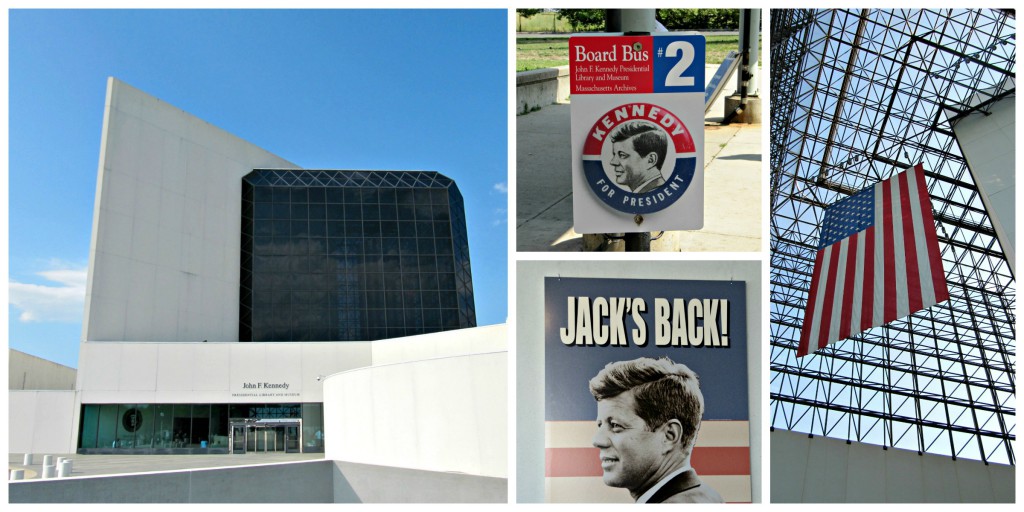 Friday evening was the night of our semi-official graduation party, which was held in some sort of self-proclaimed übertrendy club in Boston. It was a pretty hilarious night though – drinking and dancing in the VIP area, followed by us being kicked out of the club… Good times! Anyhow, it was nice to enjoy a few final drinks, laughs and dances with all those people you’d spent an amazing 2 months of your life with. The next morning was our official check-out-bye-bye-Harvard-life moment… Of course, the only day I overslept the entire summer was this day, so I just threw all my stuff into my big ol’ trunk like crazy. After our final goodbyes, me and the man booked a hotel in Boston and afterwards we went disco bowling with one of our friends. That’s right, disco bowling. Which is totally not lame. It is awesome. Then we said goodbye to our mate and had a final stroll in the city and enjoyed these last moments of Boston by night.

On Sunday I rented a car with the man and we hit the road, en route to… Canada! Yay, another country I can strike off my list! We took a super pretty route crossing the state of Vermont – which is called the Green Mountain State for a reason. Beautiful green surroundings everywhere you look. We had the best meal in a lovely little town – Rochester, VT – on the porch of an old wooden house, while watching the local band perfom in the town gazebo. I love small town America! 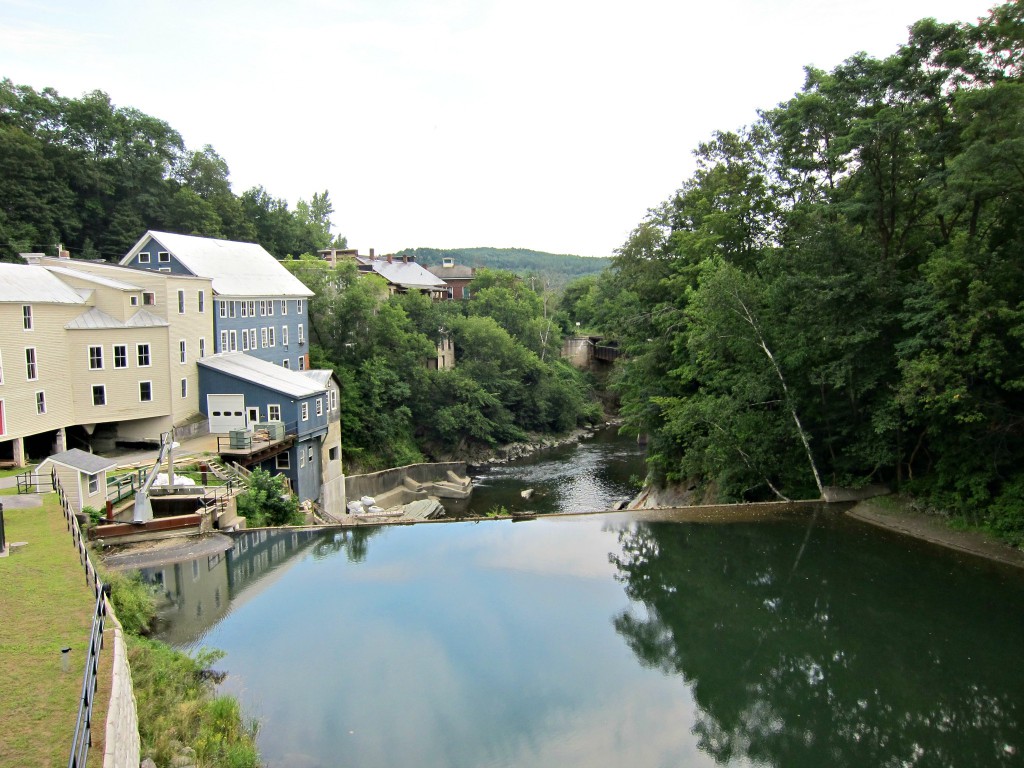 It was pretty late when we arrived in Montreal, so we checked in at the hotel and had a good night’s sleep. The next day we were off to explore this French-Canadian city and it is pretty funny to switch to French all of a sudden. Montreal has a very artsy vibe and the combo between North America and France is slightly weird, but good weird. What is cool is that they have this bicyclette system where you can pick up a decent bike for CAD $5 at different spots in the city, and you can drop them off at another spot. So these two bike-loving Dutchies cruised around and explored Montreal at the same time. After a very good light French meal (escargots, French onion soup, good wines – you know the drill) it was time to head back to the US of A.

What is striking is that there is such a big difference between entering Canada from the US, or the other way around. When we got back at the border the security check was insane (serisouly, scanning the car for bombs?) and we were thoroughly interrogated. Since of course we’d met at Harvard, we didn’t arrive on the same plane from Amsterdam, not even on the same date – so that was HIGHLY suspicious. Right. I can only imagine how frantic they would be if they knew one of us had been to Iran a few months earlier. And changed passports. Muhahaha.

If you drive around in the US you’ll see motels everywhere you go, but of course, if you’re actually looking for one… They’re nowhere to be found. So we decided to check out the night life of Vermont’s capital Montpellier. Mmmkay, all I will say is: don’t go there for that reason. I know, the capital city’s of Dutch provinces aren’t all super vibrant cities, but this just tops everything. Vermont’s capital is like an average lovely little town, with the difference being that it has a State House and two hotels. That’s it. Love it. Luckily, one of those hotels was still open at 2am in the morning (and had a serious miniature train system in the dining hall – awesome!), so we were able to get a few hours of sleep. 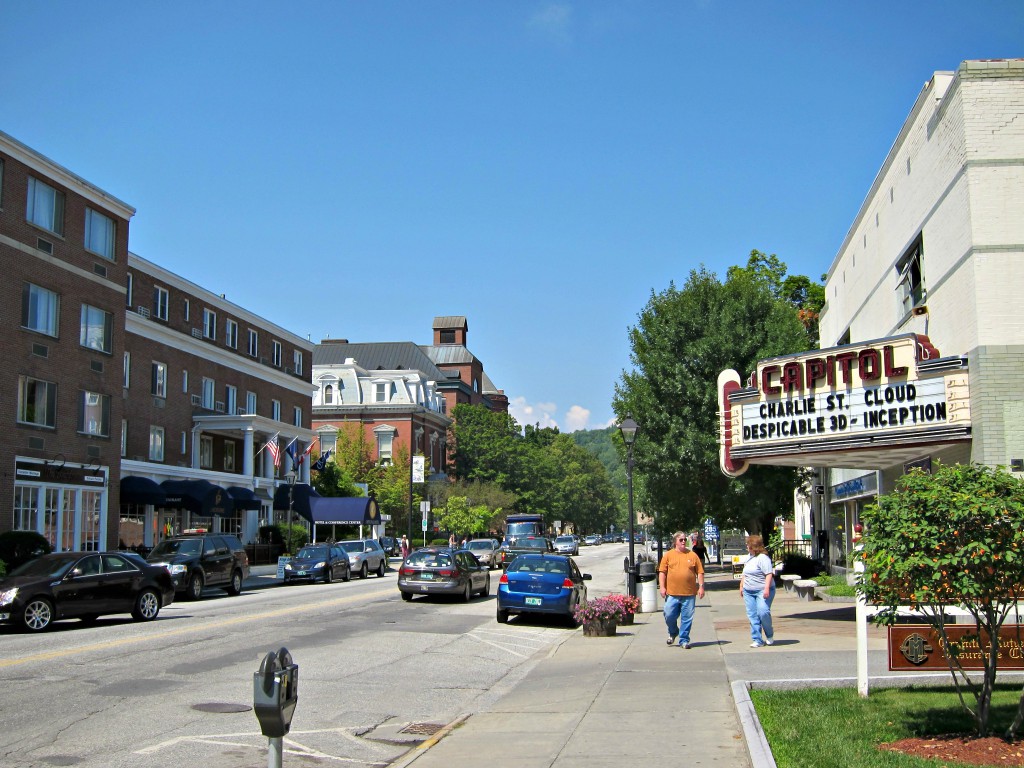 The next day we got up early to get back on the road because our destination was Newport, Rhode Island. Yes, Newport again. We’d spent a weekend there in the beginning of summer (check here), marking our official first date actually, and we loved it so much that we decided to go back. When we arrived it turned out that most hotels were already booked, but in the end we found this amazing place – the Jailhouse Inn. If you ever go to Newport, spoil yourself with a stay here because the rooms are amazing and the (included) breakfast is the best we’ve had in the US. Oh, and it used to be a prison so there are still a few reminders of that, very cool.

Yesterday we drove around and gazed at all those gorgeous mansions you’ll see around Newport. We visited the Vanderbilt mansion, which is this “modest” Vanderbilt family vacation home with only 70 bedrooms and 20 bathrooms and a massive garden overlooking the ocean… Wow. We ended the day at a nice and quiet beach and had a lovely seafood meal and some Newport Vineyard wine. Today we had a lovely stroll and we ended our time in this amazing town with a great lunch at the Clarke Cooke House, that we visited (and loved) the first time we were in Newport. Then it was time to go back to Boston – and say goodbye – because the man had to catch his flight back home to Amsterdam, and I was staying for another week… 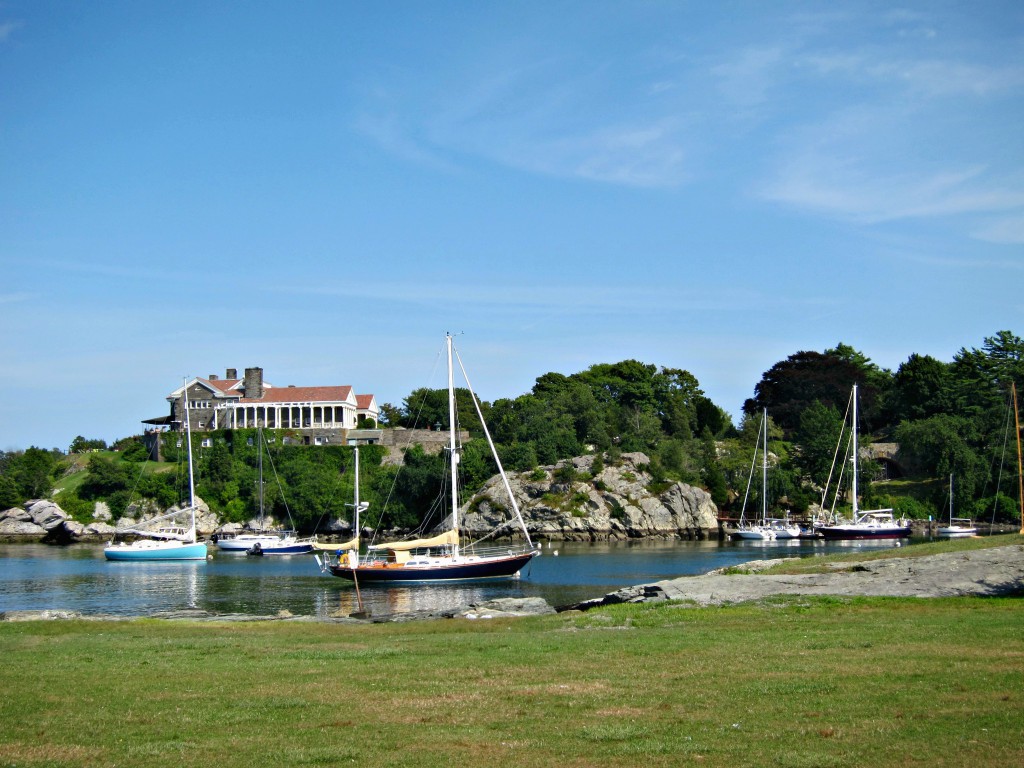 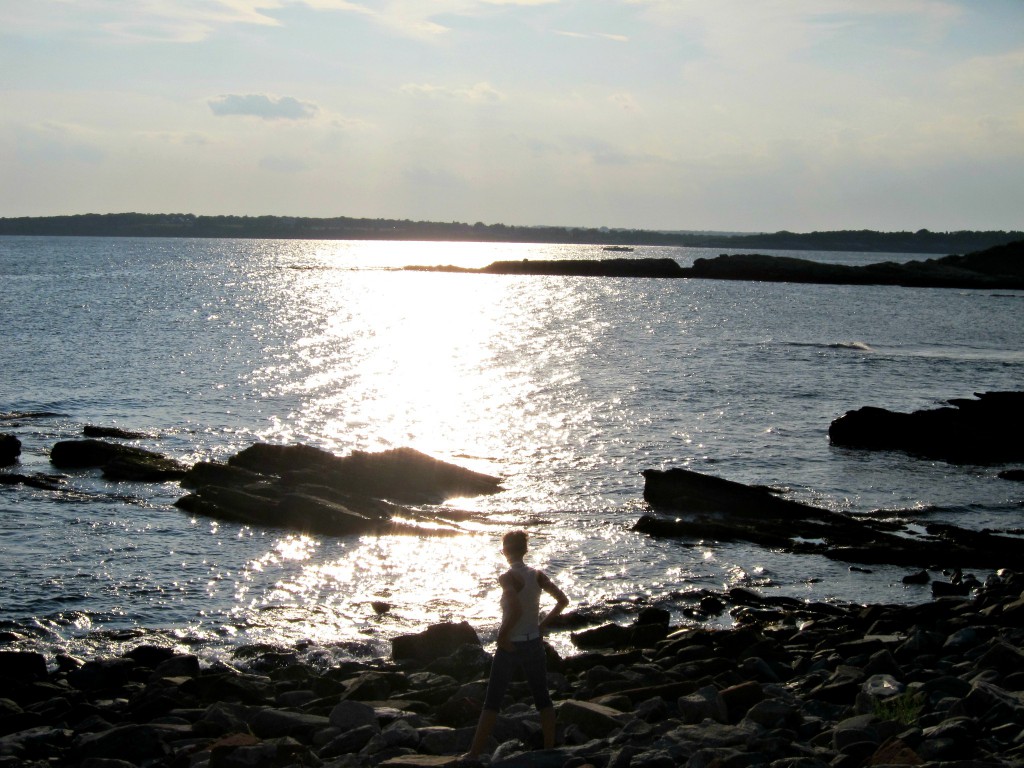 So now I’m on the bus between Boston and NYC because my dad and bro arrive tomorrow. Yay! We’ll stay another few days in the city before we hit the road. We haven’t figured out where we’ll go but I’m always up for a roadtrip so it will be another adventure! For now, I just ignore the fact that my Harvard-USA-Summer-Adventure will be over in only a week…