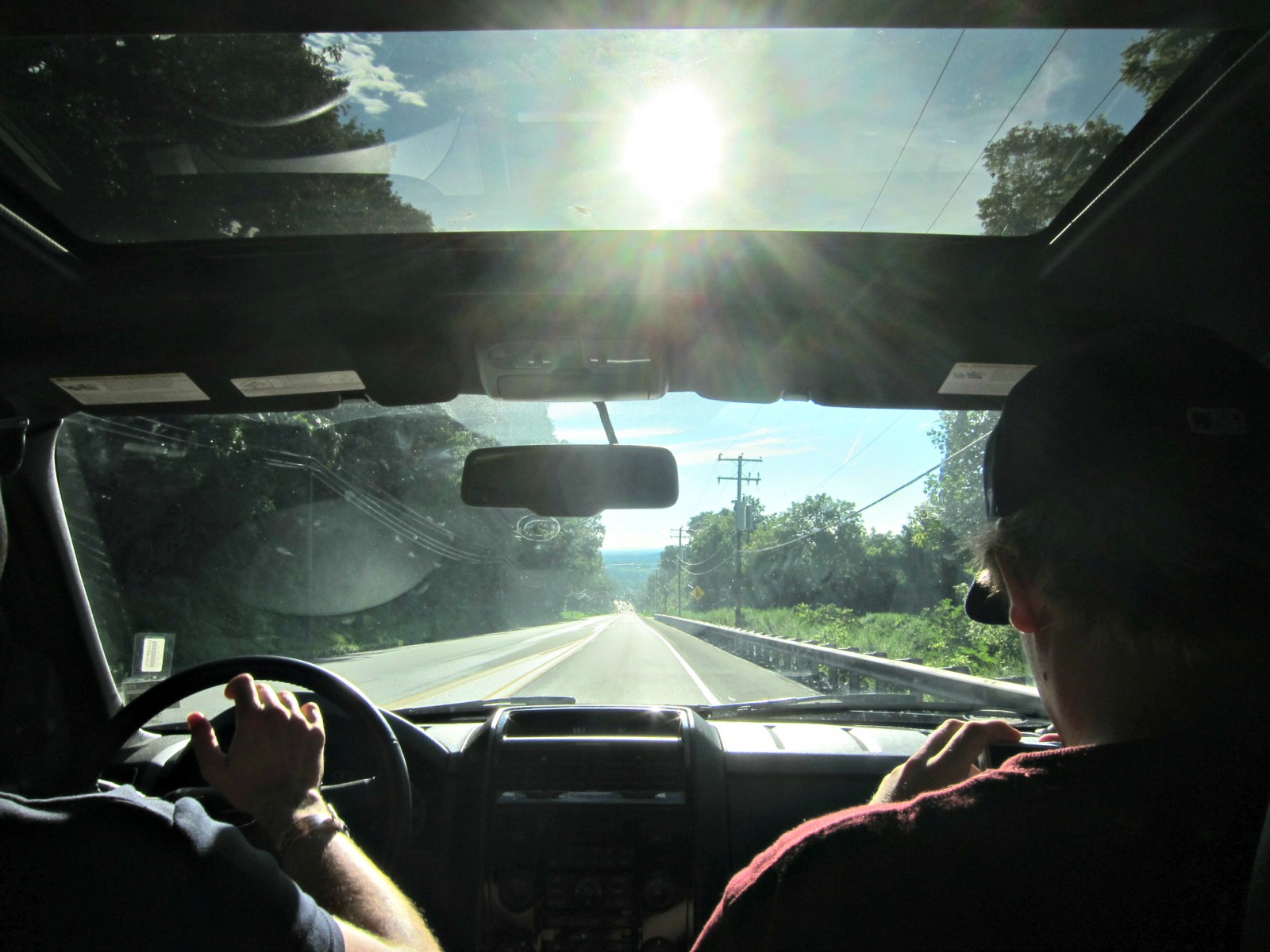 It is about time for another update from Harvard campus because I’ve had a lot of new experiences!

Last Thursday evening me and the Dutch boys left for Washington DC for our roadtrip weekend. We weren’t planning on driving all night, but when we were very close to NYC just after midnight we decided to check out the city at night! It is pretty cool to cross Times Square at 2am in the morning. What was even more funny is that it was no problem whatsoever to park our car (for free) there in the middle of the night, we even asked a couple of cops on duty (and bored out of their mind). So weird! After a quick stroll around the square we got back in the car and drove down to the Financial District, Ground Zero and the Historic District (New Amsterdam). New York is of course praised as the city that never sleeps, but I can tell you that the city was very much asleep that Thursday night! It is so awesome to wander about on those empty NYC streets in the middle of the night. When do you get to experience the peace and quiet in New York?? Next, we took our SUV and crossed the Brooklyn Bridge to watch the skyline by night from Brooklyn Bridge Park – best city views. Because we were there for quite some time we also got to see the sun rise over the NYC skyline… What an amazing moment! What an amazing city! 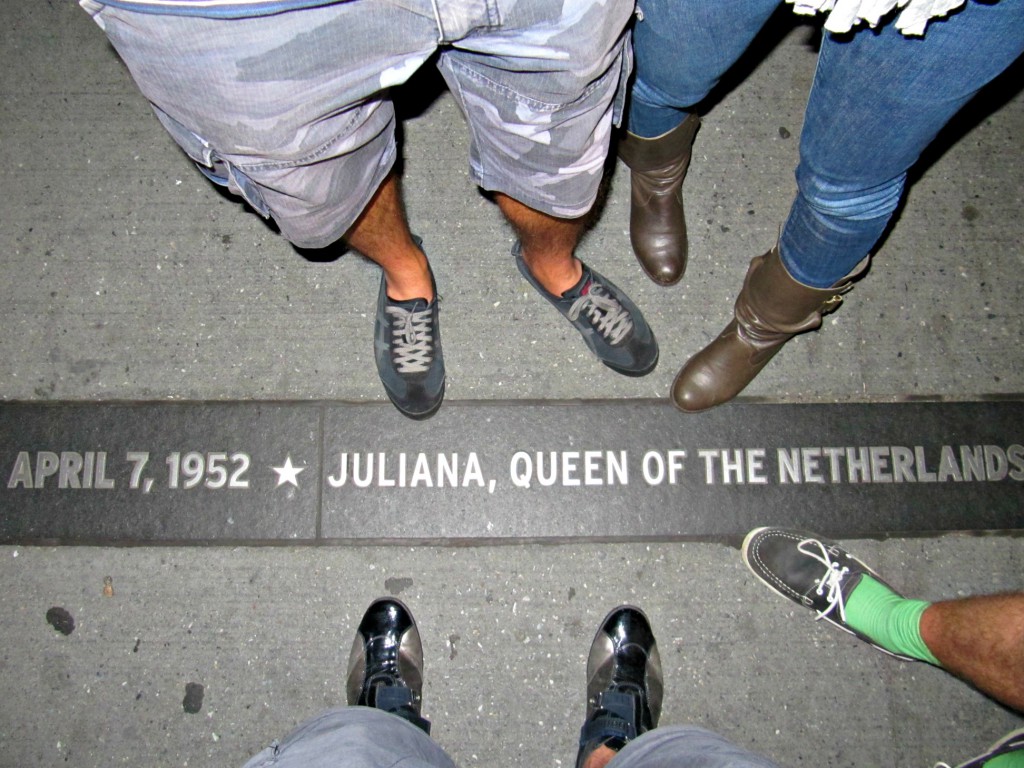 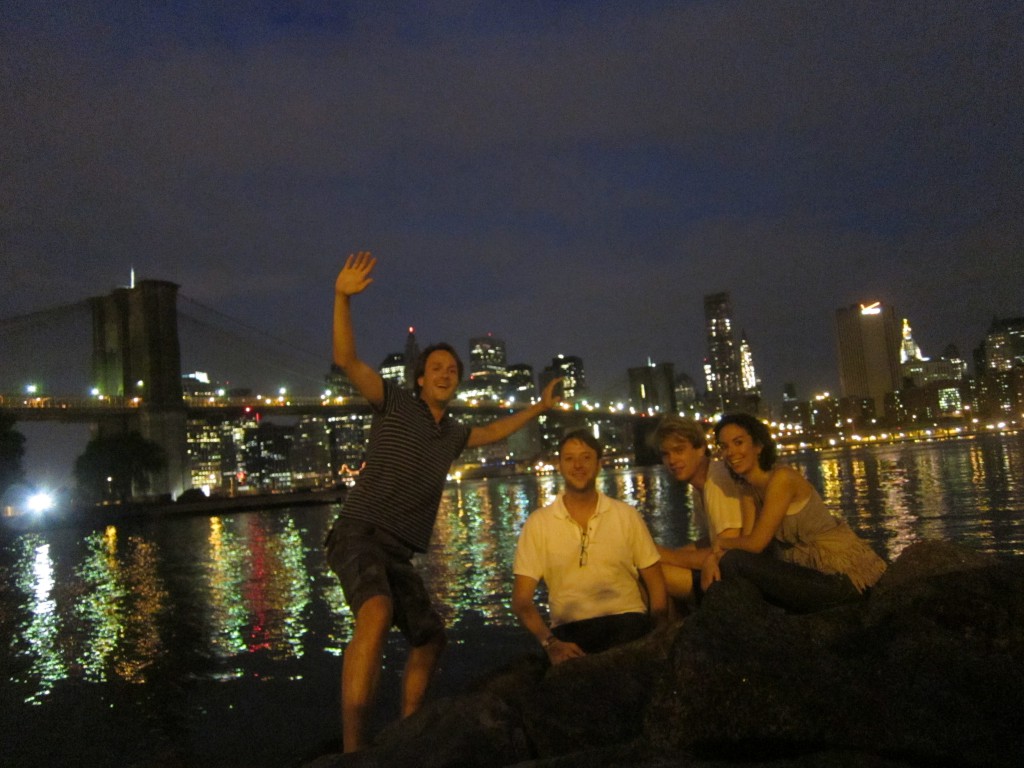 After this stop the roadtrip continued to Washington DC, where we arrived around noon. Man, it was hot out there! It’s the hottest summer in decades and this was the warmest day since 1910 (!) with 107 Fahrenheit (= 42 degrees Celsius), so we pretty much melted our ass off. Of course we checked out the White House, which is to be honest fairly small for the most powerful man on the planet. Still, it’s nice to say: White House, check. We booked a room at the Westin, dropped our car, took a shower and went out for a lovely seafood meal. Since we kinda enjoyed our NYC by night trip, we decided to do DC by night. So off we went to the Washington Monument, the WWII Memorial and of course the Lincoln Memorial. When I was still melting outside at 2am in the morning I decided to finish my tour and head back to the hotel to soak off all that heat in the bathtub. 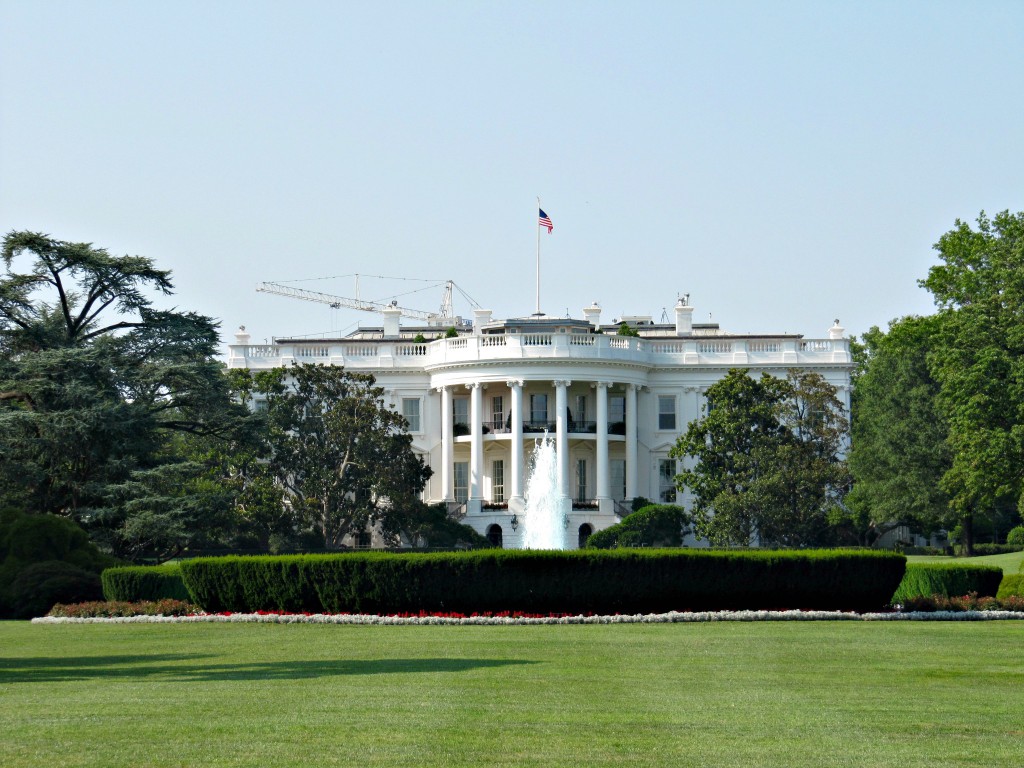 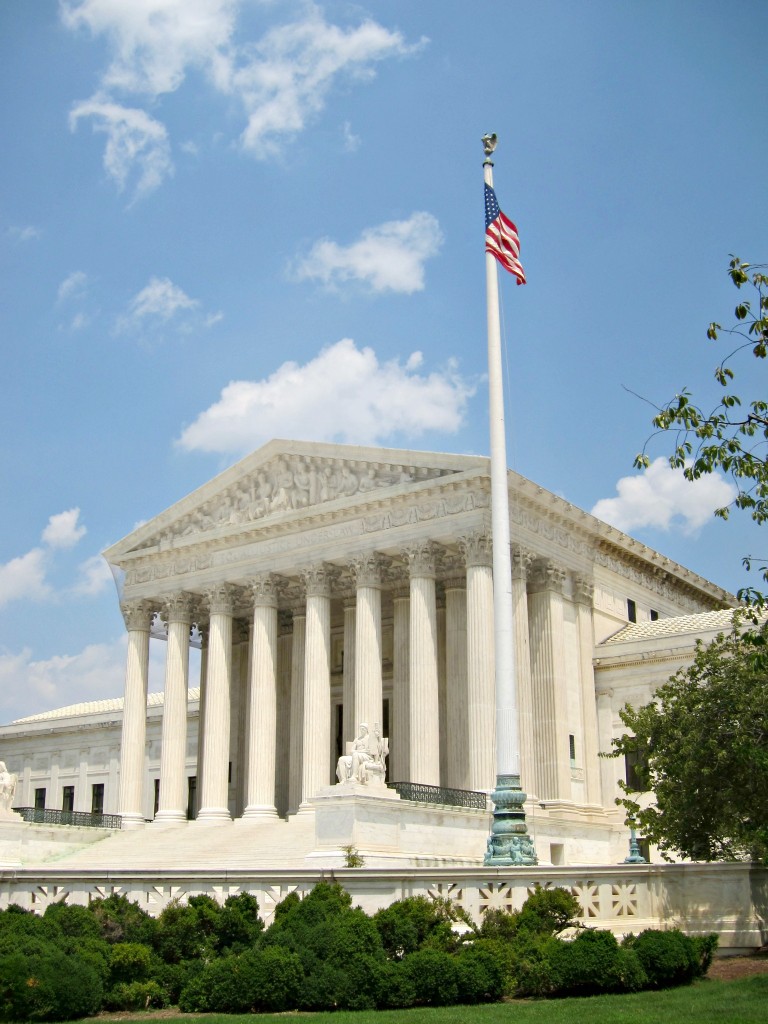 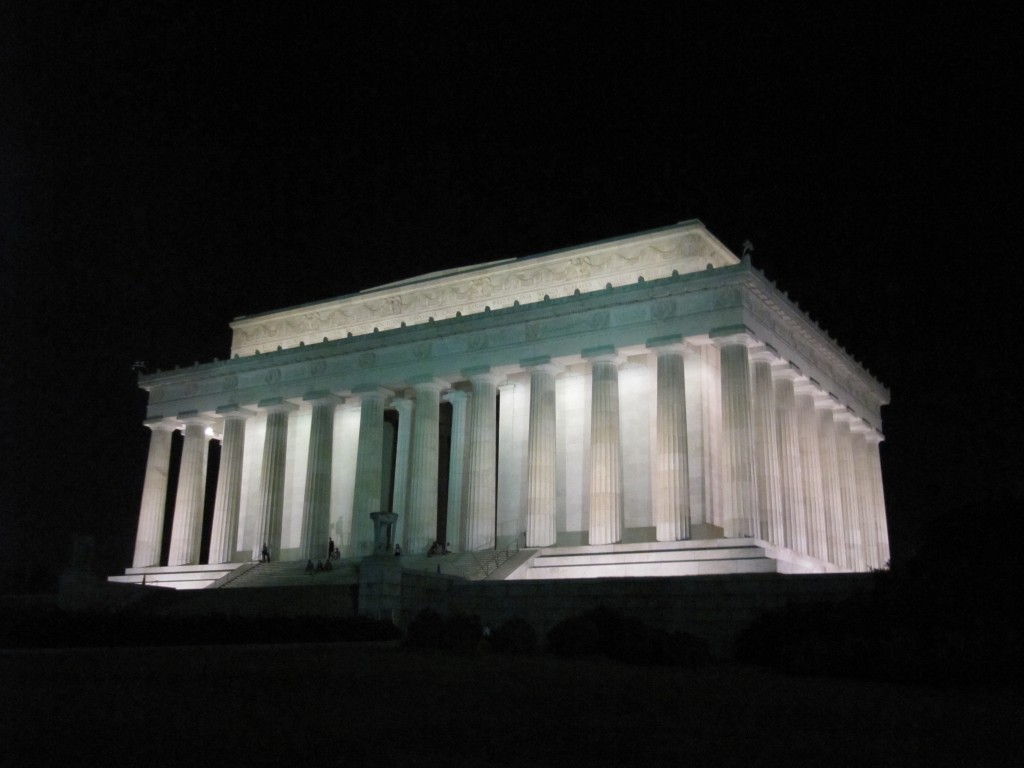 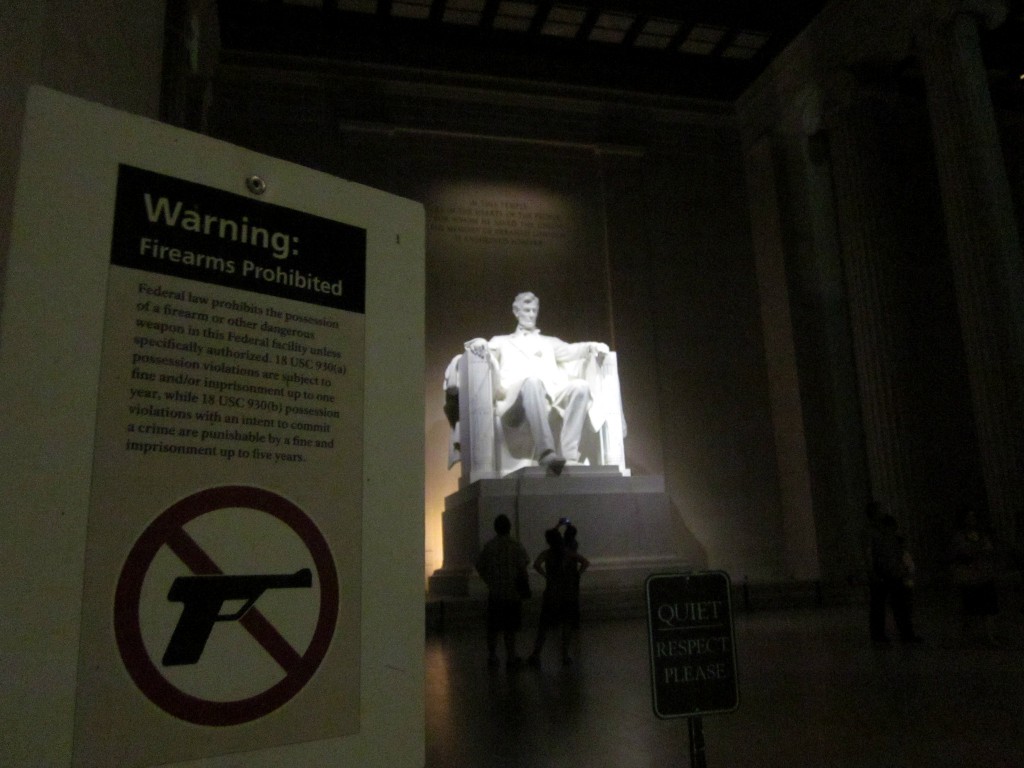 The next day we slept in a bit because we didn’t get much sleep the nights before. DC is famous for a lot of things but for me it’s mostly linked to the goverment agencies ánd the Smithsonian Museum. If you’ve seen Night at the Museum 2 (which you should – Ben Stiller – nuff said) you know what I’m talking about. The Smithsonian is actually 19 (yes, 19) different HUGE museums and since I’m a child stuck in a (sort of) grown up body, I wanted to go to the Natural History Museum (DINOSAURS!). Okay fine, grown up me also went to the National Gallery of Art, which is pretty impressive.

In the evening we picked our car up from the valet and continued our roadtrip to Philadelphia. We arrived around 10pm and checked in to our very nice downtown hotel, the Loews Hotel. Our entire trip we’d listened to various country radio stations so we were quite familiar with some songs at this point. We downloaded a few of those songs in our hotel room, and had a lot of fun with them (or maybe it was the big bottle of Vodka..?) until security knocked on our door saying that there was a noise complaint… I guess our neighbours weren’t big on country. Fortunately, it was only a warning and we weren’t kicked out of the hotel for our taste in music! I’d like to share some of the lyrics with you guys since I think yall appreciate that… (mom – you know you love it).

Number 1 in the Country Charts at the moment, and our absolute favorite, is Luke Bryan with Rain Is A Good Thing. “Rain makes corn, corn makes whiskey, whiskey makes my baby feel a little frisky. Yeah where I come from rain is a good thing”. Luke Bryan with Drinkin’ Beer And Wastin’ Bullets. “I’m sittin’ here watin’ on a deer, drinkin’ beer and wastin’ bullets”. Unfortunately Luke is not performing anytime soon in the Boston area, but maybe we can catch Jason Aldean at the House of Blues. “Take you for a ride on my big green tractor. We can go slow, or make it go faster. Down through the woods, and out to the pasture. Long as I’m with you, it really don’t matter. Climb up in my lap, and drive if you want to. Girl you know you got, me to hold on to. We can go to town, but baby if you’d rather. I’ll take you for a ride on my big green tractor”. Okay, I think you get the vibe right?

After all this excitement in our hotel we went out to find a nice bar and a place to eat. A few blocks from our hotel we found a little pizza place, and what do you know? A beautiful colored rainbow flag! Yep, we were in the heart of gay Phillie! Love it. And since two out of our group of four had never been to a gay bar (hm, who would that be – in a group of 2 straight guys, a girl and a gay guy?) we decided to get our dance on! In one of those bars there was a cozy piano bar in the basement where a dude was playing live requests. And in a gay crowd you are sure to expect a lot of Broadway classics! It was super fun, everyone gathers round the piano and sings along. Great night!

The next morning (or afternoon) we strolled around the city to soak up Phillie’s historic vibe. Of course we stopped at the Liberty Bell, which was rang in 1776 (which is pretty much as old as US history) to let the people know they should gather for the recital of the Declaration of Independence. Philadelphia is a very beautiful place with all these old buildings and it has a very sophisticated atmosphere. I highly recommend visiting in combination with NYC and DC since it lies pretty much in the middle of those two. 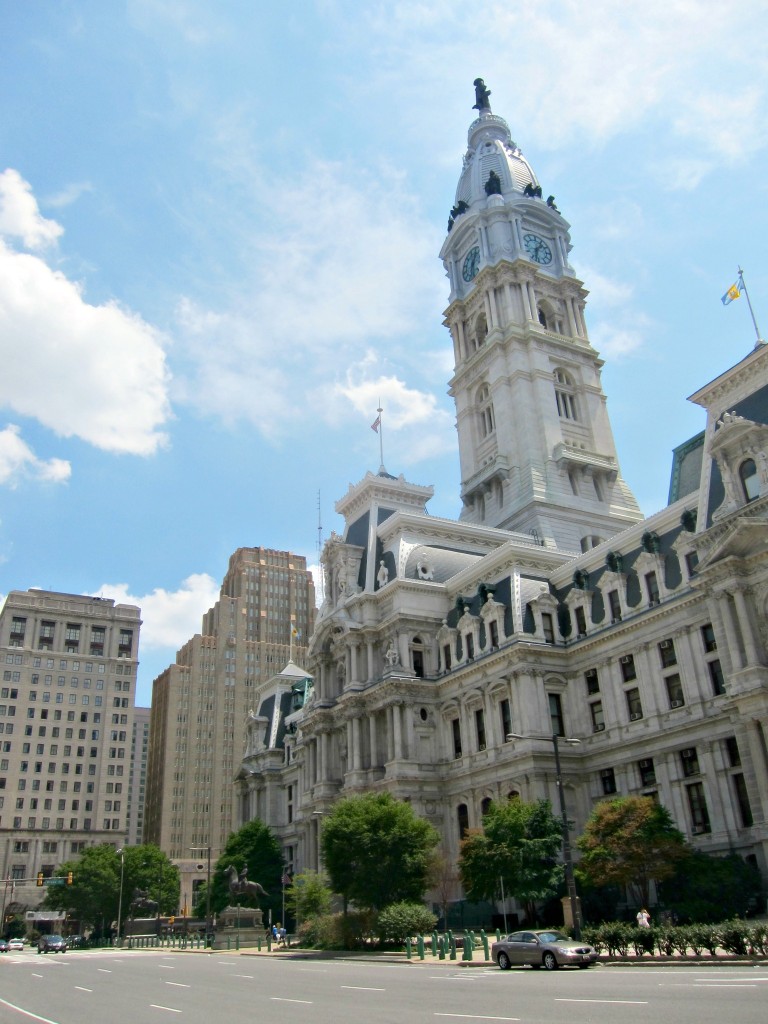 After sightseeing in Phillie the roadtrip continued to Lancaster. Uh, Lancaster? That’s right, Lancaster. It is sort of the capital of Amish Country, with a visitor center and everything. Usually it is supposed to be packed with tourists, but it was Sunday so it was very quiet. Also on the land and fields since Amish are not allowed to do any activities on Sunday – the Lord’s day. Amish don’t have electricity and they drive around with horse carriages (nice touch is that those carriages do have turn indicators and a hazard triangle). And I hate to break it to you, but we’ve also seen an Amish family in their big fat luxury car… Okay, so to give you an idea: 4 Dutchies in a big fat SUV, Luke Bryan pumping out of our speakers, camera’s in hand, crossing the picturesque countryside of Amish Country, and immediately stepping on the brake if we spotted “them”. It sounds very disrespectful but we told ourselves they’re probably used to it with all those busloads of tourists. It’s like a safari… Oooooooh Lara, you can’t say that! I’m just kidding. After a while we felt we’d intruded enough and it was time for us to leave and head back to Boston. 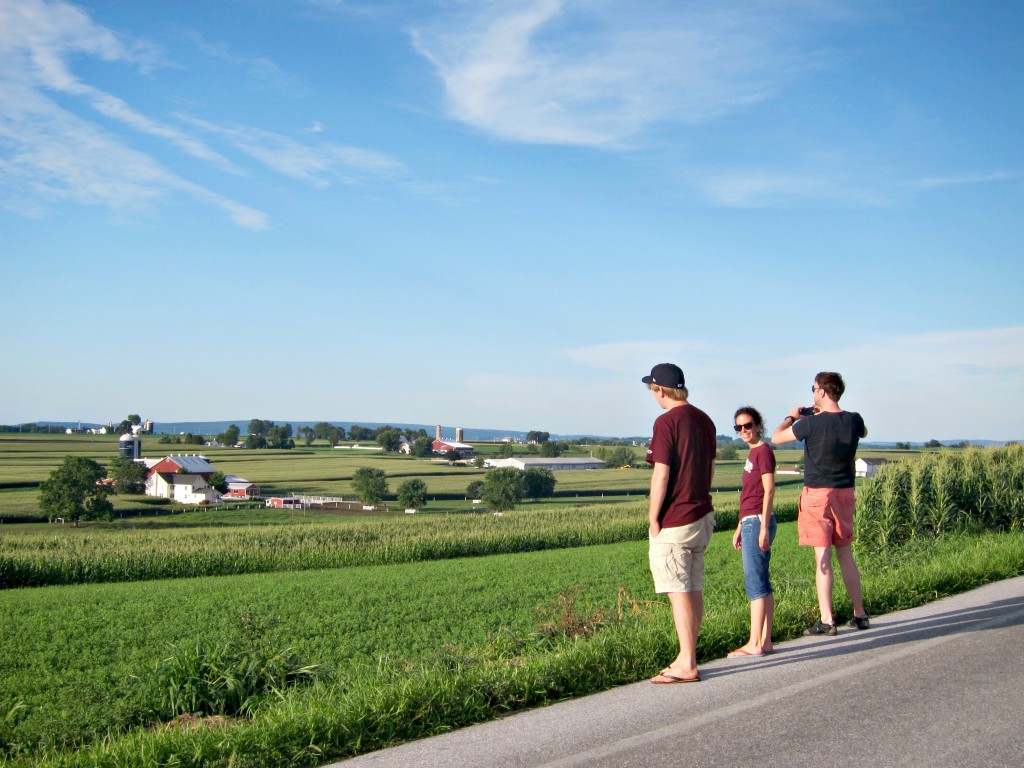 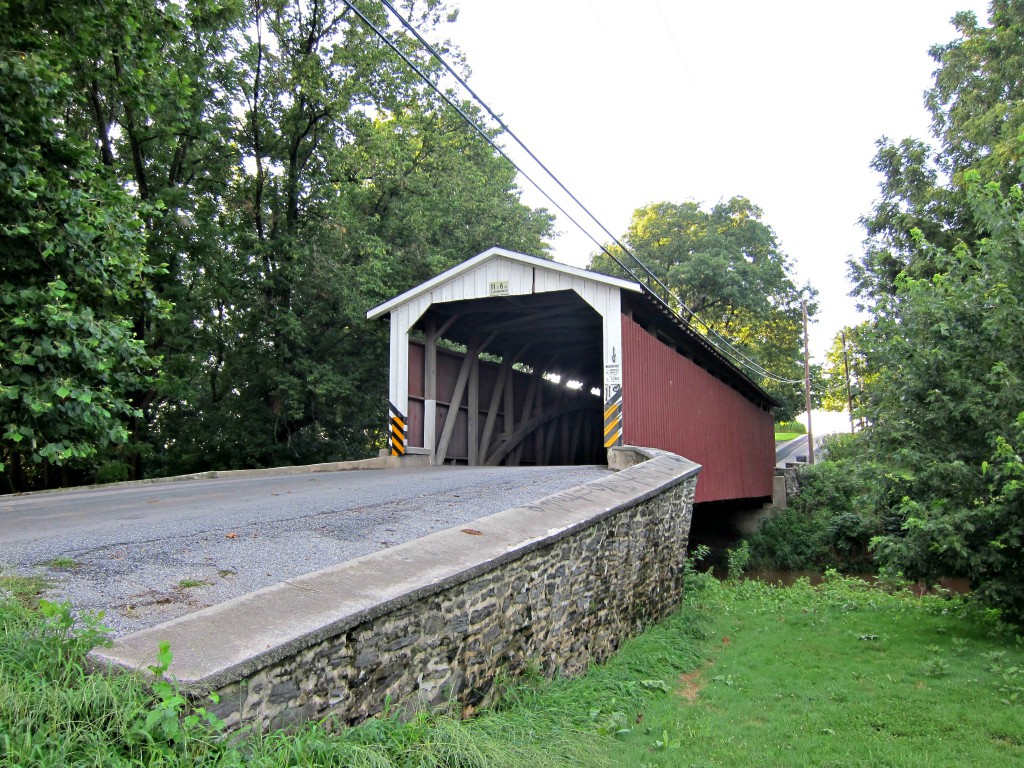 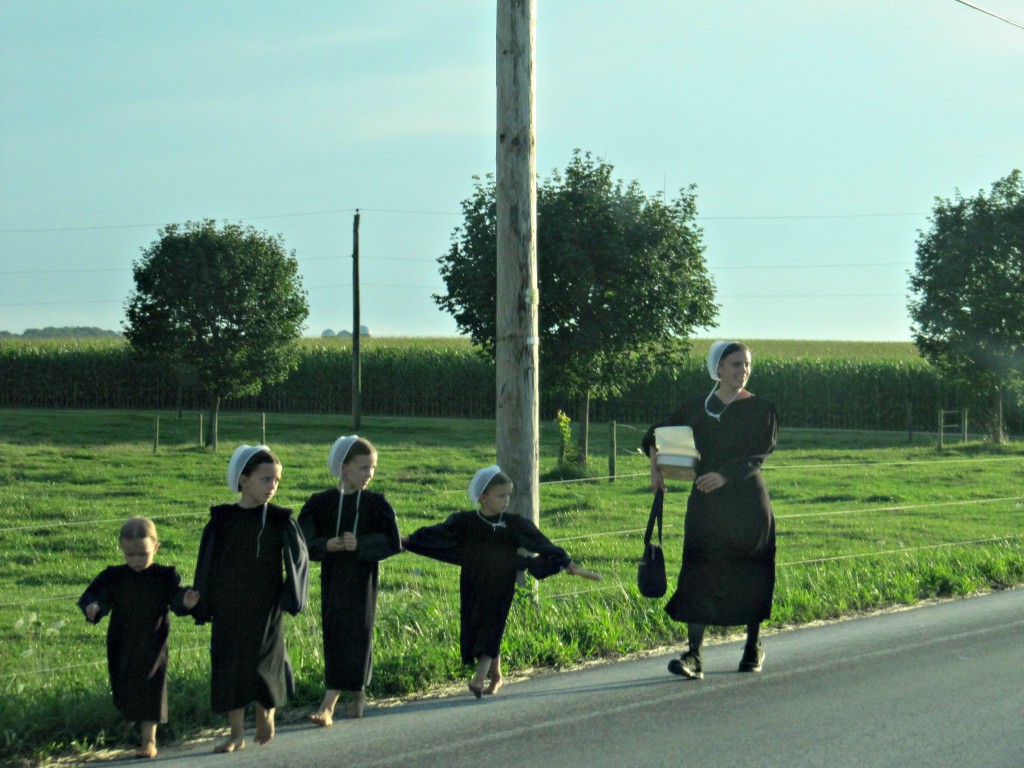 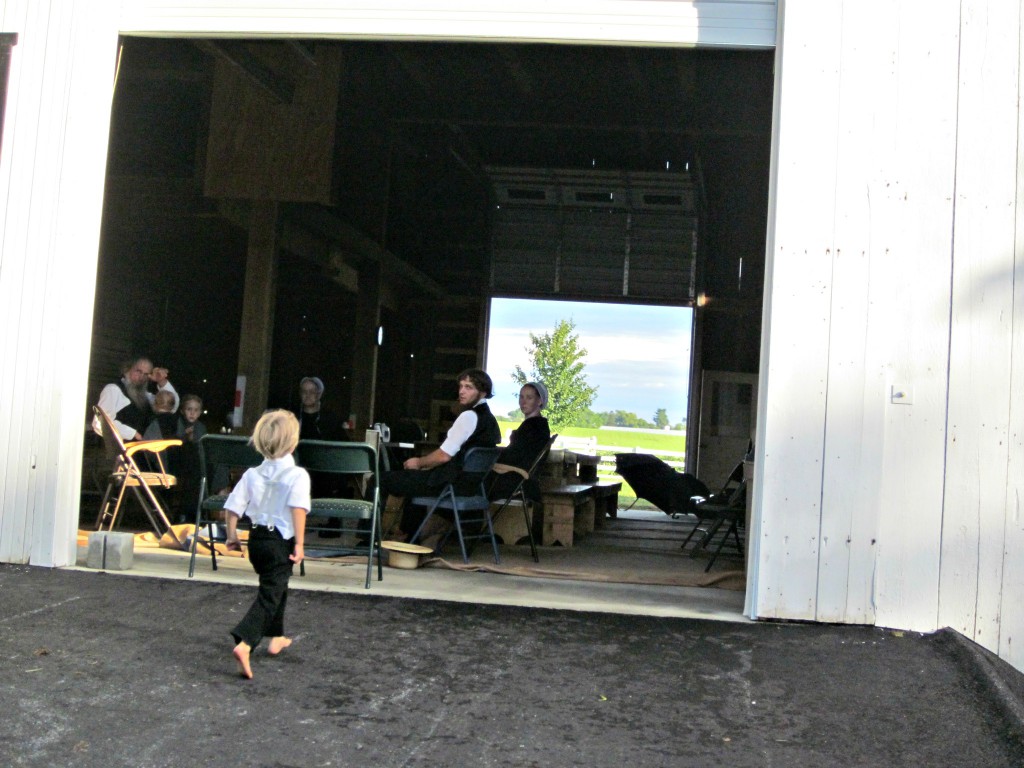 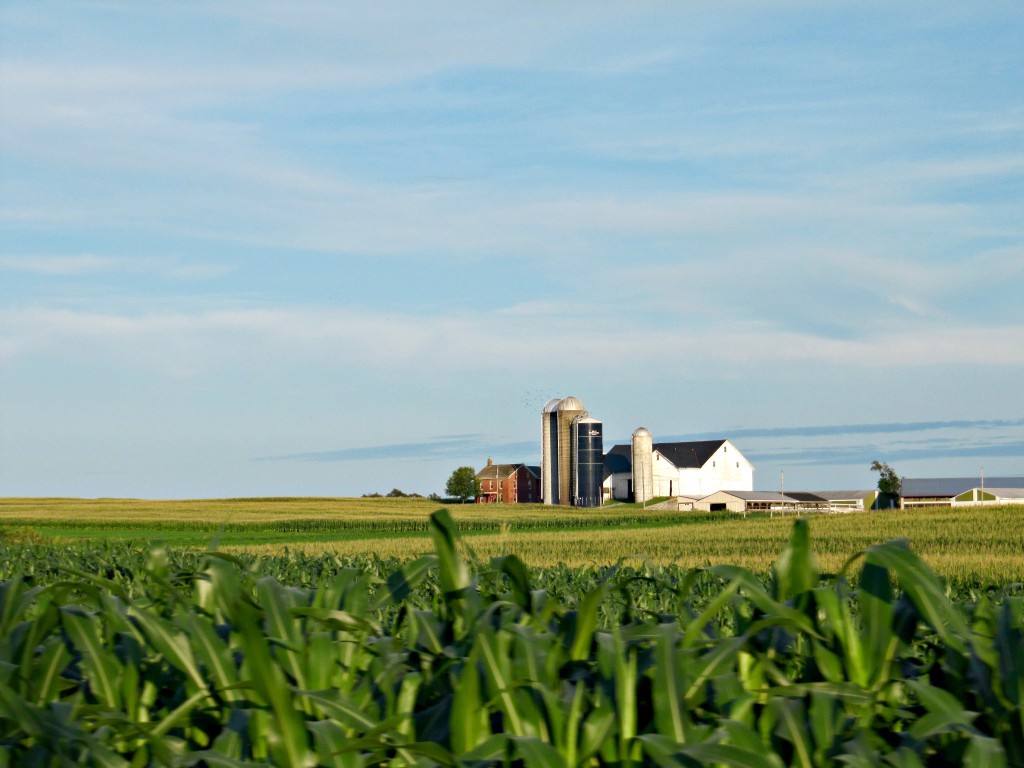 On our way back we stopped at a lovely local diner for some food and a few rounds of pool before we drove into the night. It’s a pretty long drive, especially if you’re going the wrong way… No no no people: it wasn’t me! Most of you know I’m a very good navigator and I take my job very serious (a bit too serious?). I even solved the problem the boys created and navigated us, in the middle of the night, through lovely little towns, small forest roads and past scared deers (Bambi!). We also drove through Hudson State Park where we saw the moon over the Hudson river, very beautiful. So in the end, our little (big) detour wasn’t too bad.

Unfortunately this also meant we only got back to Boston at 9am after a night without any sleep. I was exhausted and therefore decided to head to bed instead of class. Okay, before you all go oooohhh and aaaahhh, all lectures are videotaped so I can check it later and I think professor Stacy will forgive me. This summer is also about new experiences and great trips after all! And I’m doing very well as a Harvard student, might I add. Tomorrow I have to hand in another essay, regarding trends of globalisation. Since I took a course in this last year, I think I’ll be alright. Next week we have our in-class final exam so it will be a lot of reading the coming days (and nights).

This was a fairly (VERY) long update and I didn’t even mention so many other things. It is insane how much you can see and do in only 4 days. We drove 1500 mile (2400 km) and can now check off 9 US states. Chances are we’ve seen more of the country this weekend than the average American will see in his entire life. Crazy. Without a doubt, one of the coolest weekends in my life! Fo sho.