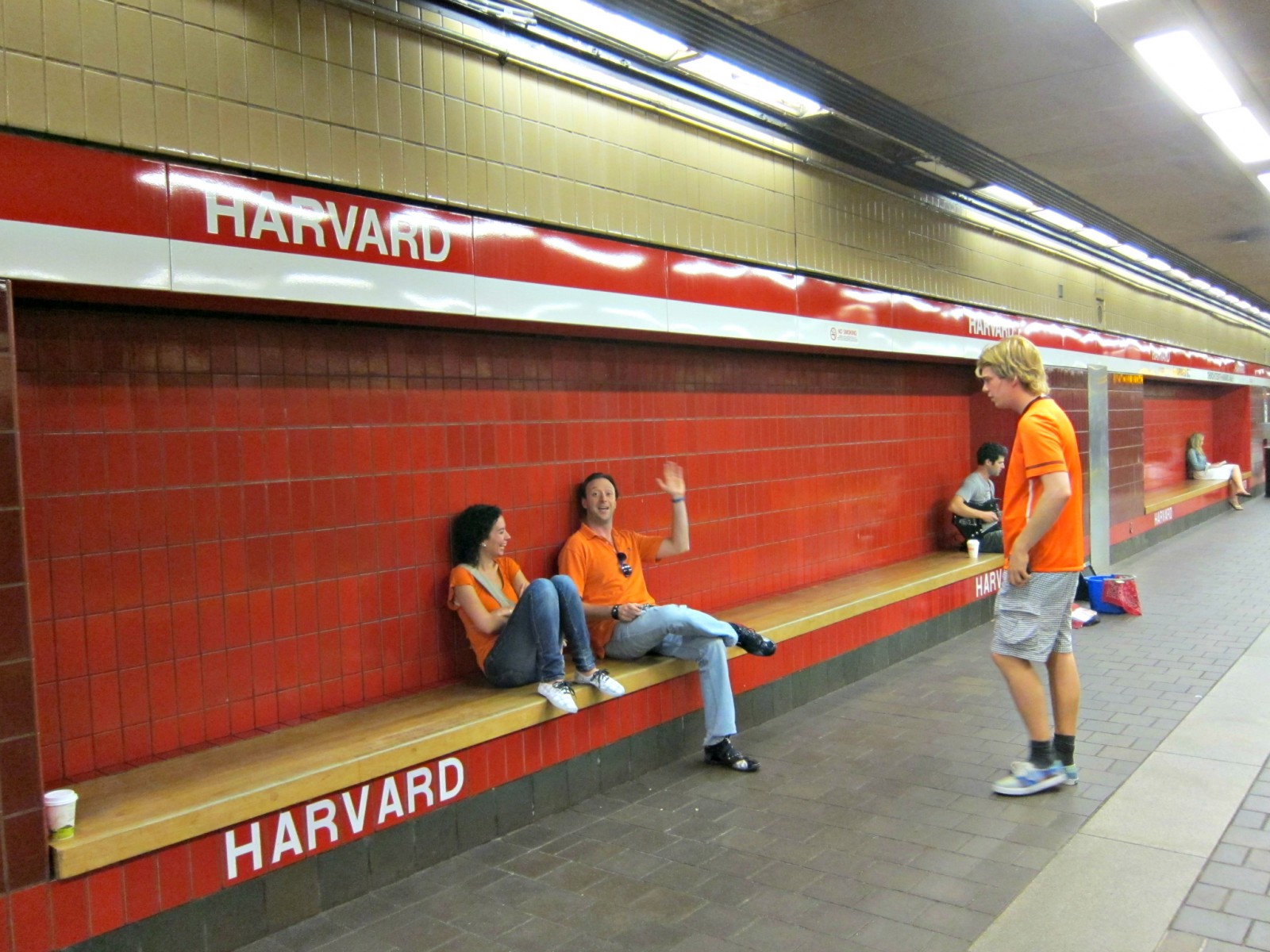 I got sunshine, on a cloudy day  – The Temptations

So it has been two weeks since my last update about my life here at Harvard, so I’d thought it was ’bout time! The weekend after my last post I was supposed to go on a few sightseeing trips, but as they say, (Harvard) life got in the way so I changed my plans.

On Friday we had our very first Harvard dorm party. Boy, what a lame party! If you want to throw a party here you have apply to the dean (that’s right) at least 10 days in advance. You have to name all guests on the application form and you just hope the dean will approve. Crazy right?! When we (us 4 Dutchies) arrived it was soon pretty clear that it wouldn’t be your classic out of control college party: no music, white fluorescent light and everybody just stands around a bit. Boring! After a while we just took some beers and headed down to “the bench” at the Charles river again, which is now a Harvard tradition for us.

So since it got pretty late and I had my fair share of G&T’s, I thought it would be best to skip the whale watching trip to spare my stomach… Instead I met up with one of the boys at 10am to go watch the US-Ghana game in Boston. Great plan, but when we arrived with our hangover heads we discovered that the game wasn’t until the afternoon. Awesome. So we decided to hang back in Boston for a while and chill out in the Boston Common – sort of the city’s answer to Central Park. It was a good place to people watch, and there were so many obese Americans “walking” around. In fact, it still amazes me how many overweight people I’ve seen so far. In The Netherlands an obese person is still the odd one out who struggles to find clothes that fit, but here the entire society has adapted, with XXXXL clothing stores, bigger seats, and everything. It makes me sad and mad at the same time since it is just crazy what sort of food is considered as normal or even healthy here. The “Big Gulp” at 7-Eleven contains over 1.5 litre of soda and is sold for 99 ct. At Starbucks they top your frappuccino with whipped cream as a standard. And overcreamy Mac and Cheese is portrayed as healthy since it has low-fat cream in it. Seriously people! Feed your body, don’t just fill it. Anywho… In the afternoon we watched the game in the proclaimed number one sports bar in the US, which was pretty fun. Too bad they lost… On Sunday I spent the entire day studying and of course we ended our day on our bench at the Charles. 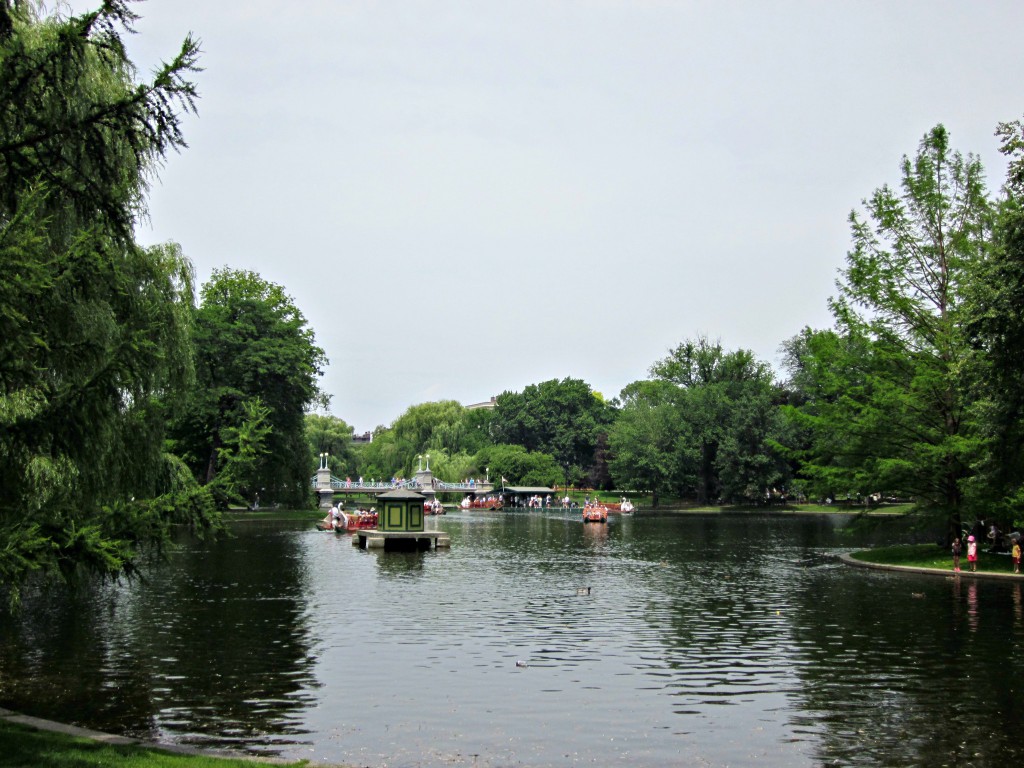 Monday morning we got up early to go to Boston to watch the game in The Greatest Bar, since we’d heard from the president of the Harvard Dutch Cultural Society (that’s right) that other Dutchies living in Boston would also be there. He was right: the entire bar was filled with Dutch people, except for one lady from Slovakia. Ha! Unfortunately, there wasn’t much time to celebrate since we had to be back in class. The rest of the week was pretty much study, eat, bench, repeat…

On Friday we again gathered pretty early to head to The Greatest Bar (remember it’s 10am when the game starts at 4pm AMS time…). This time around we even managed to decorate the bar with orange and red-white-and-blue flags, so pretty much took over the bar! After the nerve-racking game (my heart stopped like 20 times), we decided to chill in the Boston Common again and afterwards I went to the movies. 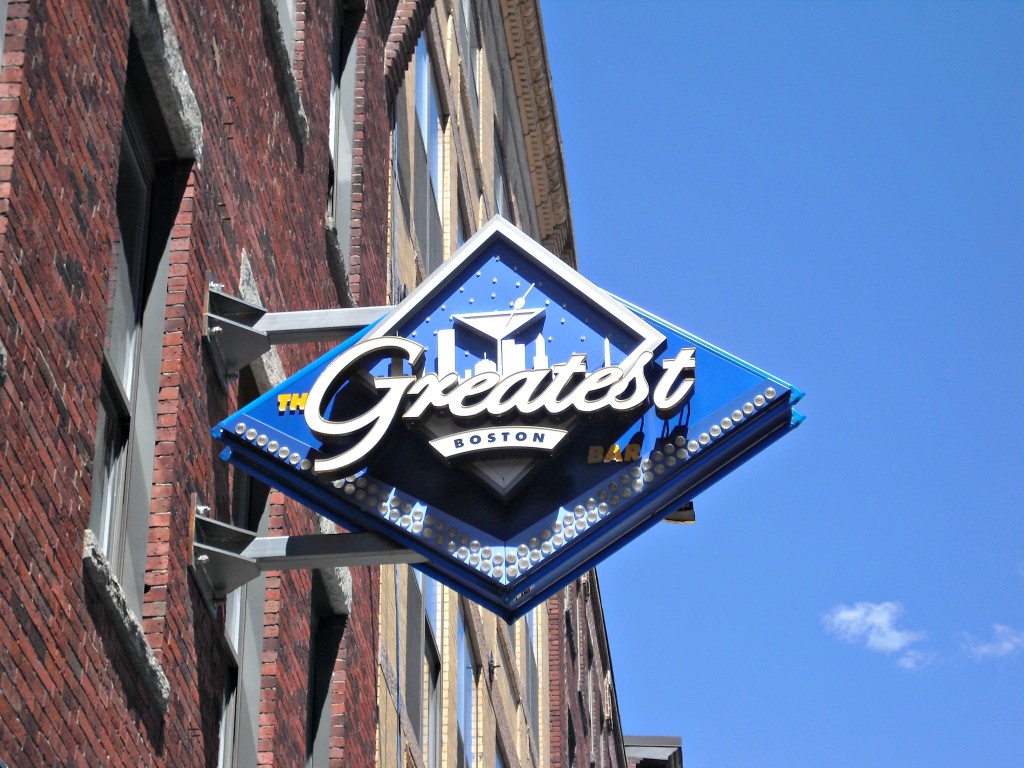 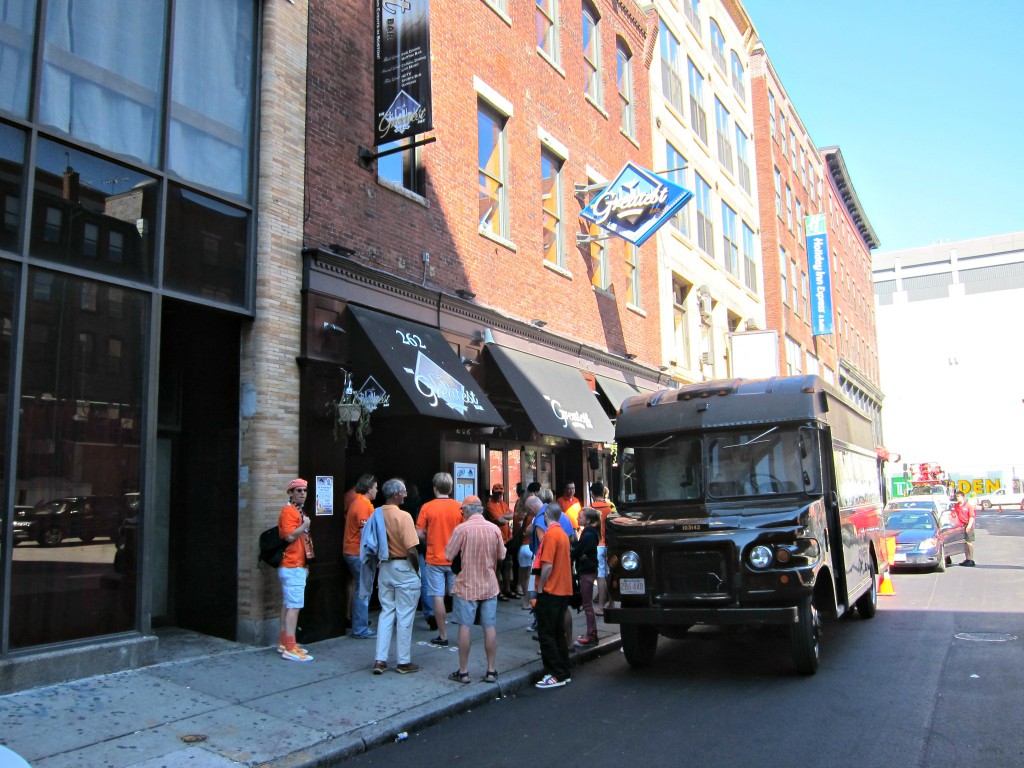 The next day one of the boys and I rented a car to go to Newport, Rhode Island (which we now can say was our first official date!). Newport is only an hours drive from Boston so when we got there we checked in at our hotel and drove straight to the beach. This little town is soooo lovely! It’s a fairly small port town where the well-off New Yorkers used to reside in summer (and still do). Completely different crowd and the vibe is very relaxed. Think Regatta / Tommy Hilfiger / Ralph Lauren: you get the picture. We had an amazing dinner at a restaurant near the water, The Black Pearl, with oysters, lobsters and lots of Chardonnay. So great! On Sunday we had a lovely brunch at another restaurant, Clark Cooke House. 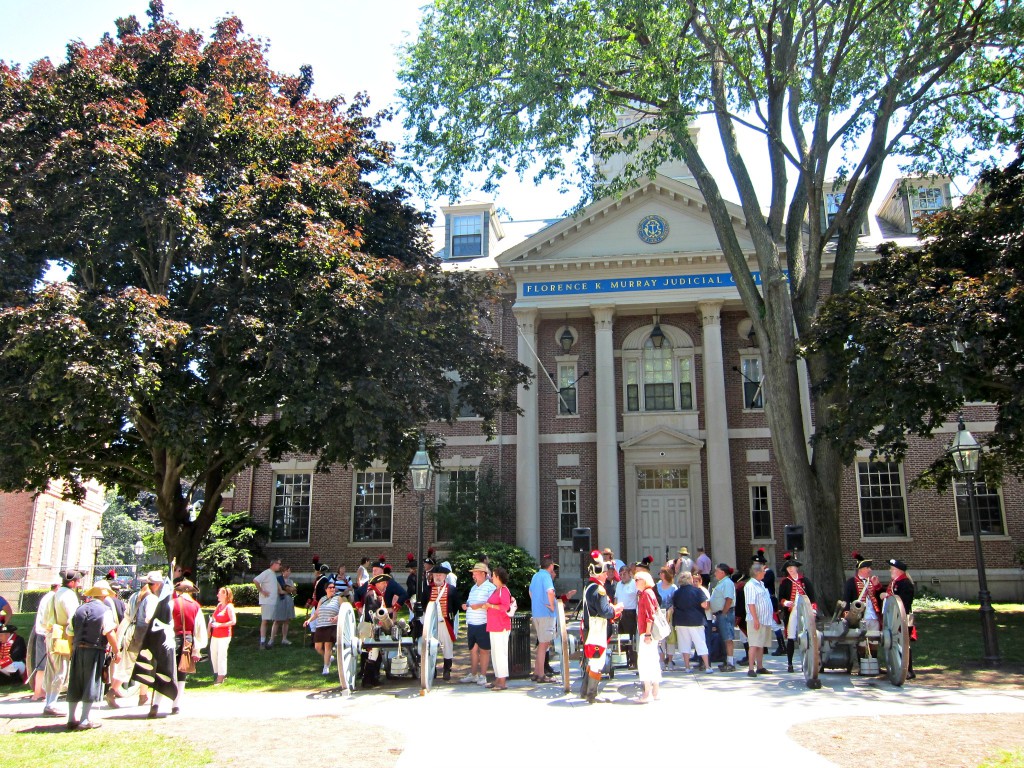 After a nice afternoon in Newport we headed back to Boston since we wanted to be back in time for the 4th of July Fireworks! It all started in New England of course, so the fireworks in Boston are supposed the best in the country. I don’t know about that, but I can tell you that it was f-ing spectacular! Wow! Everyone gathers on the banks of the Charles. Oh, and with everyone, I mean: 500.000 people… Crazy. The fireworks are set off from the water which makes it extra magical with all the reflections in the water. A lot of people also take their own boats (even inflatable ones) out on the river. It was really special to be a part of this. After the show we went to a bar in Boston and eventually I ended this day and amazing weekend tired but happy in bed.

Monday was a bank holiday since everyone has the day off after the 4th of July. We planned on taking a trip somewhere and study on the beach or something, but it was so crazy hot that we decided to stay at Harvard Campus in Cambridge and study in the shade on the field across Winthrop House. Tuesday was of course the big day… So we put on our orange outfits and headed to The Greatest Bar to see the most thrilling game ever (I hope the final on Sunday will be even better!). Even though we all felt a bit homesick when we saw images of all those people gathering at Museum Square in Amsterdam, it is super special to experience this abroad with a group of Dutchies. Oh, and a flight back home for the game was over $1200, so yeah. After the game we celebrated with a large group at a lovely Italian restaurant. Another fun fact about that day was that it was the hottest day in a decade in this area. Over 100 degrees Fahrenheit. It was crrrrazy. Add the extreme humidity here and you will have totally not cool (literally) weather. I’m having a cold right now since the aircon is put up big time everywhere so the temperature difference between indoors and outdoors is sometimes over 15 degrees (Celsius). Except in our no-AC dorms, where it is totally possible to melt down in your sleep. We serisouly considered to sleep outside last night because it was still over 95 degrees Fahrenheit at 1:30am in the morning… Who knew that I’d miss those cold Dutch nights! Just kidding!

Overall I can say I’m doing pretty freaking good out here: I guess Harvard agrees with me!