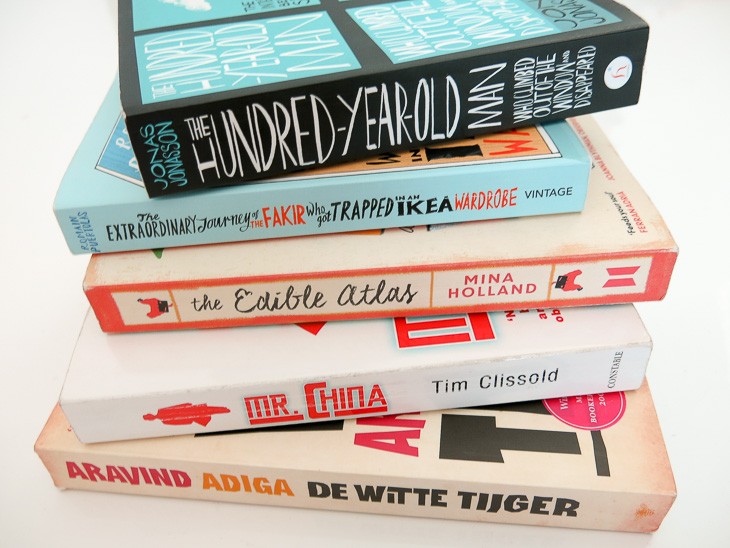 One of the new year’s resolutions that just keeps making it on the list each year is the intention to read more the coming year. Don’t get me wrong, I really love reading, but for some reason I just can’t make it a daily habit. Recently I’ve started to read on the train to work from Amsterdam to The Hague, but between answering calls, replying to e-mails, getting my Chinese homework in and checking Instagram, I usually only read a few pages each week. Well, at least that’s something. The only time I really can get lost in a book is when I’m away on my travels. I usually bring 1 or 2 books and then swap them out with my man (which sometimes is annoying because he reads way slower so I have to wait till he has finished his book). So if you’re anything like me (lucky you), I think you can relate to the fact that there’s no better place to read a book than on the go. Here’s a roundup of a few of my favourite books I read while on the road somewhere.

Read on the beach in the Philippines 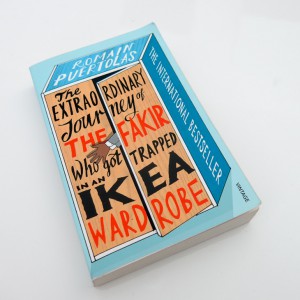 I bought this book at Schiphol airport not long before we had to board our plane. It’s not unusual for me to buy books at airports and this amazing book by French writer Romain Puértolas was definitely a hit. Of course I was immediately hooked because of the quirky title, and yes, it actually is a story about a fakir who gets trapped in an Ikea wardrobe. The fakir travels all the way from India to Ikea in France to buy a very special nail bed (that’s correct). Being the con man that he is, he thinks he can manage to buy it with his fake 100 Euro bill that is printed on one side only. From here on, everything goes south, and so does our fakir when he gets trapped in the wardrobe. Not alone is this a very amusing and slightly weird book, it also tells a much deeper story about the fakir’s journey that will warm your heart. Starting out as a serious crook and professional swindler, the fakir gradually transform into a kind and loving man. Each event he witnesses, each person he meets ignites a change in him that makes you believe there is some good in each and everyone of us. The perfect mix of whimsical and meaningful.

Read on the train through India 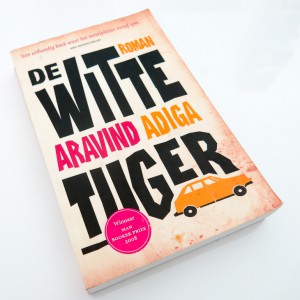 I’m going to be blunt, but I really think you can’t go to India without having read this fantastic book first. Published by Aravind Adiga in 2008 as his debut, it won the Man Booker Prize in that same year. You will get a very good insight in India’s (caste) society through the eyes of Balram, the book’s main character. He tells his story through letters he writes to Wen Jiabao – China’s premier – who’s coming to visit India. Being born in the Halwai caste as the son of a rickshaw driver in a rural village in India hasn’t given Balram much chances of escaping his life in the “darkness”. But after he learns how to drive he manages to get a job as the driver of a rich entrepreneur and his wife and he moves with them to Delhi. Balram witnesses corruption, mainly within the government and the police system, and eventually becomes pretty good in bribing and extortion himself. Of course this has to end with a desastrous event that only makes things worse for Balram. This book provides a wonderful description of the “two India’s” that I experienced while travelling across the country in 2009. The growing middle class opposed to the Balrams of the country. It is a sad reality, and this book really nailed describing it exactly as it is.

Read on the train through China 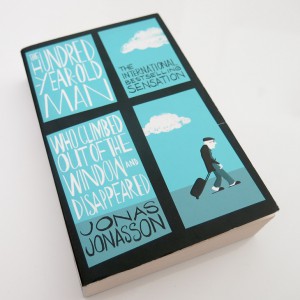 For me, this book by Jonas Jonasson is the ultimate adventure story. It is the kind of book that immediately comes to life before your eyes. It is also the ultimate feel-good book that – in my humble opinion – is almost suitable for all ages. It starts on the hundredth birthday of Karl, who lives in a nursing home. Just as he is about to celebrate this memorable day, he decides to do something impulsive and he just climbs out of the window and takes off. While still wearing his slippers he somehow manages to embark on the most adventurous and epic journey. Each unexpected and hilarious event leads to another and at the same time Karl’s backstory is told. You will soon discover that Karl has been a part of many important historic events. This charming and warming story has been a huge hit all over the world and I think the reason is that we all want to believe that we can still be, or start to be, adventurers – even at the age of hundredth. Oh darling, let’s be adventurers… 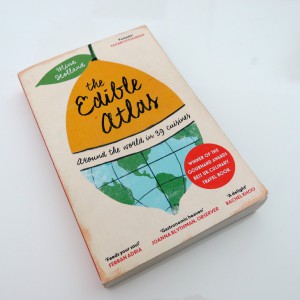 I bought this book in London in an amazing (travel) book store near Covent Garden, Stanfords. Definitely go there next time you’re in London. If you’re a travelling foodie like myself you will LOVE this book and I can’t recommend it enough. Written by Mina Holland, who is the editor for The Guardian’s cook & food section, this book takes you around the world in 39 cuisines. “When we eat, we travel”. That’s exactly how I feel about food and eating. The book is filled with anecdotes and stories about the foods that characterize certain regions of our world. Pasta and Italy. Hummus and the Middle East. Curries and India. Kimchi and Korea. Sushi and Japan. Tagine and Morocco. Ceviche and Peru. The tradition and history of these, and many more, dishes are described in such a lovely detailed way that you can almost see yourself sitting at a kitchen table in a home in one of those places. Of course Mina also includes recipes so you can get your cook on right away. Best food-and-travel-combo I’ve read so far. Anthony Bourdain eat your heart out. Okay, that’s not true: I also love Anthony Bourdain. But Mina Holland is my new food writer rockstar. Check it out!

Read on the train to work

This fantastic book was bought at Hong Kong airport, and okay, I suppose this book by Tim Clissold can be seen as a business book, because it sort of is. Bút, it is so much more than that. It is the most entertaining tale of doing business in another part of the world. In this case: China. This non-fiction book tells the story of an Englishman (Tim Clissold) with an interest and fascination for China who meets a Wall Street banker and they decide to start doing business in China. They were one of the first international companies to invest in China in the early 1990s. The book is filled with stories about the struggles they had to overcome in order to set foot in one of the largest closed off economies at that time. If you – like me – have an interest in China, have been there or planning to go there this is definitely a must-read because you will learn a lot about Chinese people and their customs and traditions. Let me tell you, it is no easy task trying to do business in China, and the anecdotes in this book are sometimes so hilarious and crazy at the same time that you can’t even believe it actually happened. But it did! It’s a memoir packed with ups and downs, very enjoyable to read and it’s arguably the best book about doing business in China.