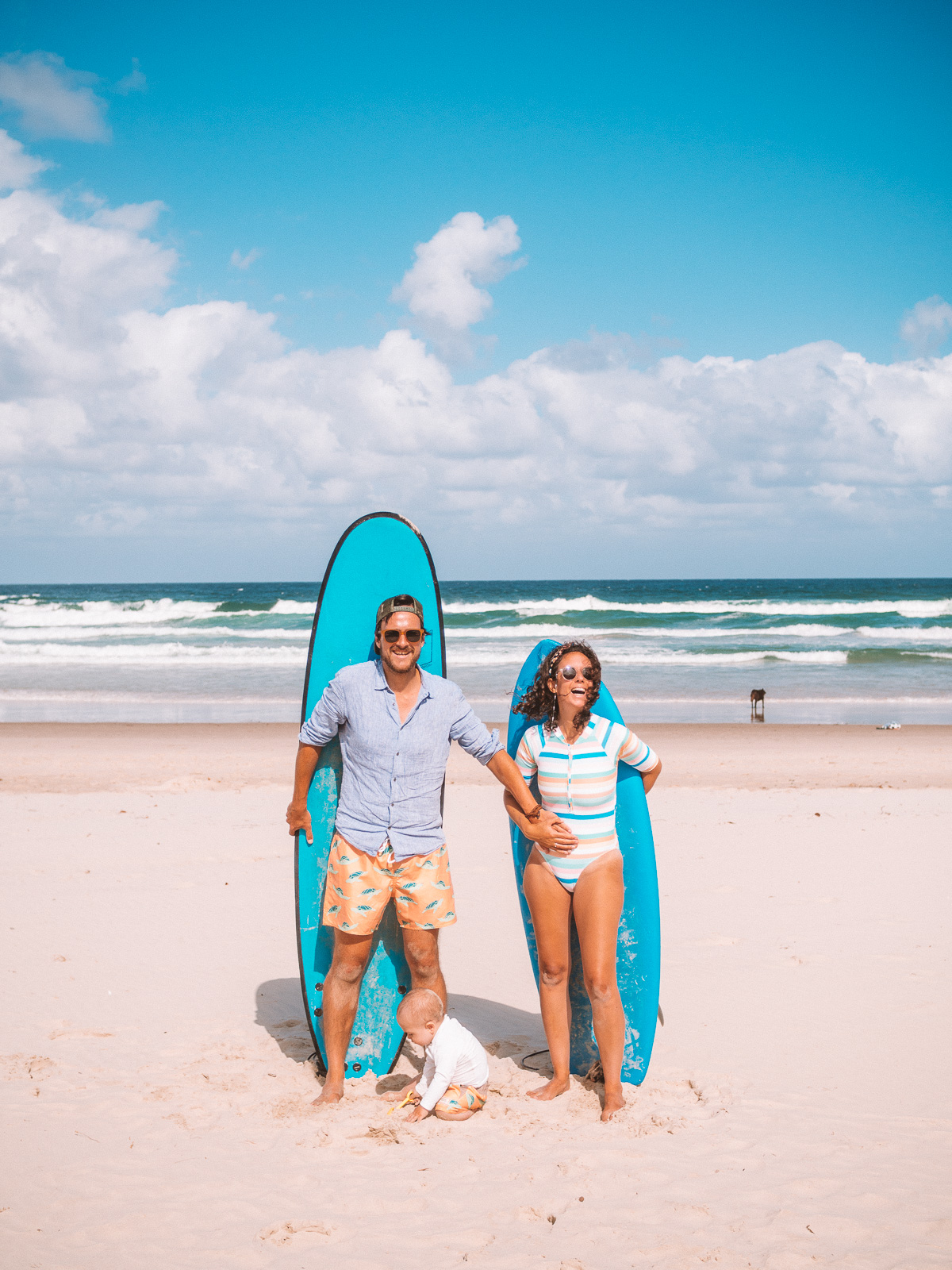 Oh yes, we’re adding another little bambino to our tiny adventure tribe. Expected time of arrival: late July. And since Luc was pretty much on time (only a few hours after the due date) I hope baby number two will have the same sense of timing. But we’ll see, a baby comes when a baby comes.

The first year after Luc was born I didn’t want to think about another baby. Well of course I thought about it, and we often discussed wanting another kid, but I wanted that first year to be about Luc, and not about trying to conceive his baby brother or sister. It took us a while to get pregnant the first time around (read more here if you want), and that stress wasn’t something I wanted to deal with while I was still adjusting to being a mom in the first place.

And because it took us a while that first time we thought we’d just slowly start trying after Luc’s first birthday, and see how it would go from there. And what do you know? A week later I got pregnant. Pretty much when we were about to leave for Australia (not literally people: just to clarify we didn’t make a baby in an airport restroom). So yeah, we’re gonna have two under two. For a little while that is; there’ll be a 21 months age difference.

Of course we didn’t think it would be a slam dunk on that first try, so I wasn’t really wondering if and when my period would make its arrival (which was hard to say anyway because that red monster had been all over the place since giving birth #sorrytmi). We were just fully embracing life in Byron Bay. Surfing every day, spending family time on the beach, and eating our way through the farmers markets. But in the second week I started to feel a little queasy every now and then. Nothing major, but I just felt a little off. I decided to do a test, just in case. And I didn’t tell the husband because I didn’t want to get his hopes up.

So one morning when they dropped me off in town for a surf session I sneaked in a visit to the pharmacy. But as soon as I held that test in my hand I realized I couldn’t wait any longer; I just had to know. Being away from the house meant my options for restrooms were pretty limited. Enter: the Byron Bay Public Restroom. Yes people, I peed on a stick in a dirty public restroom. That’s how curious I was. Two seconds later I saw two pink lines and realized that HOLY SHIT, we are having another kid.

I still had an epic surf session that afternoon with the conditions being absolutely crazy (thanks Chris for showing me how to surf Cosy Corner!), and while I was catching waves I realized there was a tiny sesame seed sized baby inside of me. I don’t think I’ve ever felt so high on life. In the afternoon I bought a teeny tiny newborn shirt as a present – and hint – for the husband. But he didn’t really understand it at first: “uh, isn’t this too small for Luc?”. Well honey, it’s not meant for Luc, it’s for his little brother or sister… ♡.

Finding out I was pregnant in Byron Bay made our one month stay there even more meaningful than it already was. We dreamed about raising our kids there. In that beautiful cottage we spotted in Bangalow, with the big porch and palm trees in the yard. Watching their first steps on the soft sanded beaches. Their first attempts of catching a wave. Having breakfast at the farmers market, where we’d meet up with our friends and neighbors. Going on adventures in the lush green hinterland. Swimming under waterfalls, and in the tea tree lakes. Living a simple but happy life.

Of course we knew our dream had to come to an end – at least for now – since life in Amsterdam was calling. And I don’t know if we’re ever going to make it work, relocating to Byron Bay, but the fact that we found out our little family was growing while we were there will always be a reminder of how we want our life to be. I just hope that I will forever remember that feeling when I think of our time there. And when I look at my boys. Oh yes. It’s a boy. I’m gonna be a boys mama. My heart is almost bursting with joy ♡.

So how am I feeling? Other than over the moon happy, I’m feeling pretty freaking shitty. Remember I was dealing with the ever present 24/7 sickness for the first 16 weeks of my pregnancy with Luc? Well, I think we can say – now that I’m almost 15 weeks preggers – history is repeating itself.

As of week 6 I started to feel extremely tired. If you’ve ever experienced pregnancy tiredness you know how all-consuming it is. And since we were still in Australia at that time we just did our activities in the morning and I would take a nap in the afternoon while the boys would play on the beach or went for a coffee run.

In week 7 the nausea entered. Oh hello there, you nasty old friend. Thank heavens surfing actually helped to deal with the sickness, probably the combination of focusing on the waves and the motion of the ocean. So I would surf in the morning, and then eat something, felt kinda okay for a few hours, and then it was nap time. It was fine. I could handle it.

Butttttt…. Then we got back home and all hell broke loose. I’m kinda exaggerating, but also I’m kinda not. I’ve been feeling so brutally awful these last 2 months. And having an active toddler around isn’t really making things easier. So we had to adjust our family routine, meaning the husband had to do even more than he already does because I was a total mess. And of course I love him for stepping up, but it also made me feel really bad because I was so freaking useless. As a stay at home mom no less. After a while we sort of found a way to keep the daily processes running, so everyone would be fed and taken care of (including the doggo!). So a BIG shoutout to the husband because I would’ve 100% lost it if it wasn’t for him.

As of a few days I’m slowly starting to feel a little less horrible. The sickness comes in waves instead of just being there ALLLLL the time. My appetite is getting back which is hopefully a good sign (I lost a lot of weight, which is pretty bad during pregnancy). The extreme fatigue is still here, so most of the day it’s still PJ’s on the couch (the current sitch as we speak). But hey, I’m growing a little human – a little baby boy – so I’m just giving myself and my body a break. And who knows, maybe the rest of this pregnancy will continue to follow the same course as the first one, because I felt like a total rock star after those first 16 weeks. Here’s hoping!