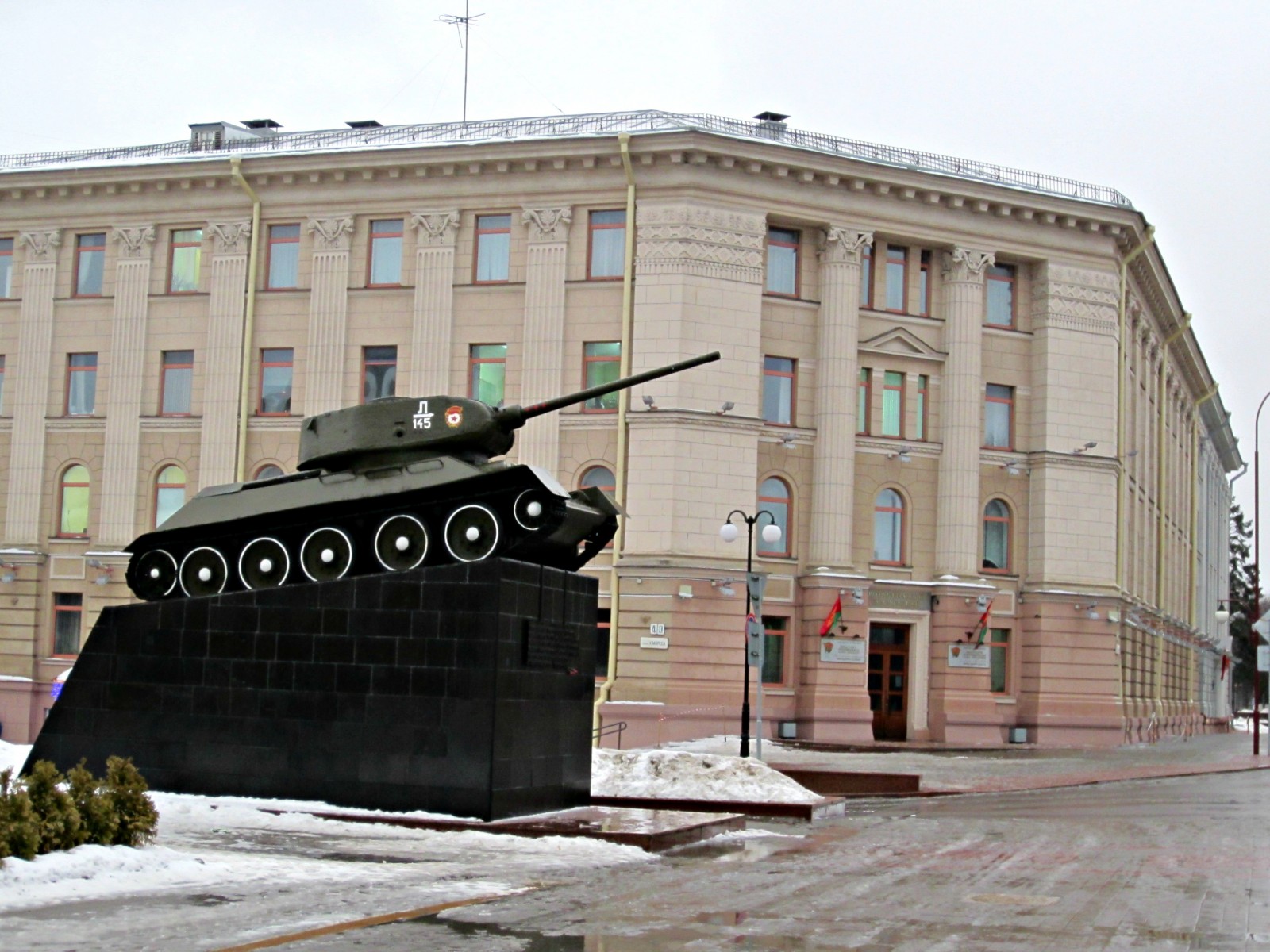 In February me & my 3 Harvard buddies (including my man) took a trip to the very cold and very communist country Belarus. This destination actually emerged as some sort of joke. We were brainstorming about an “off-the-grid-trip”, so let’s say not your average citytrip. Astana (Kazakhstan)? Chisinau (Moldova)? Yerevan (Armenia)? And when somebody mentioned Minsk I immediately jumped up and said: “let’s go amigos!”. Now why this (over)enthusiastic response? Well, as a kid me and my little bro were big – nay – huge fans of Fievel. Fievel? Yes Fievel, that little Russian mouse who moves all the way from Russia to New York, and who scares off the big mean cats by building “The Giant Mouse of Minsk”. Rings a bell? No? Okay, well Minsk is to me what Timbuktu (Donald Duck) is to many others. So go, go, go, off to Minsk!

Obtaining a visa for Belarus is not something you arrange easily, since even though Belarus lies in the middle of Europe, the country is not the bestest of friends with the EU. So waiving your EU passport around will get you nowhere. We asked a visa service to get everything in order for us and we had to hand over all sorts of insurance papers and everything. Unfortunately, that did not impress the aggressive-looking customs lady that I handed my passport and all other forms. She told me something in Russian (probably assuming that I could understand here because of my last name) and sent me up the stairs. I knew what would happen if I went up the stairs: I’d have to pay a hefty “fee” for some sort of made-up shenanigans. That’s not gonna happen, angry customs lady. So I just sneaked to the back of another customs line and I got across the border, no problem. Ha! 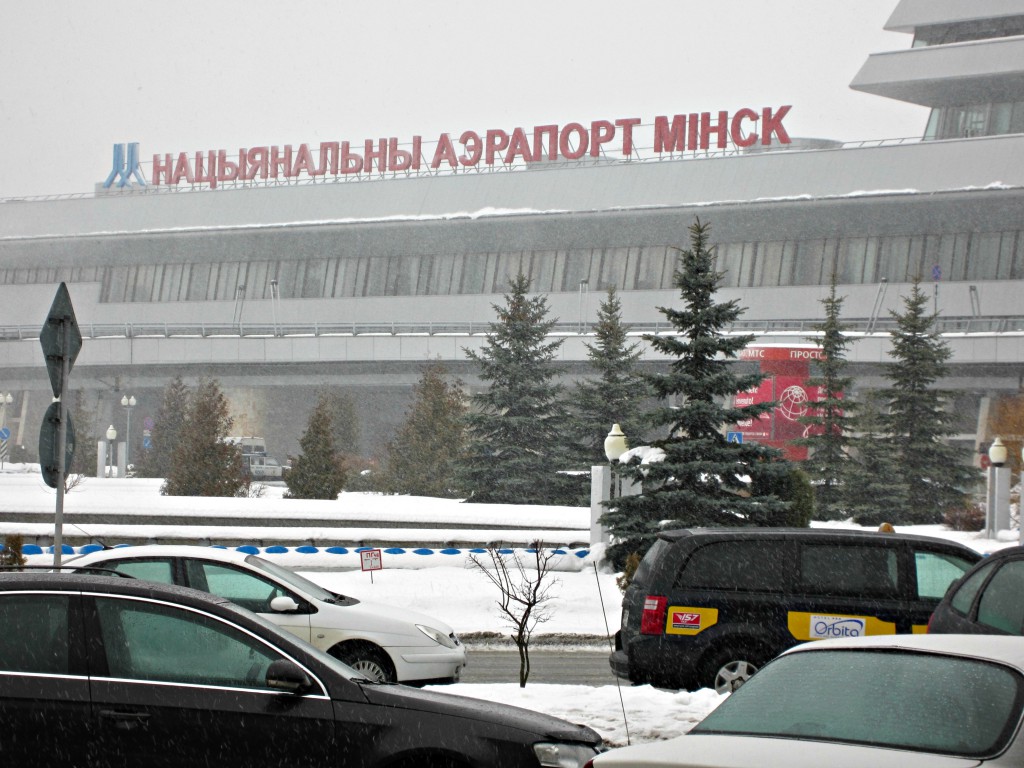 In the end we had an amazing time in Belarus – Europe’s last dictatorship. I rented an apartment online which was a risk because – well – the website was in Russian, but which turned out perfectly. The apartment was pretty big (did someone say jacuzzi?) and it was right in the middle of Minsk. Our balcony overlooked Victory Square, and supposedly these apartments were where the high-up officers used to live. 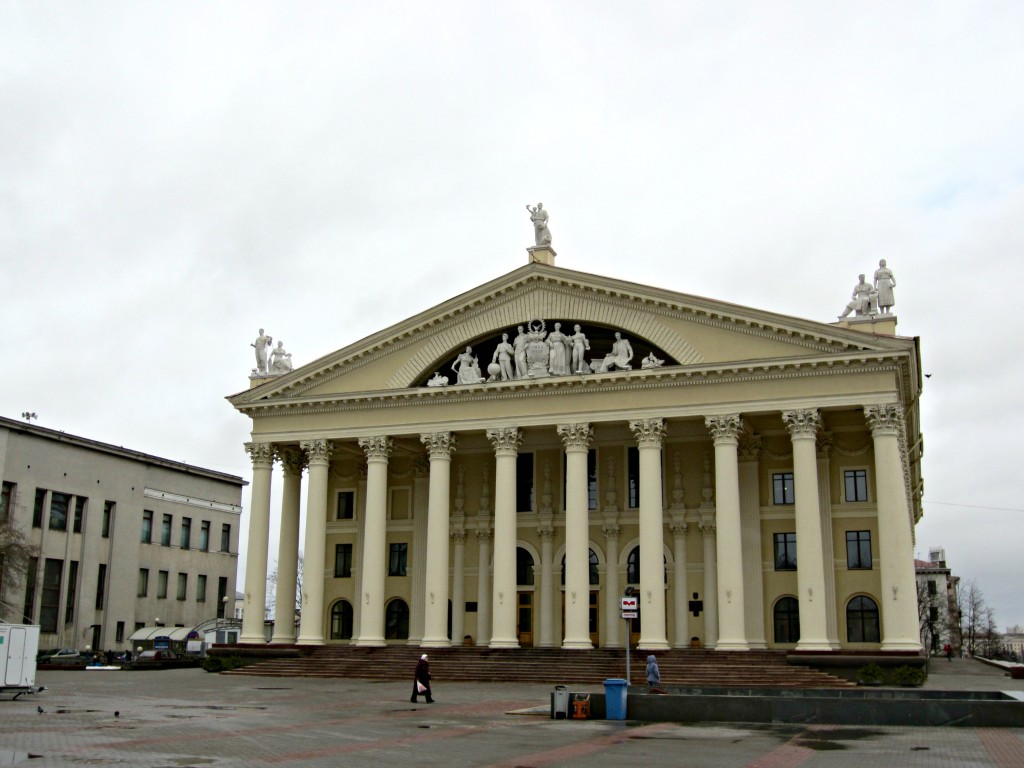 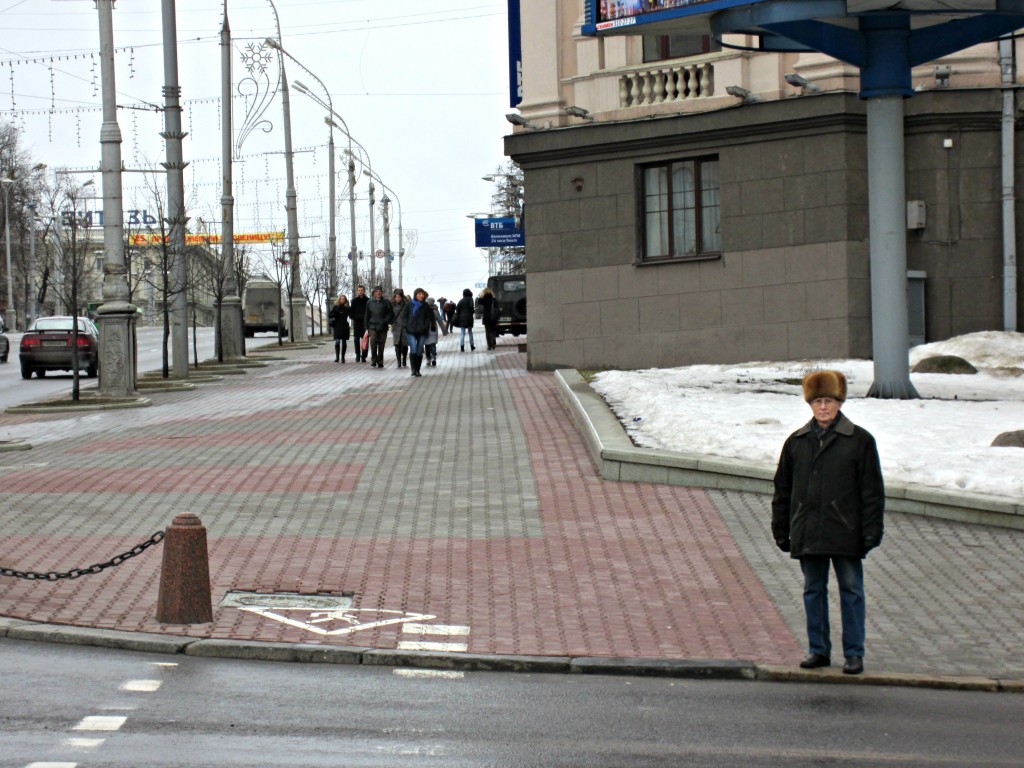 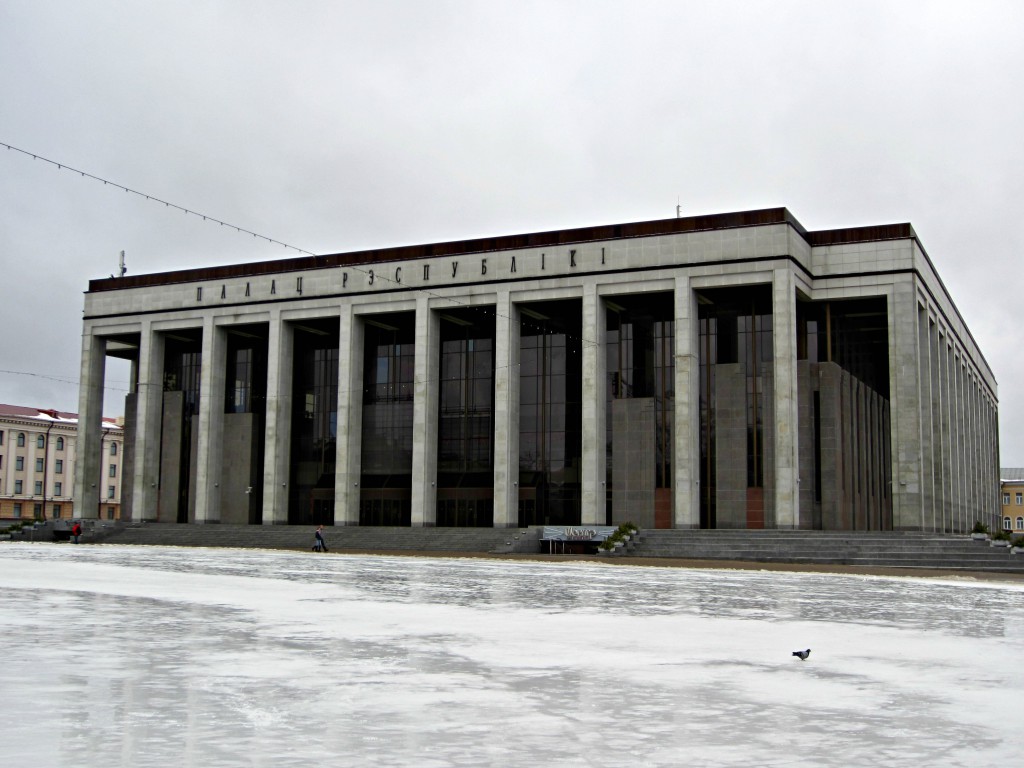 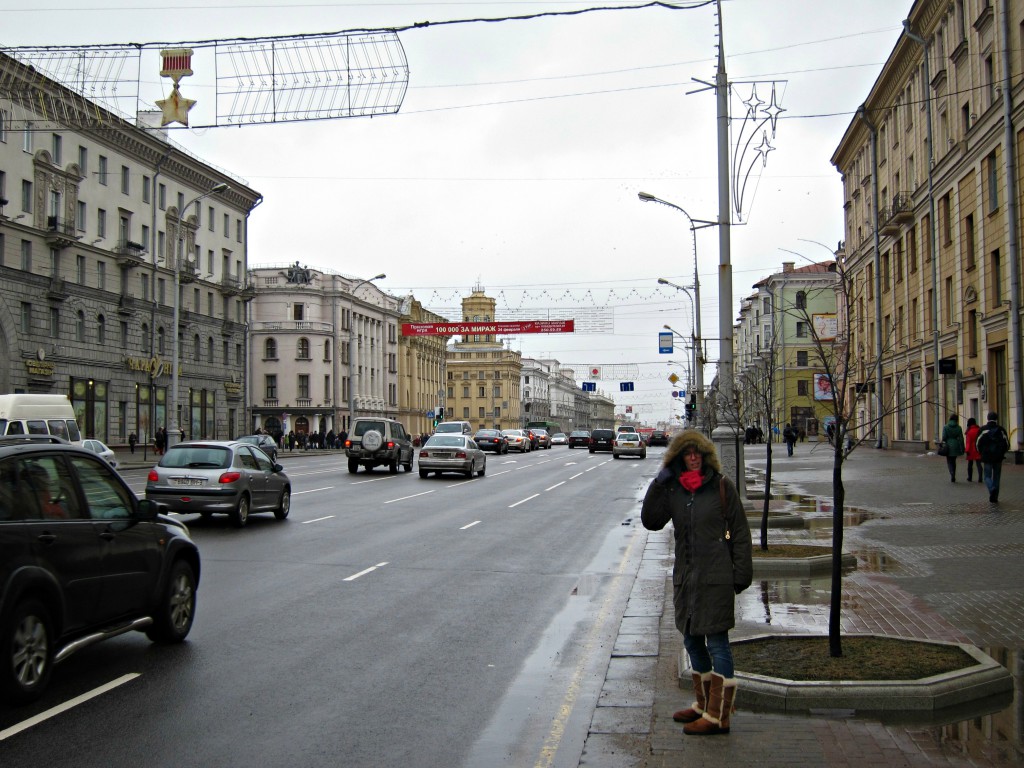 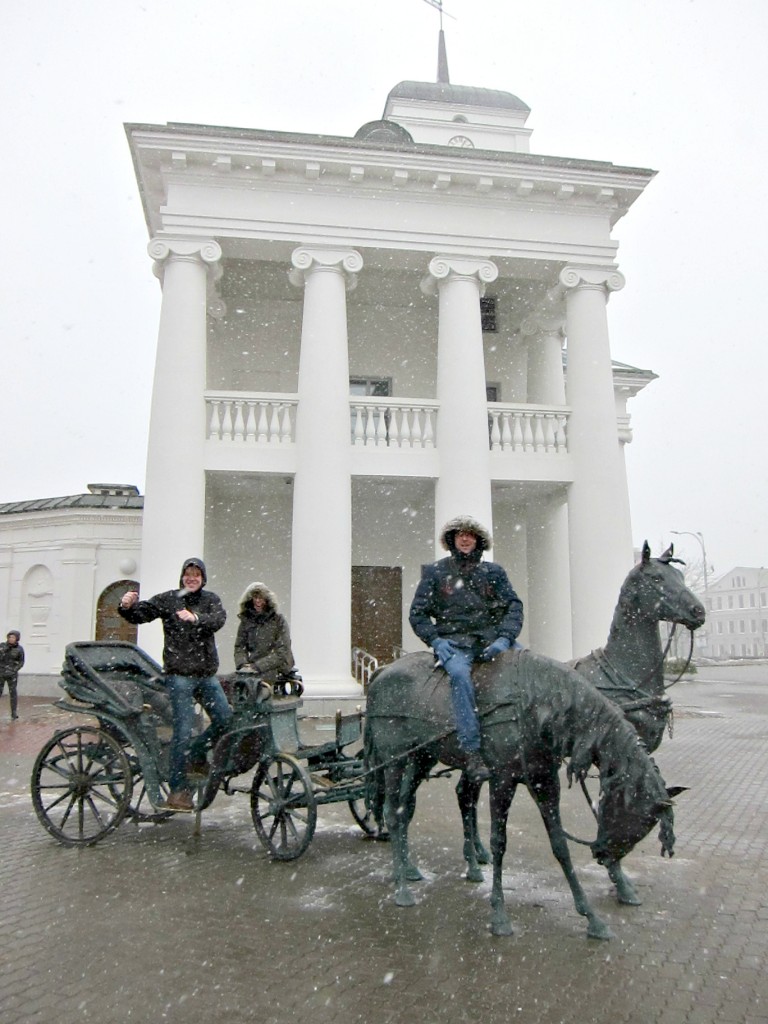 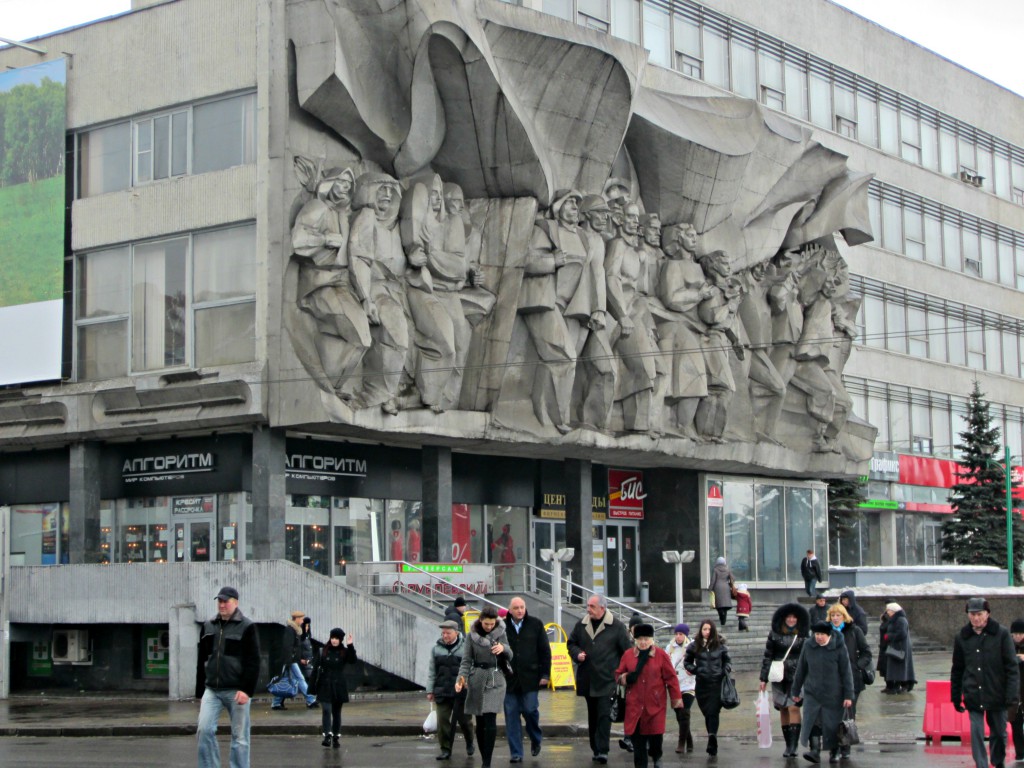 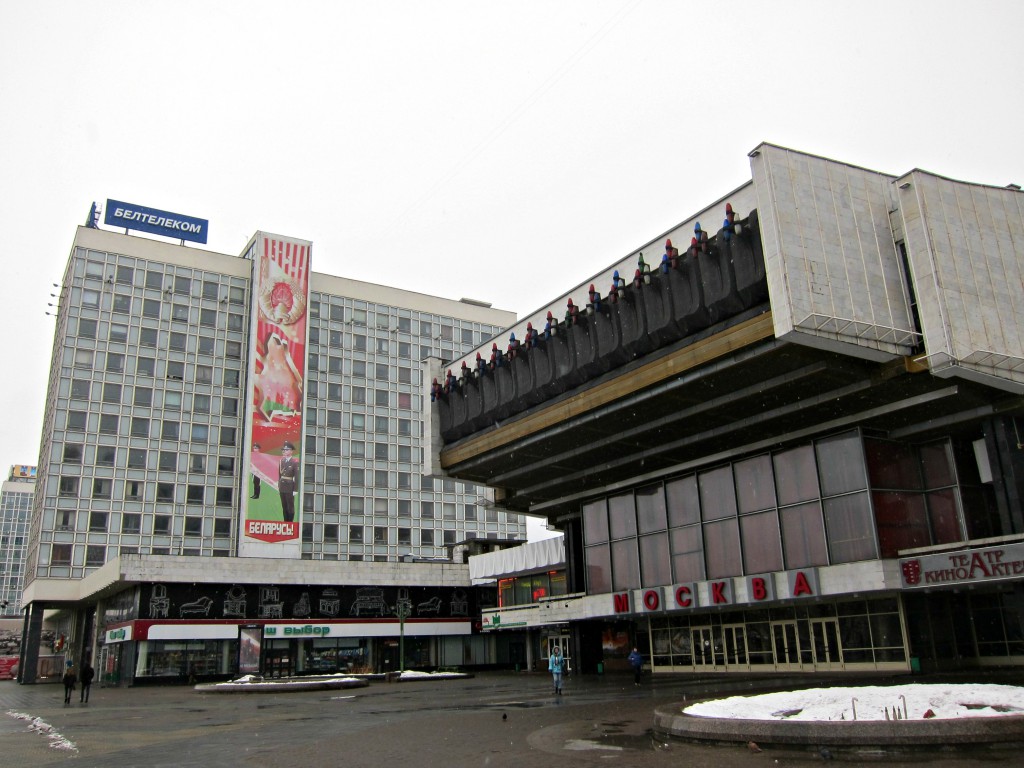 I found a local guide online who took us to places outside of Minsk. We visited the Khatyn Memorial, the site where the entire village of Khatyn was massacred by the Nazis on March 22, 1943. The memorial is very impressive because they have put up little towers with bells on them at each exact spot a house used to be. The bells ring every 30 seconds to symbolize the death of a Belarusian every half a minute during the second world war. You usually don’t hear about the tragedy that happened in this country during the war, but one in every four Belarusians died during WWII. One of the most powerful memorial sites I’ve ever visited. Very harrowing. 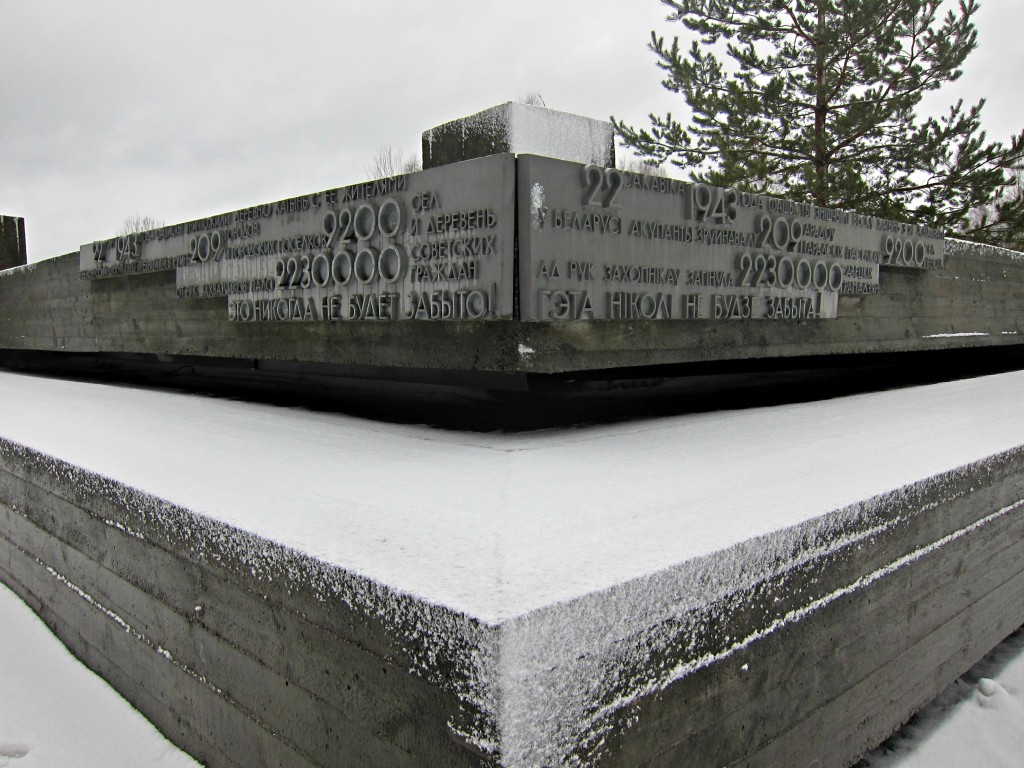 We also made friends with a few local students in a bar that was clearly the place to be on Friday in the afternoon. Even though they couldn’t speak English and my Russian is pretty much limited to 10 words, we kind of had this fun thing going. We even met a KGB spy (who knows) who could speak English a bit, but he was told (ordered?) to stop talking with us by a few not so friendly looking fellas who were keeping an eye on us the entire time. You have to understand that tourism is not really happening in Belarus so a group of four Western Europeans is highly suspicious I guess. The only other tourist we saw the entire week was an American dude. He turned out to be one of those “best not to know him” kind of guys since he thought it was a great move to waive his American passport around while singing (shooting) the US national anthem… Good for him for changing the way Belarusian feel about his country. Not. Missed opportunity buddy.

Another highlight was the visit of some sort of traditional village museum where this amazingly dressed elderly woman sang some folk songs for us and predicted my future (something about getting married and having kids – someday). After visiting the museum we also stopped at the Mound of Glory, 50km outside of Minsk. A nice hike up the steps is no problem when it’s freezing cold outside! 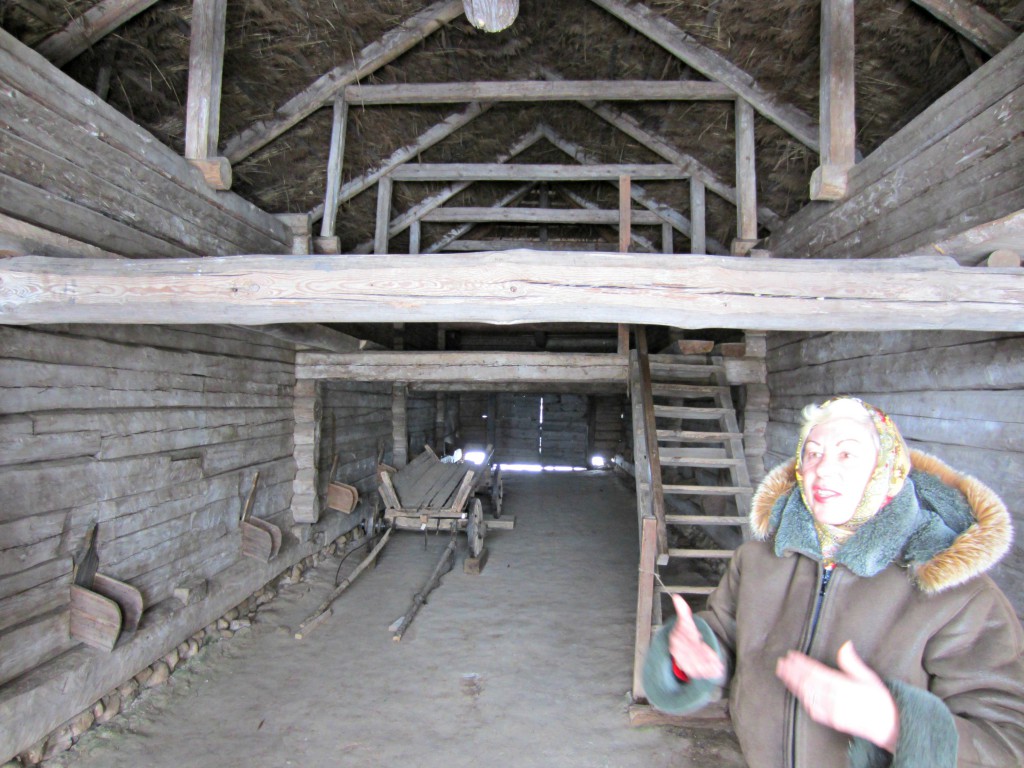 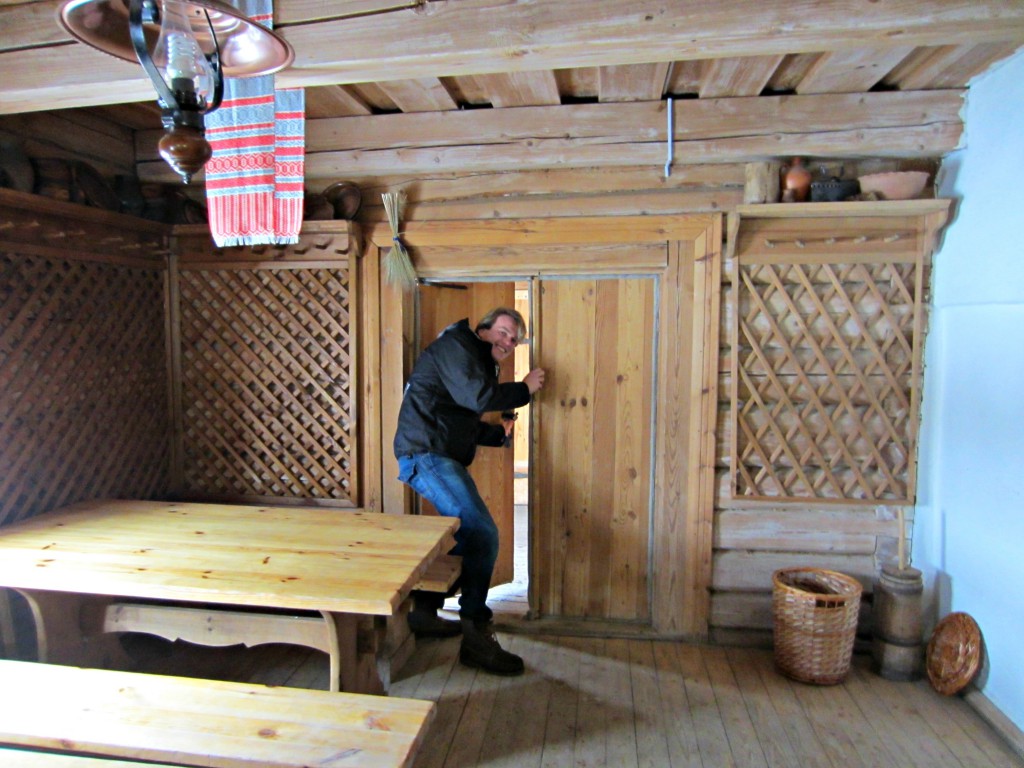 One of the evenings we dressed up (okay, we slightly overdressed) to go to the Belarus Opera House to see their production of Carmen – my Russian grandfather’s favourite opera. Check out the golden hammer and sickle wallpaper, very fancy! After all this fancy pants stuff it was time to hit some tunes and check out the Minsk club scene. And a scene they have! The best clubs in Minsk are more like a hotel bar gone strip club so you can understand that the crowd was very “interesting”. We’ve made friends with a dude who looked like he could be an X-rated actor but he was very friendly and invited us to the VIP-lounge. Who cares what kind of work he does, right ;).

Another must see sight in Minsk is the National Library. The library moved to a new building in 2006 and can hold over 8 million books. In theory. You probably guessed it, there aren’t that many books in Belarusian… Okay, so why do you need to go there? Well, because Lukashenko thought it was nice to portray a hysterical light show on the library. Communists just don’t do subtle.

Okay, if you’re looking for an off the grid city trip, definitely consider Minsk! And to enhance that grey, faded glory of communism, do like us and visit in winter when it’s freezing cold. A trip to Belarus is definitely an adventure you will not easily forget.