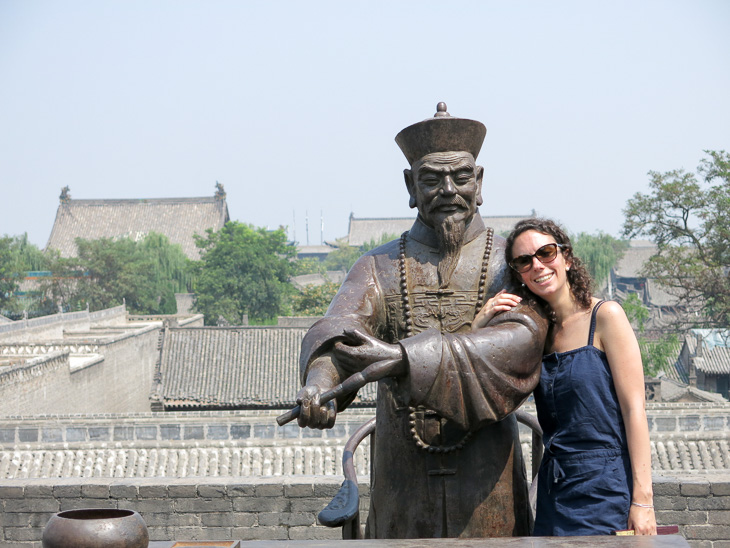 On Tuesday 30 July we left Pyongyang railway station and after we switched trains in Dandong we had another 14 hours before our arrival in Beijing, 23 hours after we’d left the DPRK. The rest of that day was spent in The Village, a shopping complex in Beijing where we had a final lunch with our Dutch buddies at Hatsune (second time for us – best sushi ever).

In the afternoon we started our ticket to ride China adventure and jumped on yet another train, the sleeper train to Pingyao (13 hours) where we arrived at 5:18 in the morning. Thankfully our hotel picked us up at the station (free of charge) and (1) we could check into our room straight away, and (2) they gave us a free upgrade. The hotel was very nice and included a complimentary Chinese breakfast, which was actually the best we’ve had. So if you ever are in Pingyao, the Cheng Jia Hotel is highly recommended.

Pingyao is an ancient little town that has a very nice old city wall and various preserved old buildings. It once was the financial heart of the country and the first Chinese bank was established here. You have to buy one ticket which then gives you access to the city wall and 18 other historic buildings. 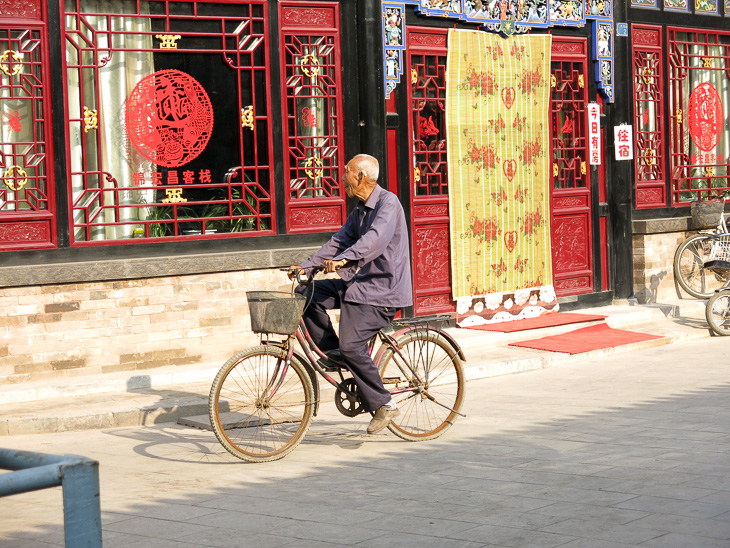 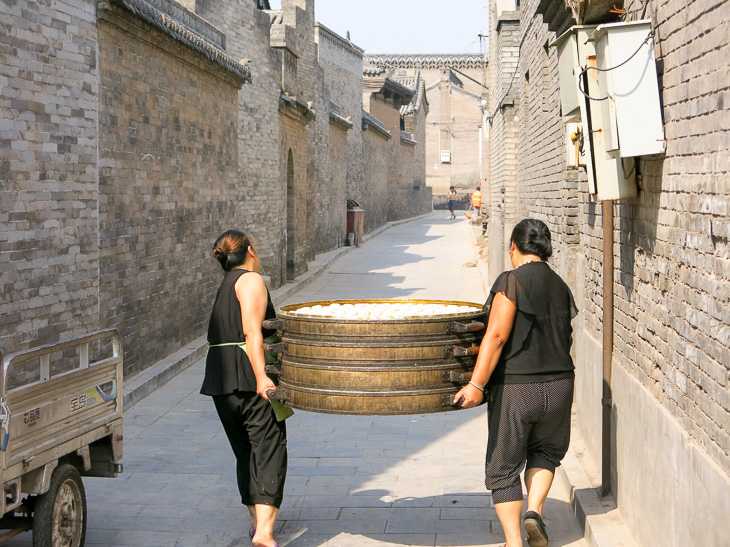 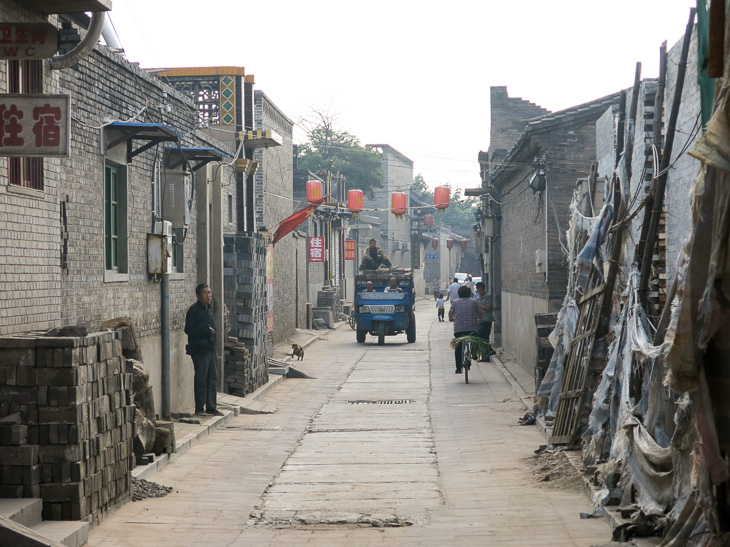 Pingyao is often overlooked by travellers when visiting China which I think is a shame because it was one of our favourite parts of our trip. The vibe is super relaxed and friendly, you can roam around the many little streets ánd we’ve had the best noodle dish ever – Pingyao mountain noodles at Tian YuanKui KeZhan in Ming Qing Street. 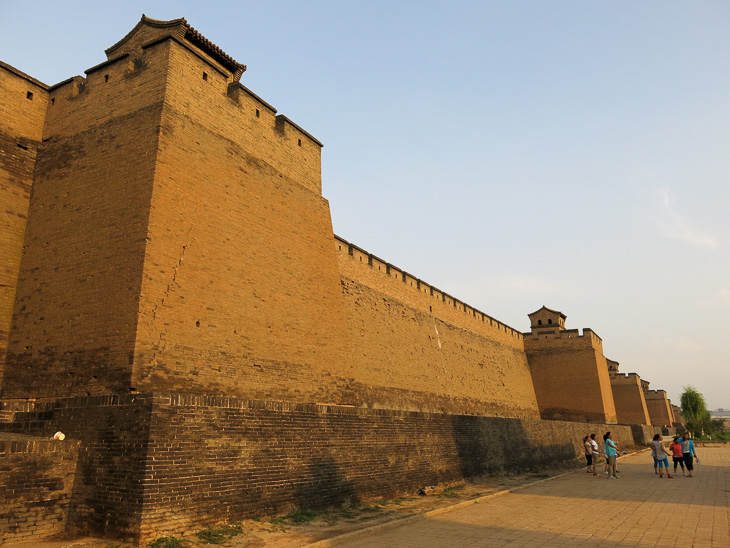 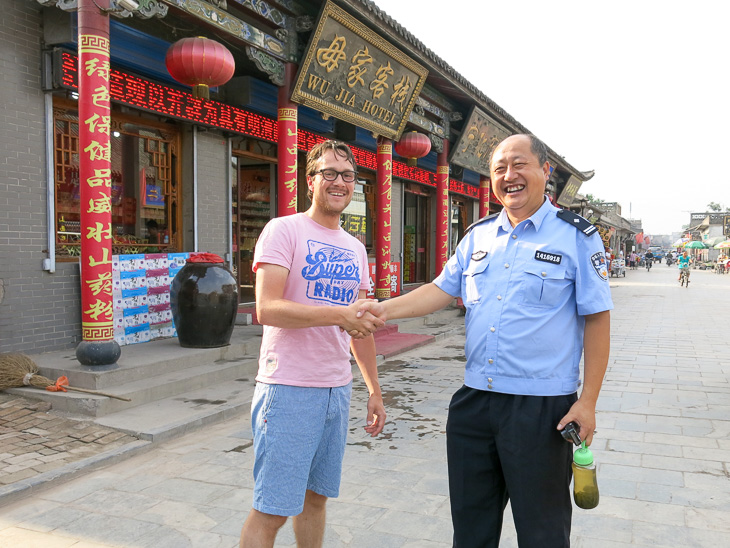 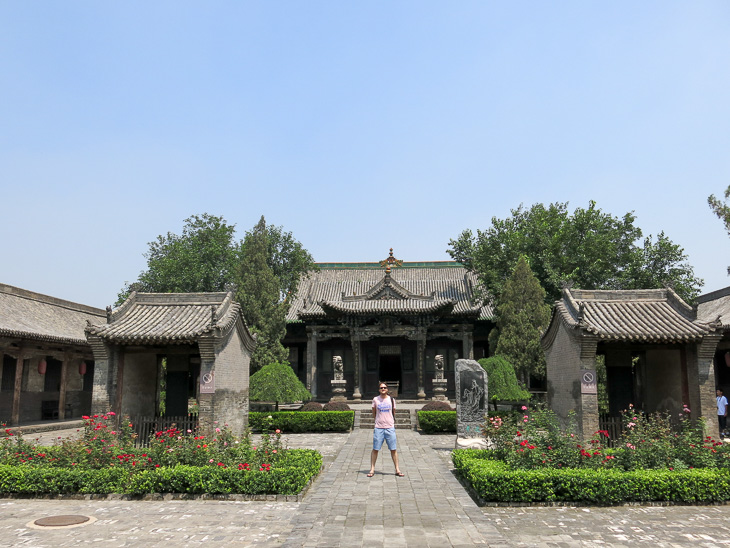 The next day we had a driver who took us to the Wang Family Residence which basically is a massive castle-like complex where the very, very rich Wang family used to live. Although the buildings are very beautiful, it is all preserved “Chinese style” which means it is pretty much left in ruins and those parts that are restored look like a tacky theme park. Somebody should teach those people how to restore buildings in a proper and historically accurate manner! 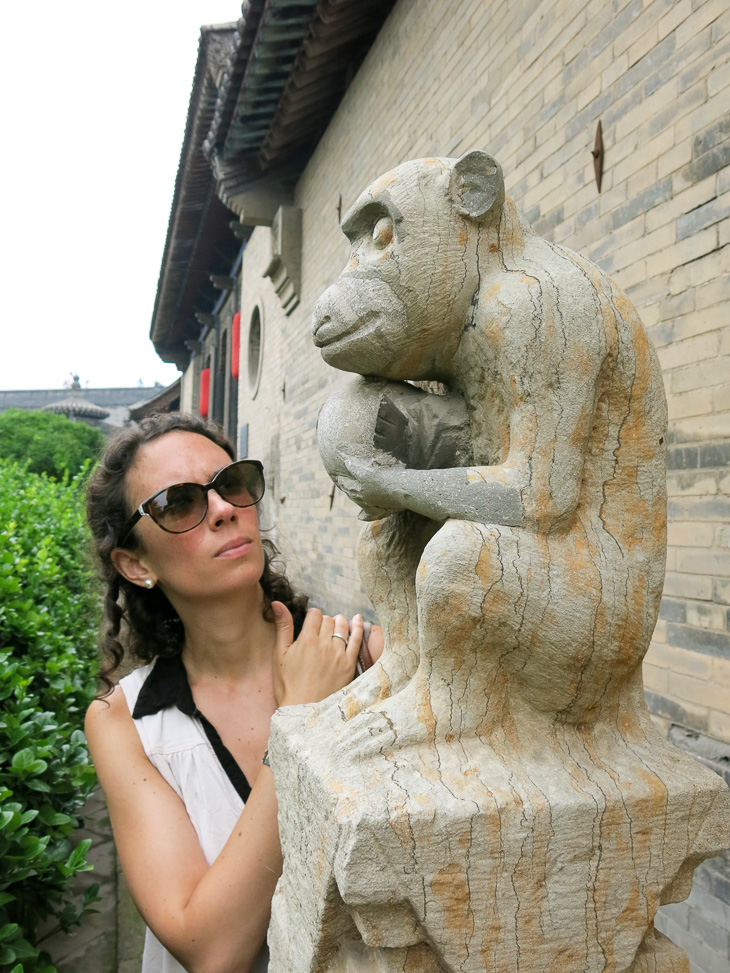 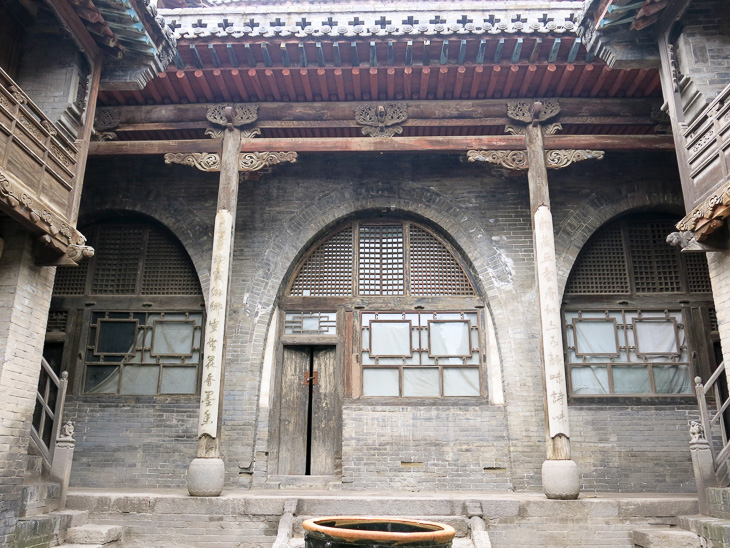 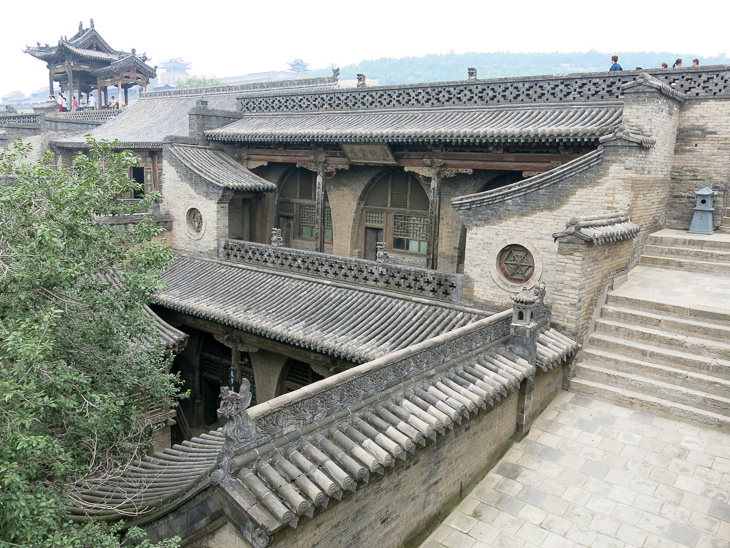 Next stop was the Zhangbi Underground Castle, which yes, is an underground castle. Pretty cool actually. We had a guide with us and together we made our way through the dark and small alleys of the once very impressive castle. 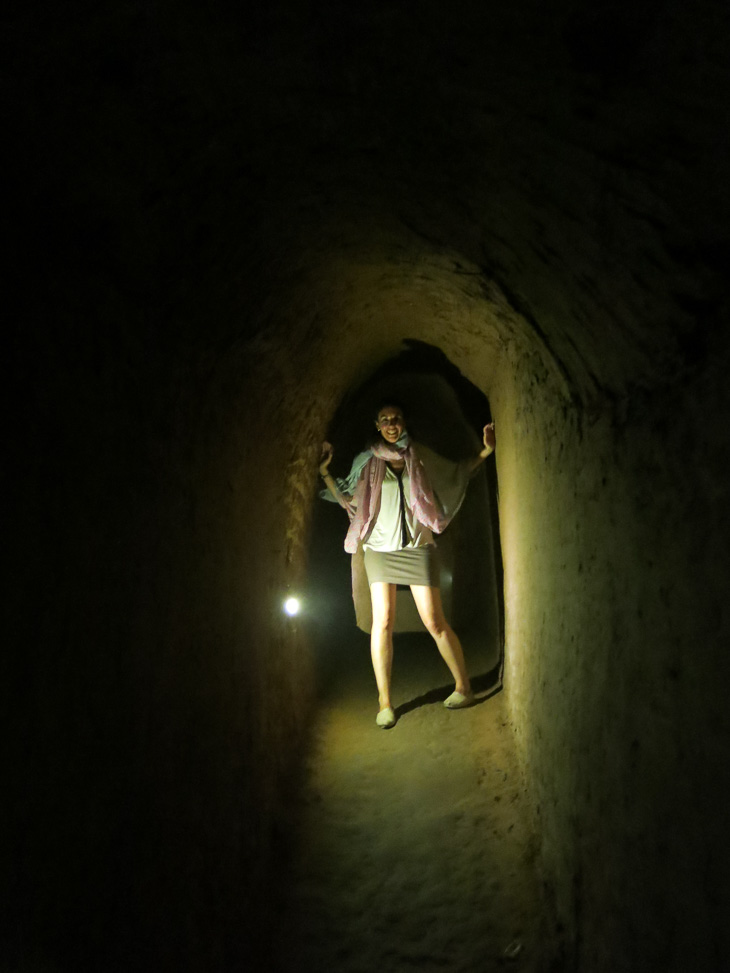 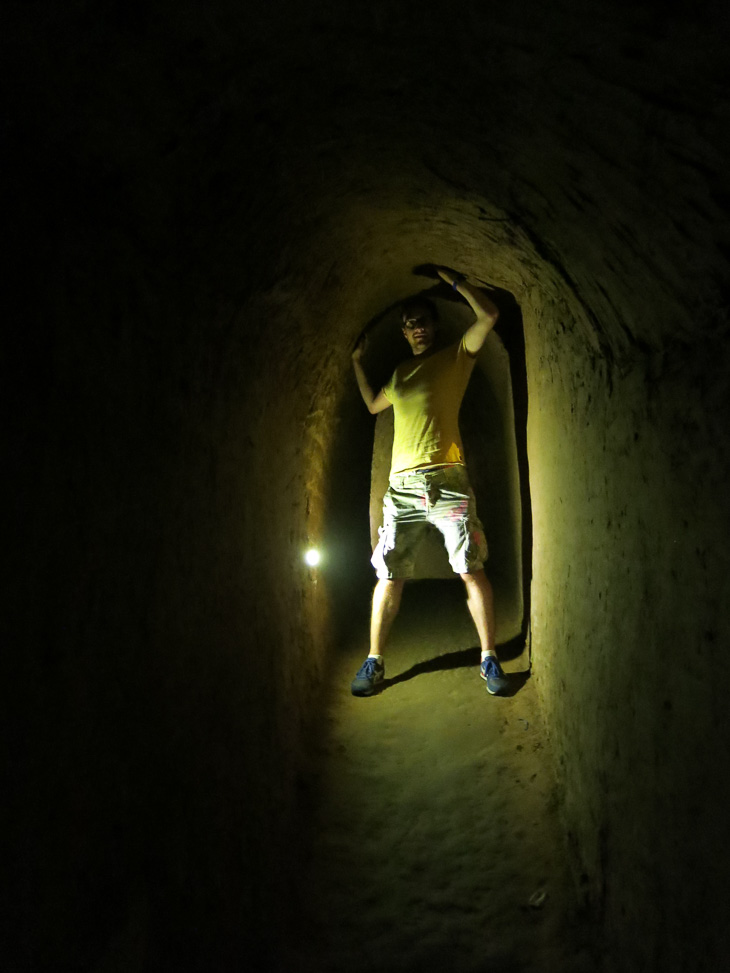 Afterwards she showed us around in the nearby village which looks like it has managed to escape the demands of modern times. There were no tourists except us, and we could sort of interact with the very friendly locals. Very nice. 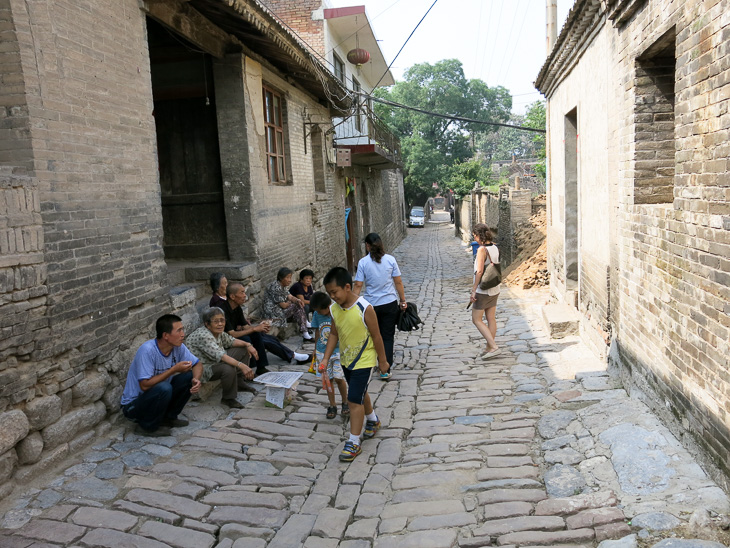 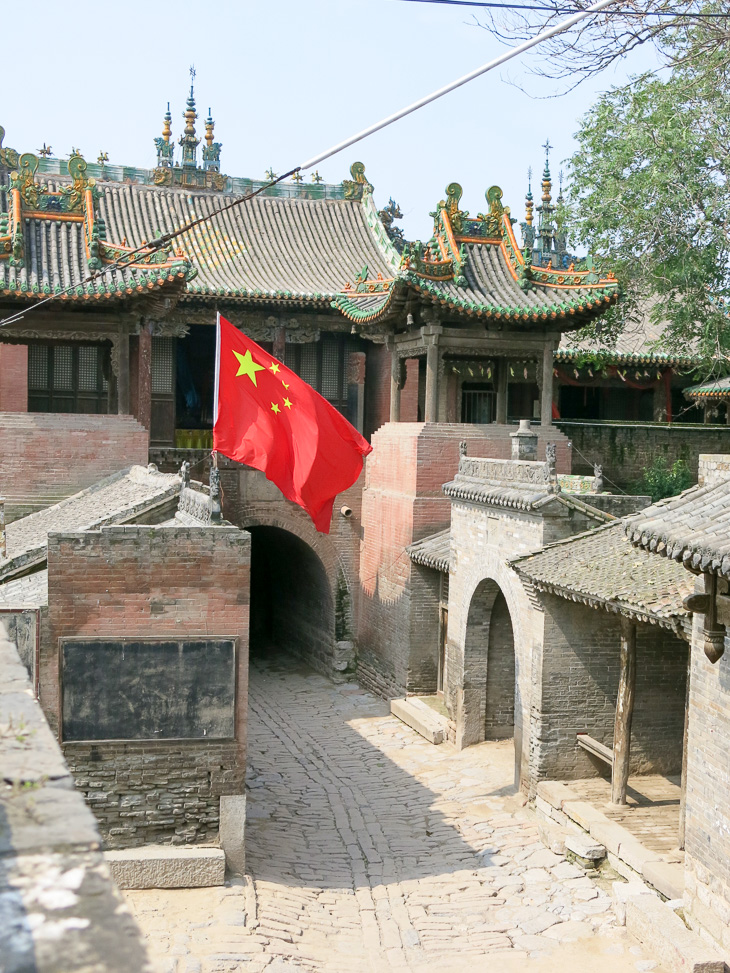 The rest of the day we spent at the Yide Hotel in Pingyao, which has a really nice vibe and amazing food, and at 00:28 we embarked on yet another train. This time our destination was the city of Xi’An (9 hours) – home of the Terracotta Warriors. Others had warned me: Xi’an is not the most inspiring place to visit. And boy, they were right. In my opinion it’s just another big Chinese city (over 10 million inhabitants) and apart from the Warriors there is no reason to stay here. Our guidebook said the Muslim Quarter is a nice place to wander about. Uhm excuse me Lonely Planet, but when the entire street is packed like crrrrrazy with Chinese tourists there is not much wandering about to do! So in the end we decided to boycot the city and watch movies in bed instead. We booked a room in the number 4 most spectacular hostel in the world (7 Sages) so we didn’t mind just hanging out there and ignore China for a while. 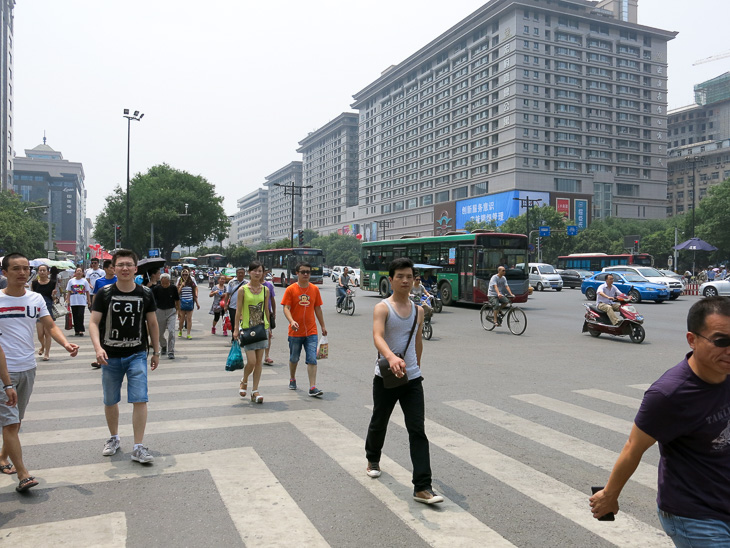 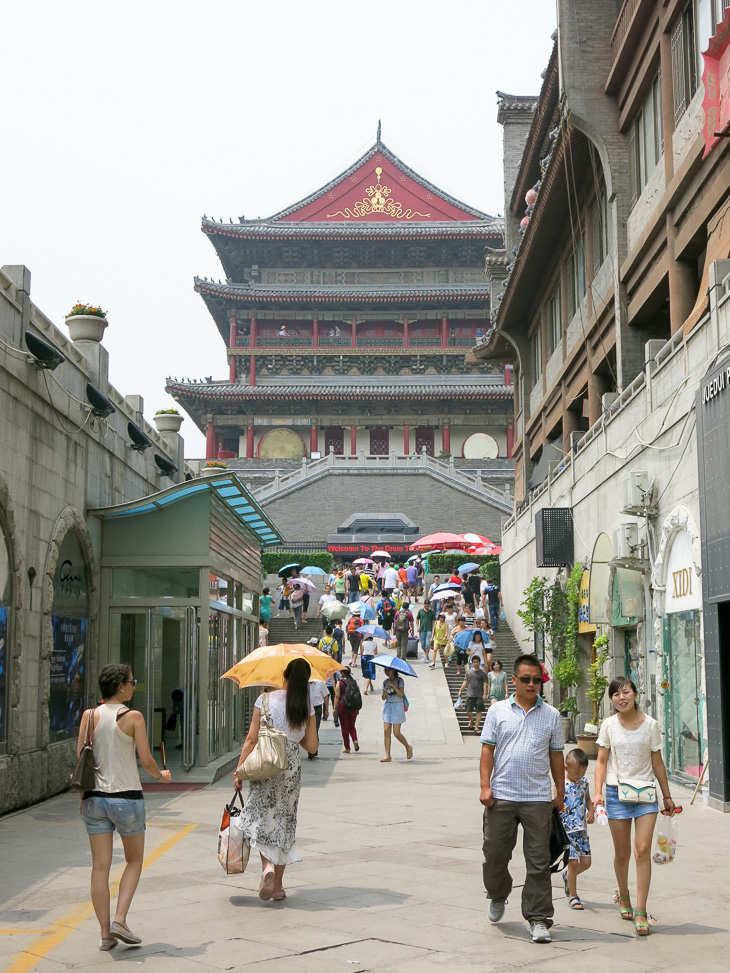 Oh and yes, the Warriors were pretty cool, especially the fact that they all have different faces and facial expressions. And just recently there have been some new discoveries which have only been on display since June, so that was neat. 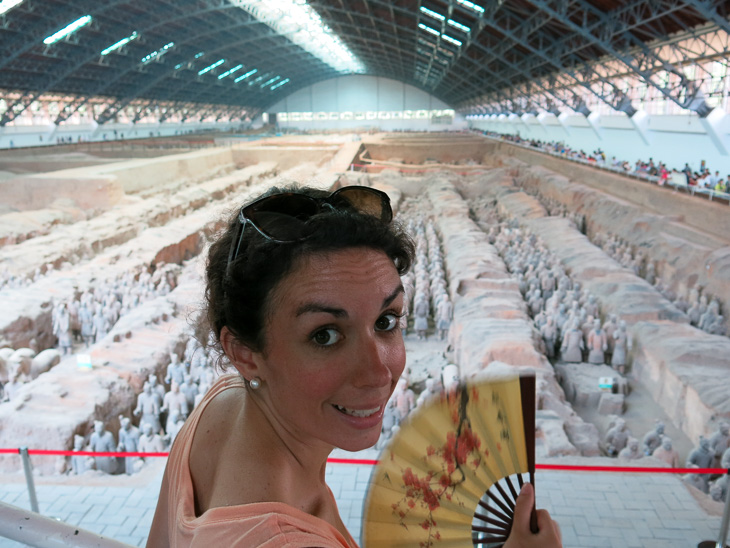 On a Midnight Train to Guilin

When it was time to leave we were pretty excited for the next stretch of our trip: 1957 km all the way down south to Guilin. Luckily we were able to secure soft sleeper tickets for this 29 hour (!) train ride and we definitely had the best possible company in our 4 berth compartment, a lovely Chinese couple in their early 60s. Apart from the very friendly “Hello! How aw you?” they spoke no English whatsoever. So there was a lot of smiling and laughing and the husband checked out our China Lonely Planet and the wife offered us food. When it was time for us to leave the train they were asleep but we left a postcard of Holland and two tacky Dutch magnets which hopefully will make it to their fridge! 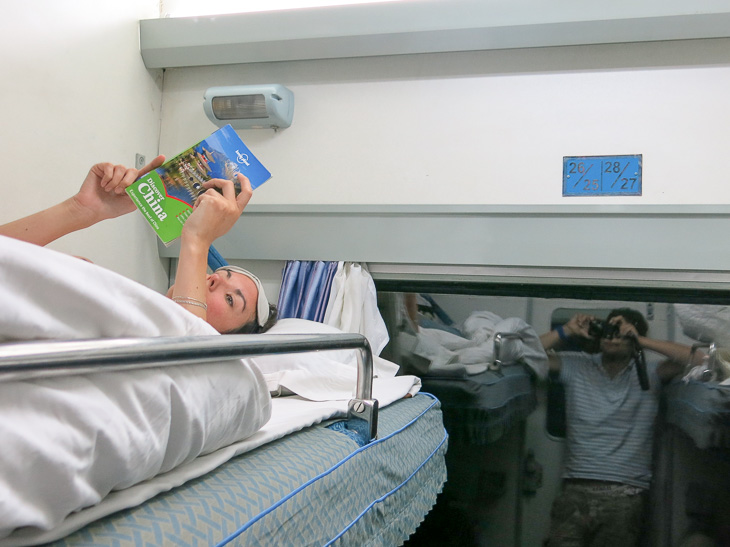 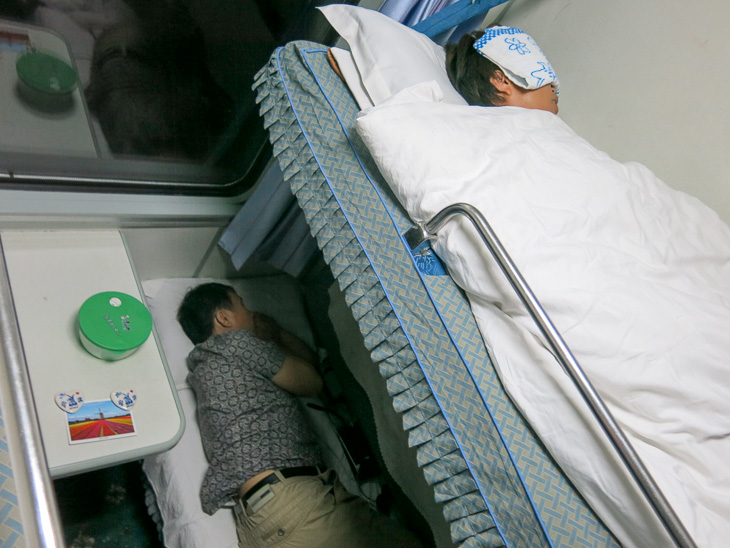 After our arrival at Guilin railway station at midnight, our hotel in Yangshuo picked us up and after an hour we arrived in China’s paradise (update to follow)… So yeah, all is good! 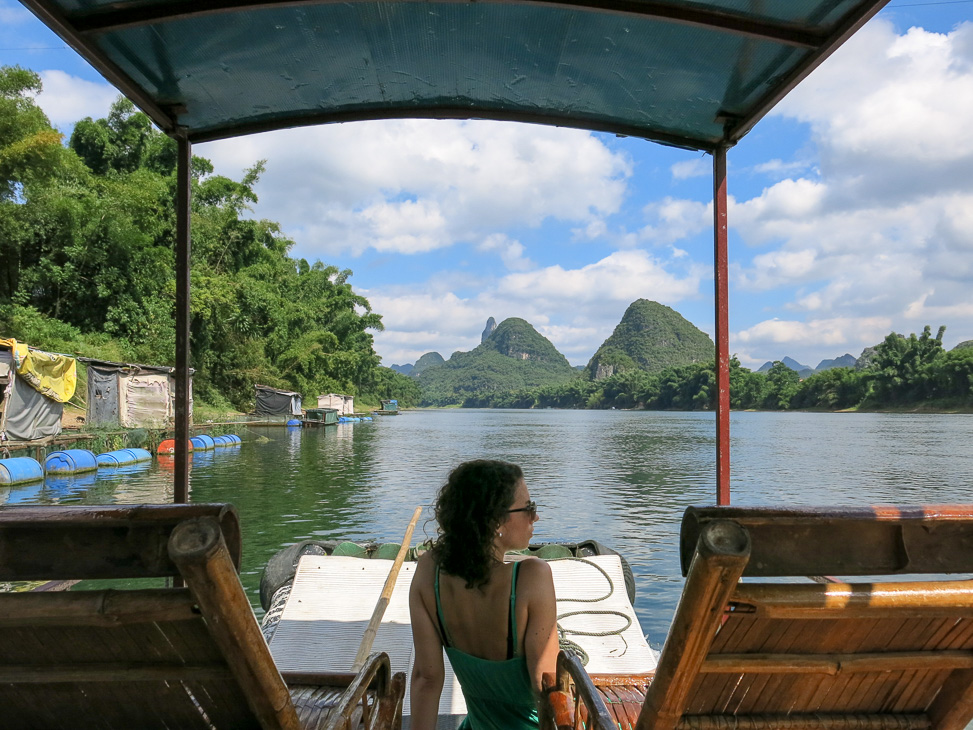