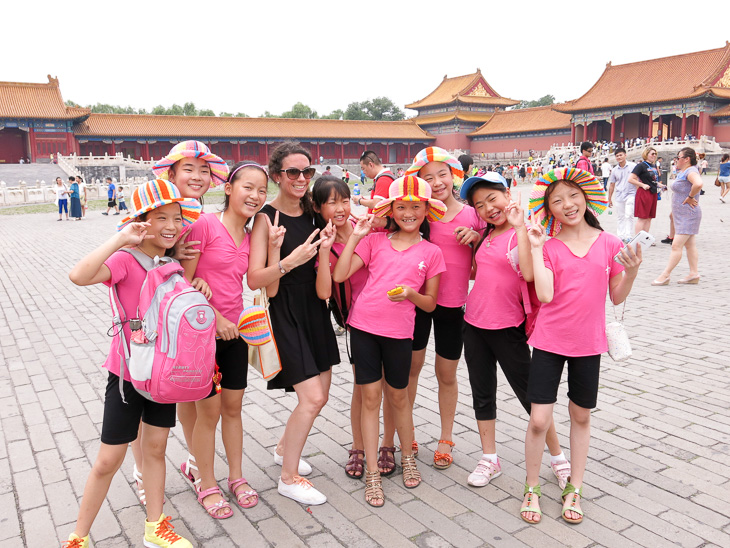 Okay, so we’re still alive and kicking (though we’re nearly melting since it’s 39 degrees at the moment). To be honest we were kinda relieved to discover that China is not as disgusting and crowded as we expected it to be. Tomorrow morning we’ll be leaving China for a couple of days for, let’s say, the main event of this trip: NORTH KOREA. This afternoon we had our pre-tour briefing which was both informing and quite hilarious and we’re soooooooo excited to finally embark on that flight with Air Koryo tomorrow! So stay tuned for the next update…

So, what did we do in Beijing so far? After our arrival on sunday we had an amazing Chinese noodle dinner at a local restaurant near our hotel in the old hutong area, where everyone pretty much laughed in our faces because our chopstick abilities are not yet on eat-very-slippery-and-1-meter-long-noodle-level at all, which was quite funny. After our meal we had a stroll around Tiananmen Square (you know, the biggest public square in the world) which was very relaxed and not crowded at all, and we let someone take our picture with good old Mao. 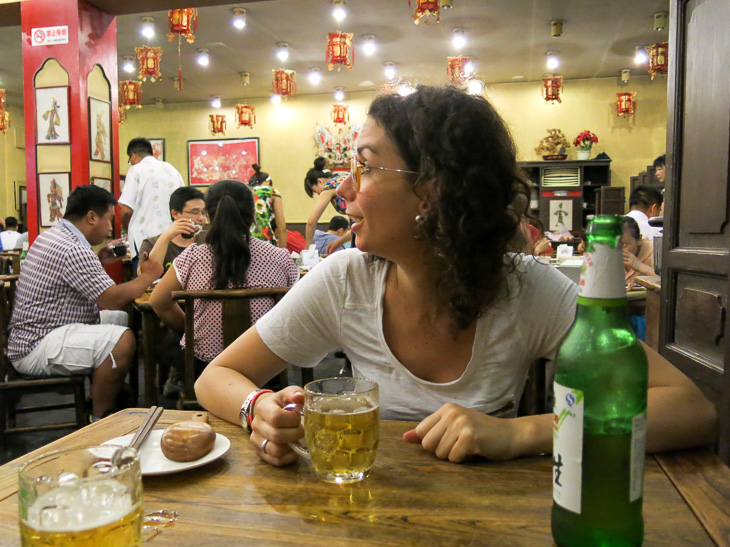 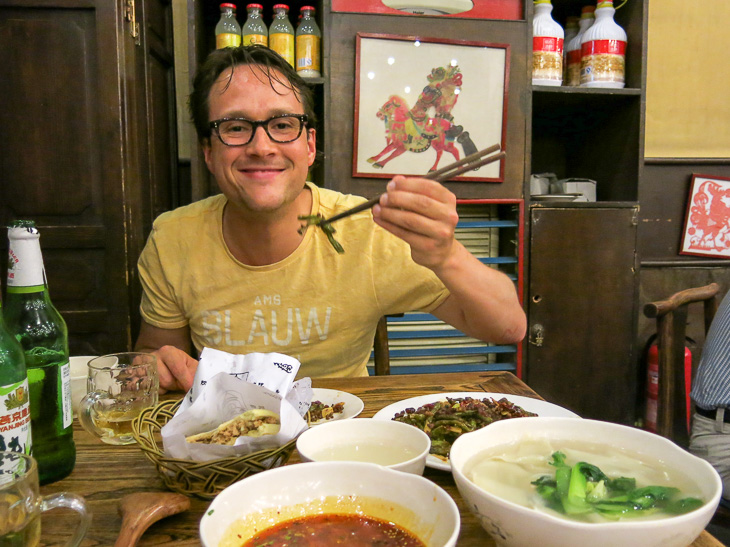 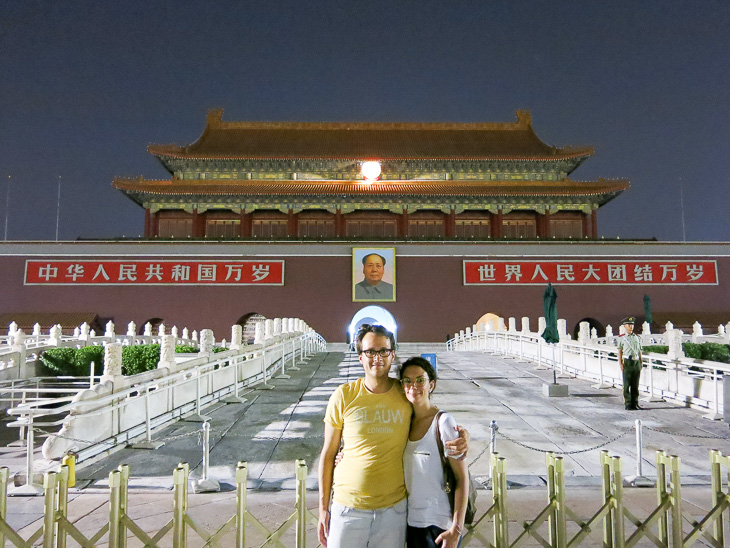 On Monday we explored the Forbidden City which is HUGE and honestly pretty amazing. I think you can easily spend days there and still find new buildings behind thick walls, surrounded by gorgeous courtyards. It was very impressive, ánd I also made some new friends (see cover photo)! 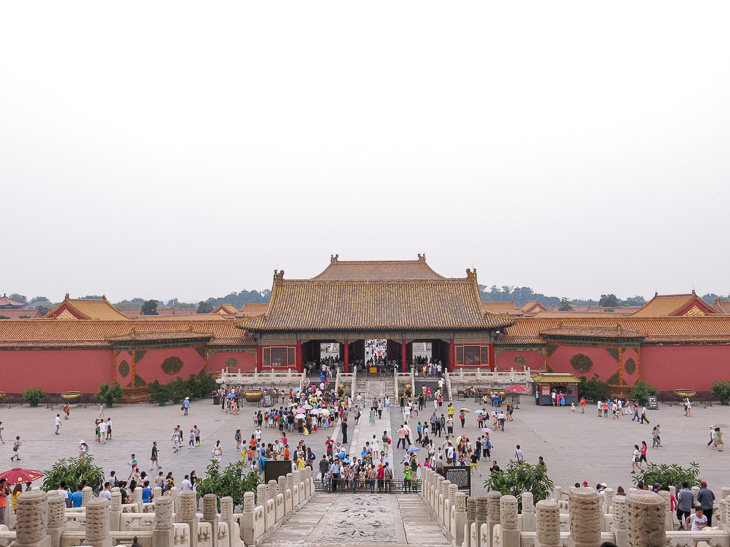 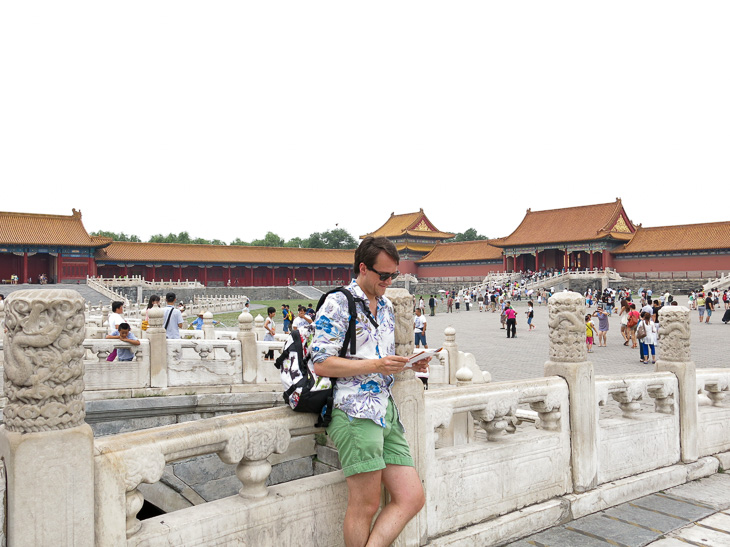 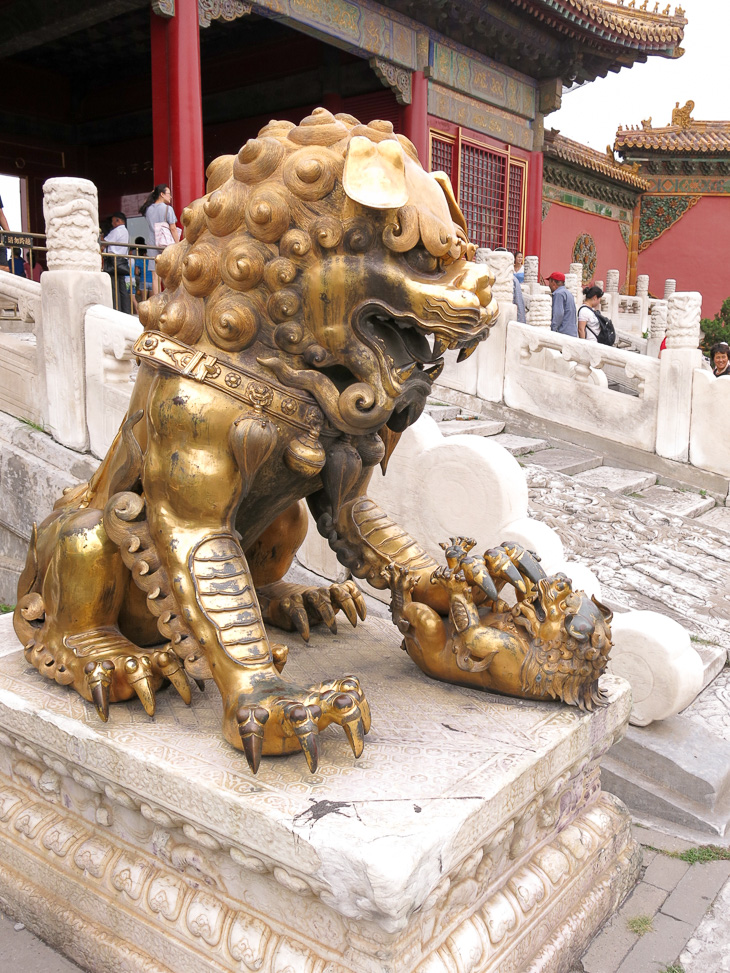 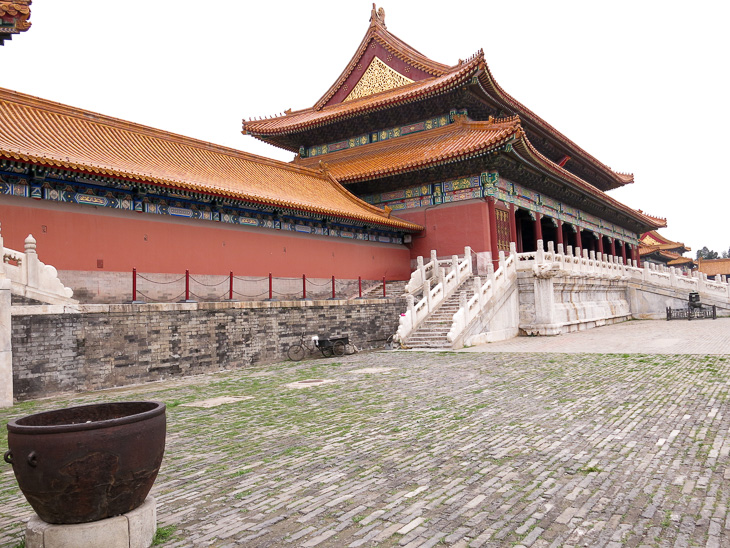 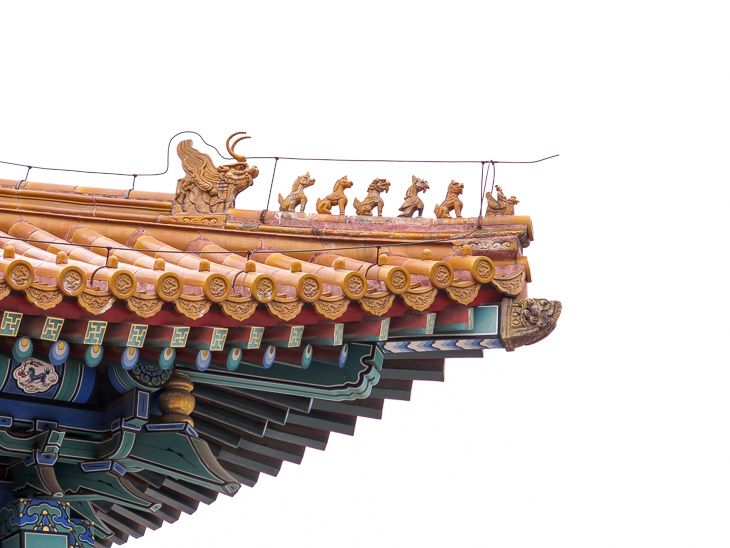 In the afternoon we visited the Lama Temple which is the biggest lama temple in China. If I ever convert to a religion I’m definitely considering Buddhism, it was so very peaceful and relaxing (don’t worry, I said, íf). 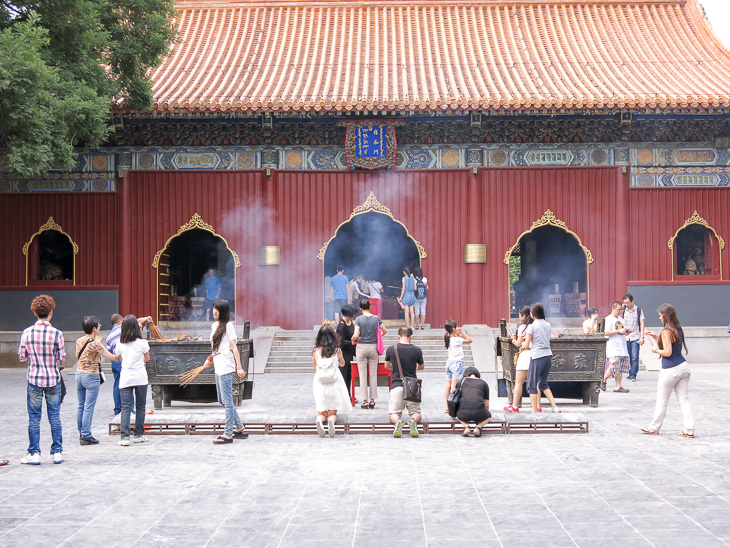 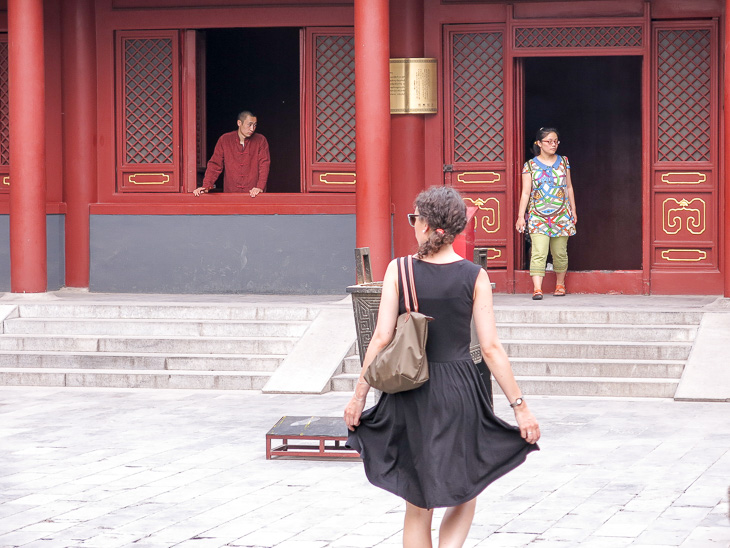 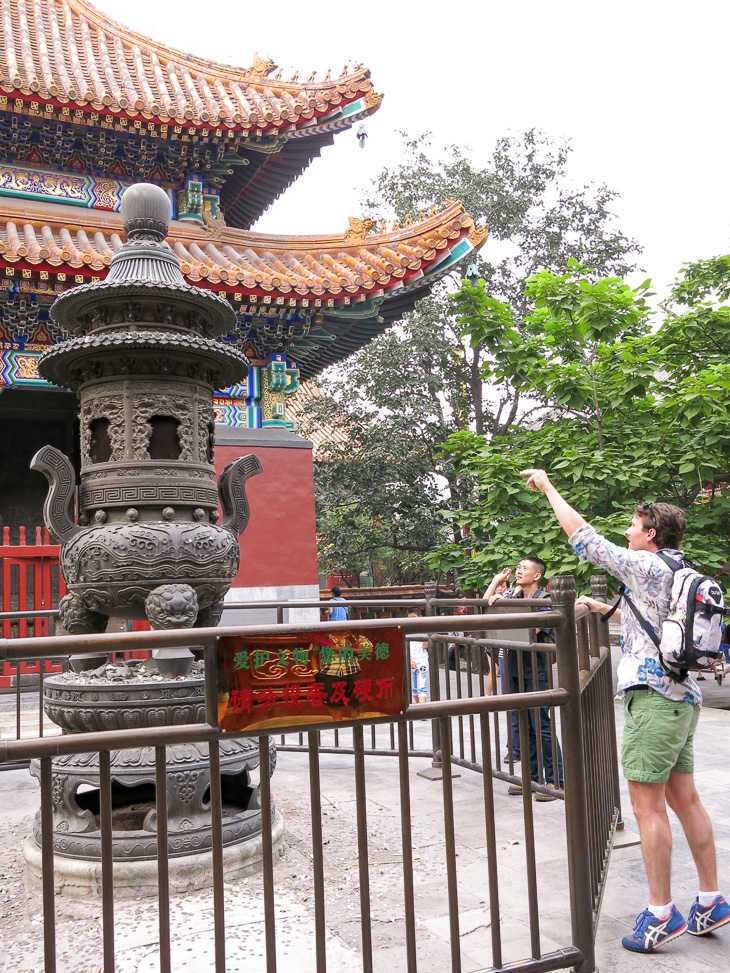 In the evening we explored Nanluogu Xiang hutong which is a very old, though restored, hutong and we checked out the scorpion kebabs on Wangfujing “snack street”. Nope, didn’t try them. Ieks! On our way back we discovered some lovely ladies in their “golden years” exercising/dancing to Like a Virgin from Madonna – love it.

Tuesday we checked off another highlight: The Great Wall of China. So, it was over 30 degrees and very sunny and we hiked on one of the unrestored parts of the wall. There was a lot of climbing involved, but it was worth every drop of sweat! It was so cool to walk around with only a handful of other explorers, as most tourists go to the restored part at Badaling (which is more like a theme park, there are even circus bears around…). So please skip that crowded tacky piece of wall and go to either Jinshanling or Simatai (you can hike between the two). Okay here we go, put your hands up for The Wall! (even better in Dutch: handjes in de lucht voor De Muur!). 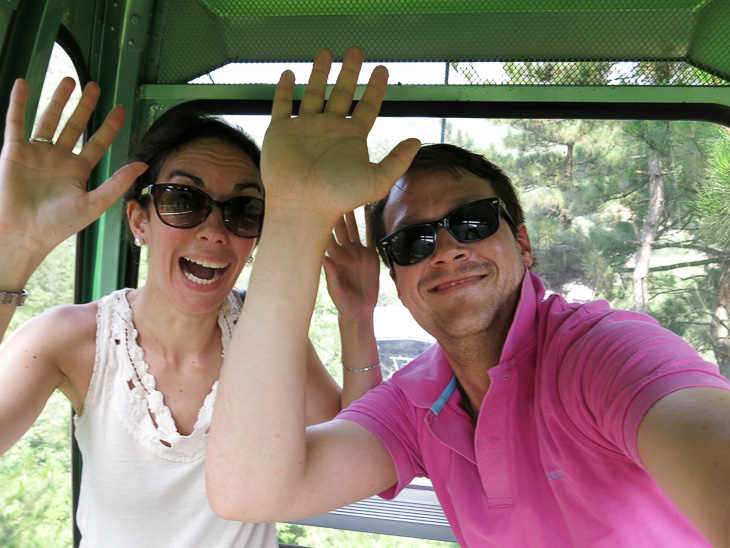 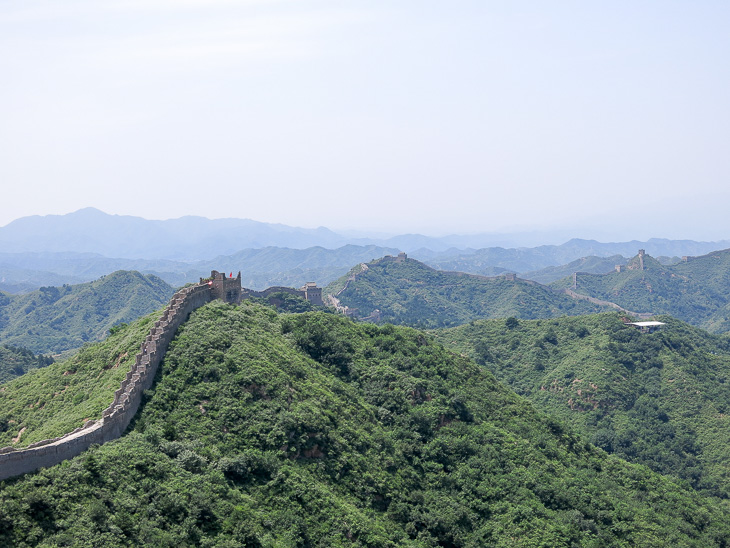 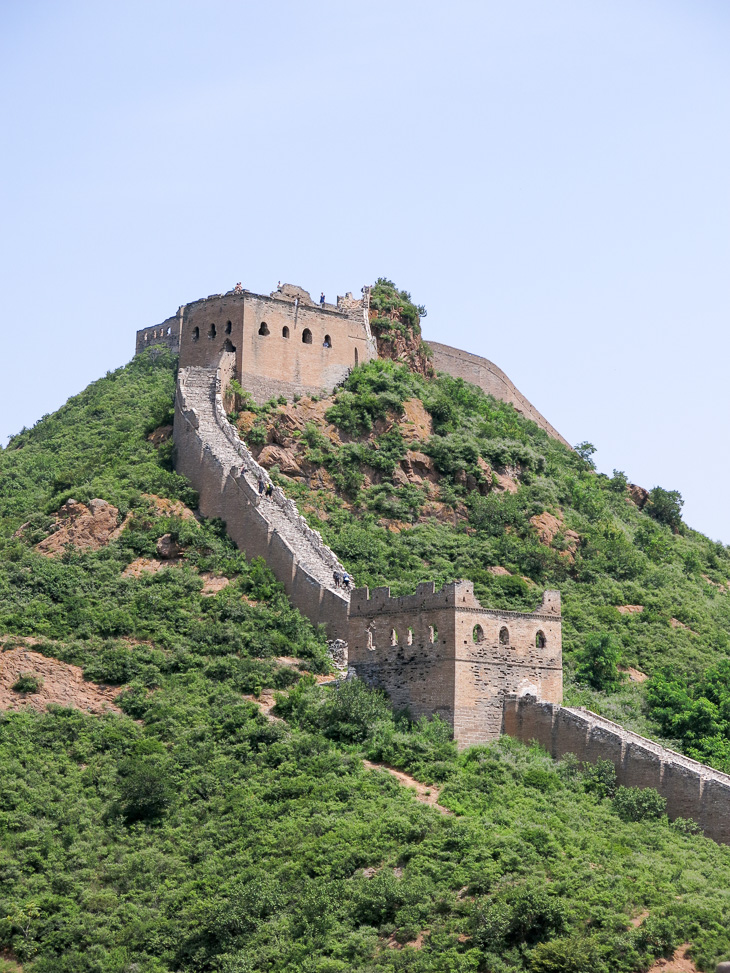 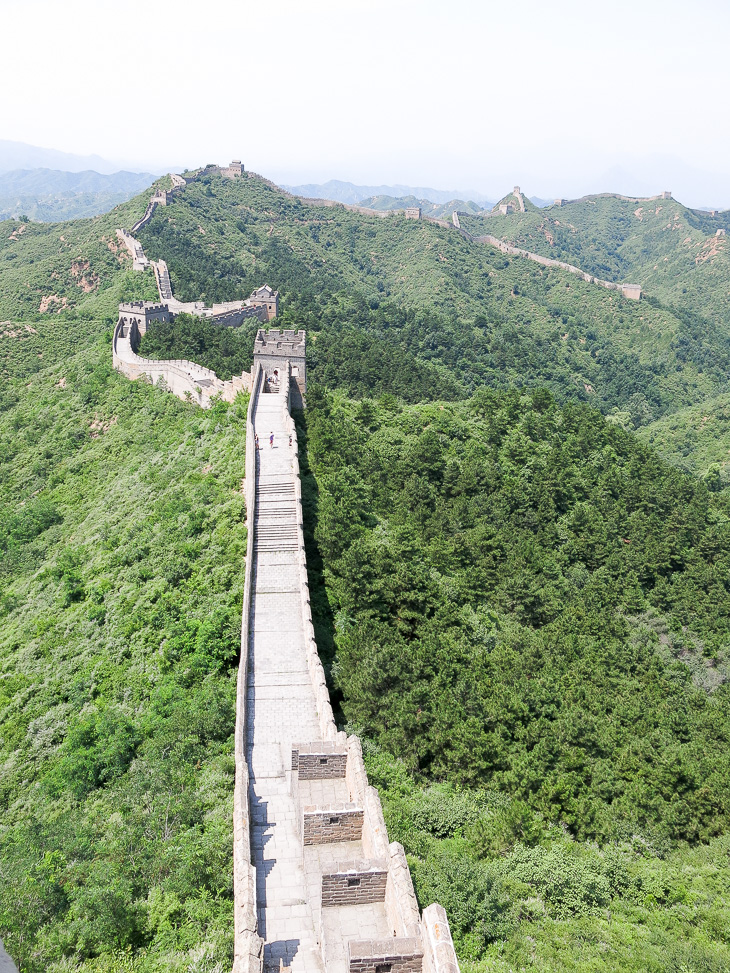 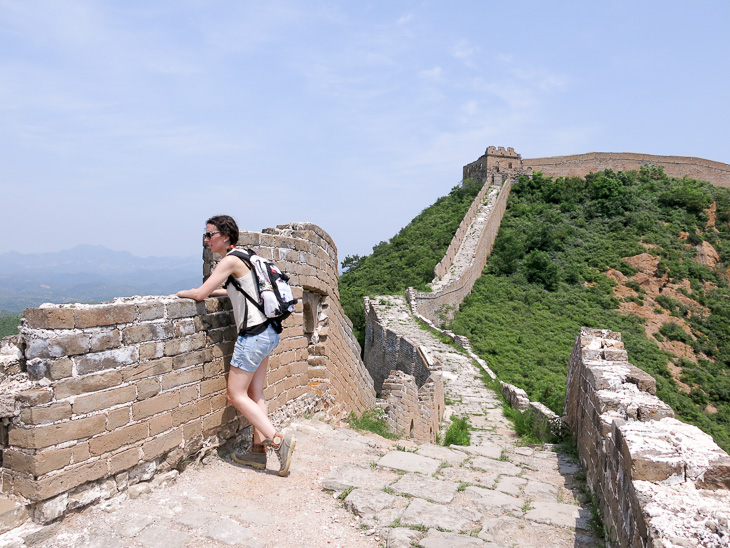 After our hike in the crrrrrazy heat we treated ourselves to a very, very nice Peking Duck meal at Dadong. Highly recommended and totally worth the long wait. It’s arguably the best Peking Duck in Beijing, so I guess you could say it’s the best in the world. Period. 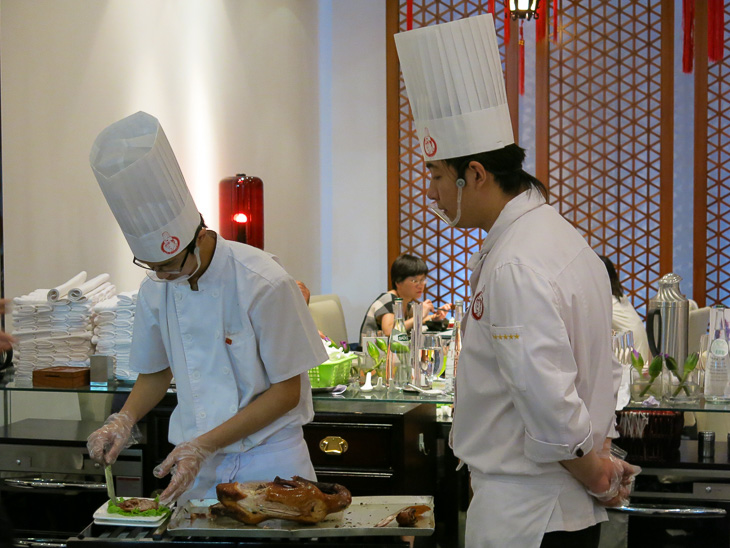 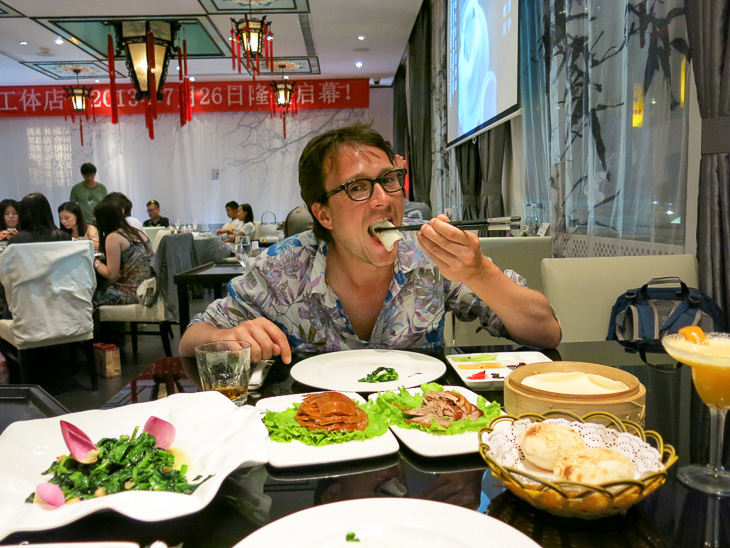 Today was an extremely hot day, like I said 39 degrees, so we did things a bit slower and checked off the Temple of Heaven Park. Despite the crazy heat it was actually a very nice morning, watching all those Chinese elderly playing Mahjong. 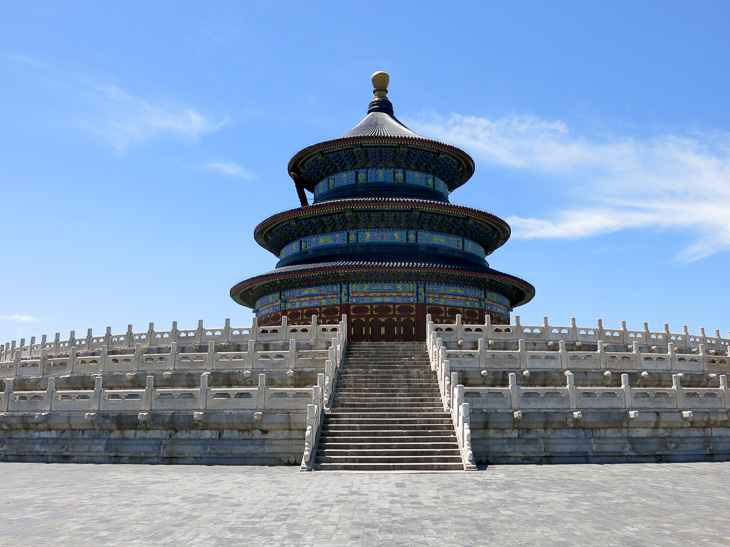 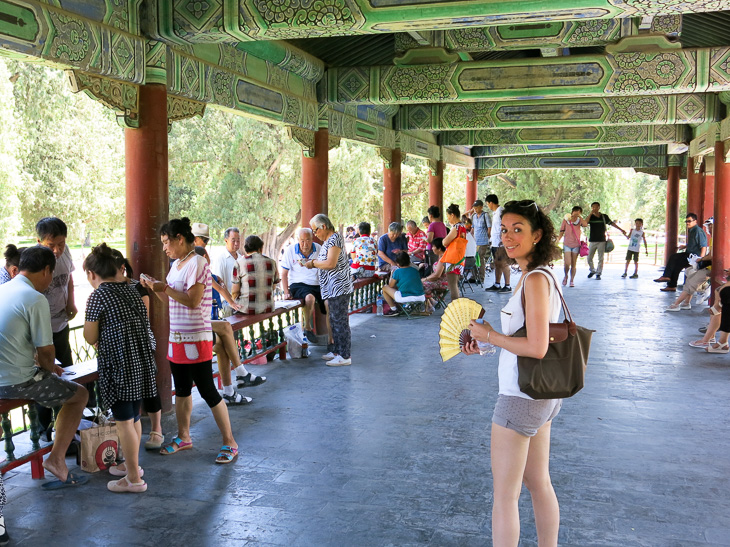 In the afternoon we had the briefing for our adventurous trip to North Korea at the Koryo Tours office where we were given the latest information about the upcoming trip and met our fellow travellers. We’re soooooo excited that it’s finally here! The trip of a lifetime! 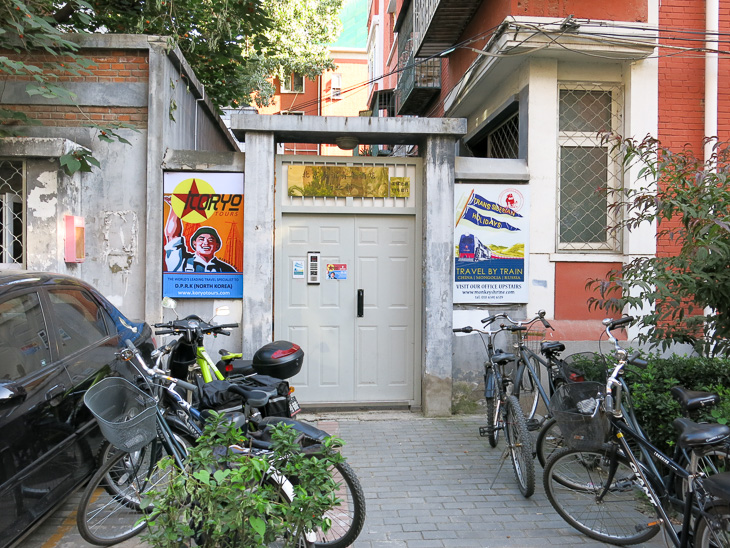 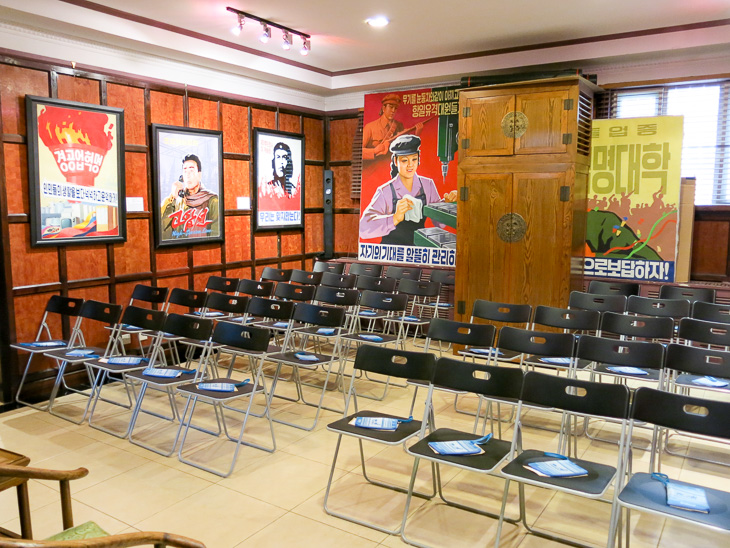 We are almost off to bed in our lovely little hutong hotel Xiao Yuan Alley Courtyard Hotel, since we have to get up in 5 hours, and we still have to pack our bags. And now for a more melodramatic vibe, if this is the last you hear from us: it was an honour knowing you!

With love,
Little Larey & the man