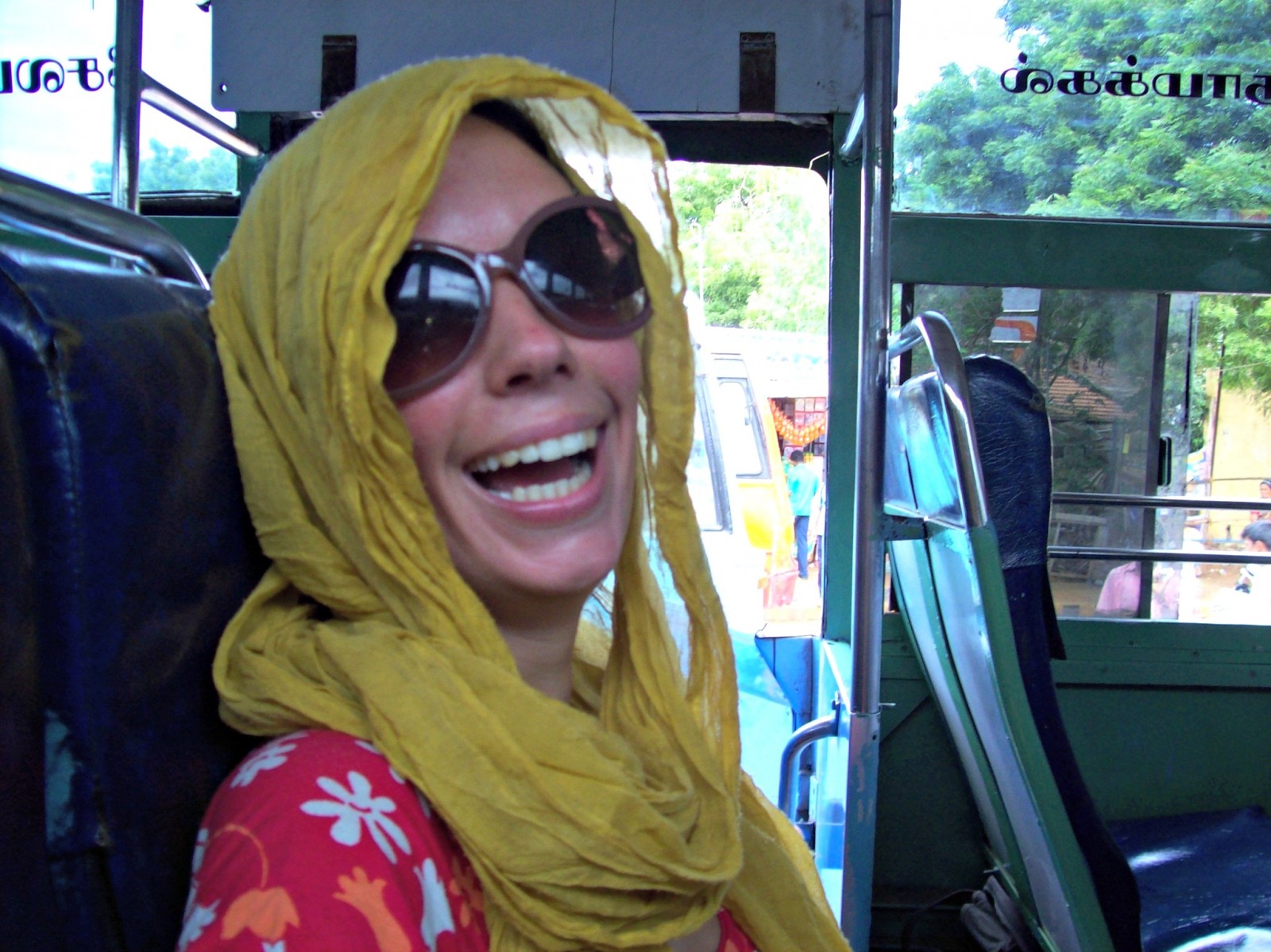 On friday me, Josiane and Lee, got on the bus to Madurai, a beautiful city 300km south of Salem. This was the bus drive from hell… We got on the bus at 9pm and for the next 6 hours we were stuck on this local, overloaded and HOT bus. And the road was so extremely bad! Now I get why we were advised to take a train and definitely avoid the bus. It kind of feels like a not so lovely combo between riding your bike from the curb nonstop and 6 hours on a powerplate. Yeah, not so awesome. Nope. But… We also got to see more of Tamil Nadu’s beautiful country side, and even though our cameras struggle to take pictures due to the bumpiness of the ride, we still managed to get some shots. 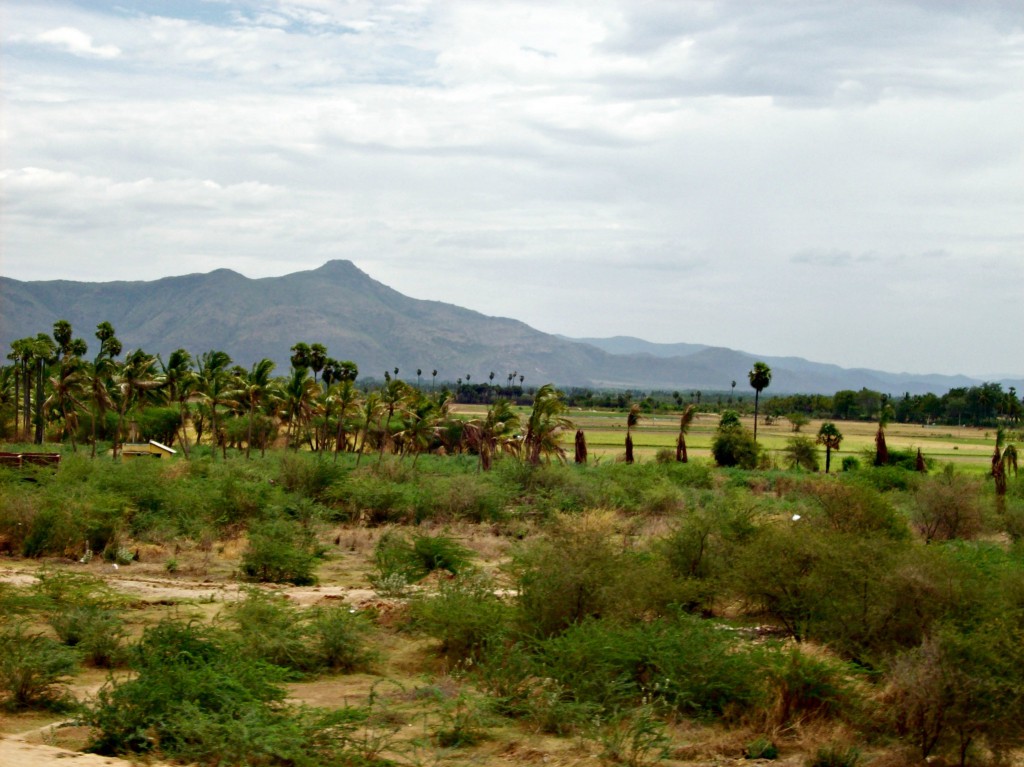 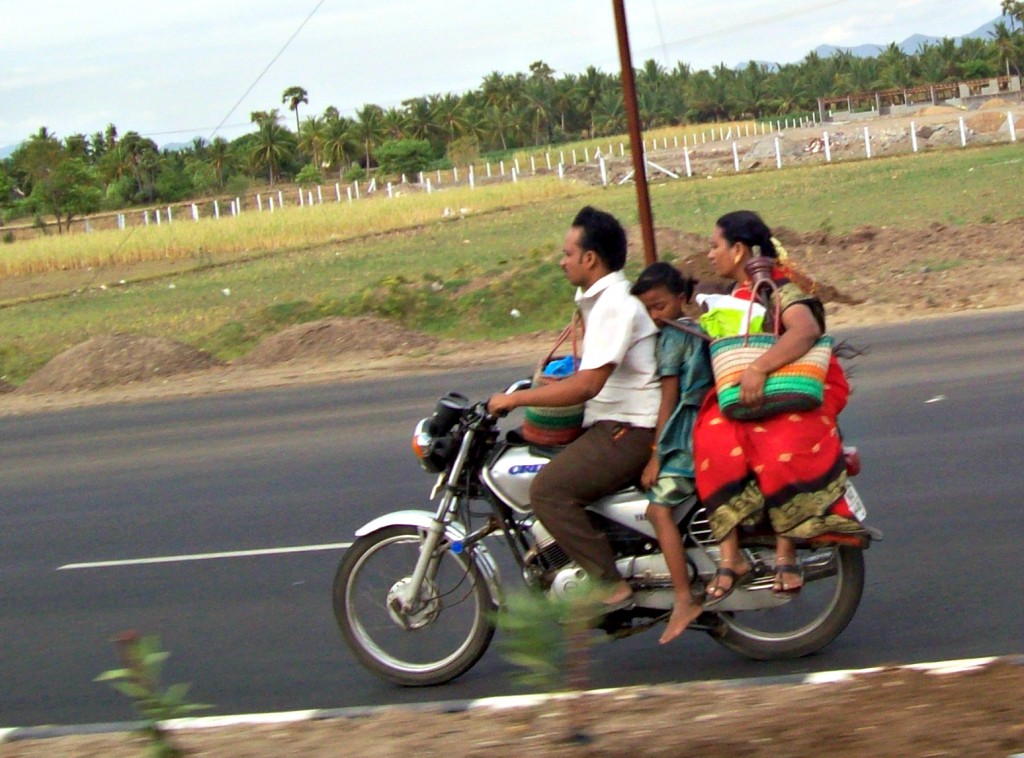 At 3am in the morning we arrived at Madurai and the only place we could find was this freakish hotel – disgusting dark stains on the sheets and pillows, no windows, no ventilation, no water… And of course it was crazy overpriced. Since we had no choice we just made the best of it, slept a few hours and got the hell out of there in the morning. We visited the Sri Meenakshi Temple pretty early since we were already up, and I have to say that it was very impressive. So many pilgrims and devotees who were all softly chanting the entire time. 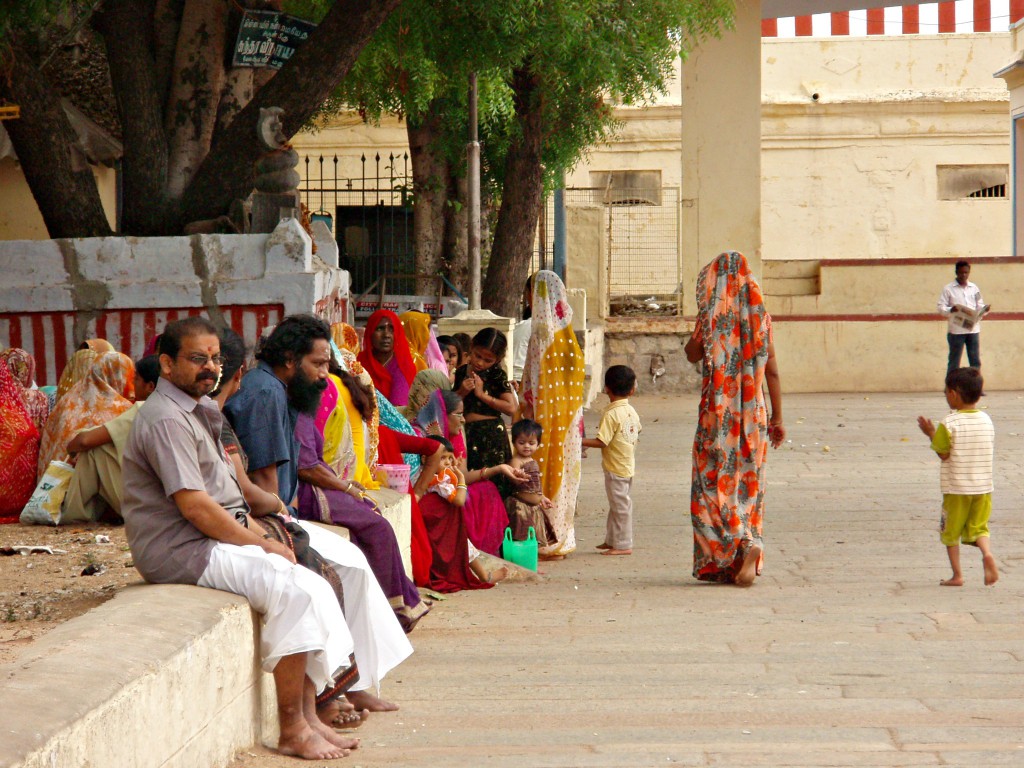 After this visit we looked for another hotel and thanks to the Lonely Planet we found a great deal. Affordable, clean fairly large rooms, internet, a rooftop restaurant (with temple view!), a normal toilet (no squatting!), a hot shower (no measuring cup!), and… BEER! 650ml large bottles of Indian beer (Kingfisher & Marco Polo). Hallelujah! After our nice clean up we visited the Gandhi Museum which was pretty informative, even without any English signs. To celebrate our weekend off we had a nice dinner on the rooftop of our hotel which was accompanied by some beers. Pretty hilarious if you realize it had been a while since we had a drop of alcohol, and especially our Buddhist buddy Lee was very entertaining. You can imagine we had a very good night sleep which meant we were kind of fit when we got on the bus back to Yercaud on sunday (another drive from hell).

Today we worked at an orphanage and in an old aged home. All these elderly folks were complaning about each other which was pretty funny (and heartbreaking at the same time). The next few days we’ll be working in a local factory and I’m not really sure what to expect. On thursday we have to do our country presentations and on friday we’ll visit the tribal villages. And then, our work here is “done”… Saturday I’ll be leaving Yercaud and I’m getting on a bus to Pondicherry, an old French colonial city at the Bay of Bengal. I’m very looking forward to eating delicious French foods en have some French wine! 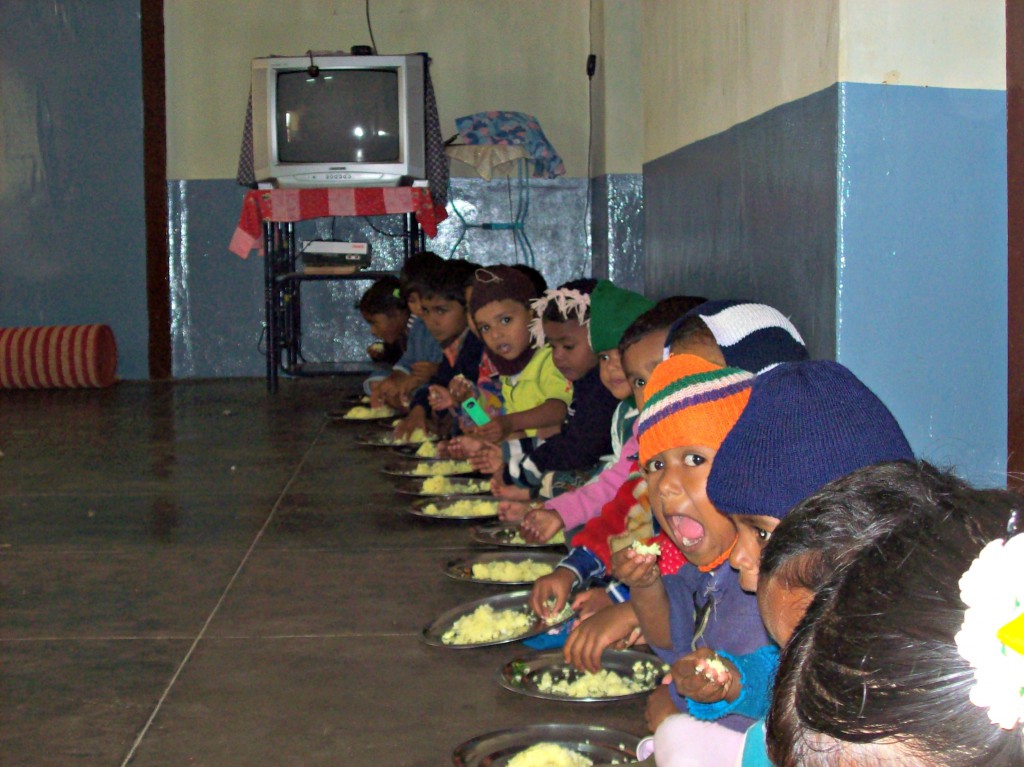 By the way, I have to tell you how you eat in India: usually without any plates or cutlery… They just give you a banana leaf (that’s right) which they sprinkle with some water so you can sort of clean it yourself. Don’t think that the leaf is just for decorative purposes it is both your plate and it is supposed to be good for your health. Only one of the two sides though! So don’t do like me: “oh, this side is a bit sandy, I’ll just flip it over”… Wrong! Then the food comes out. There usually is a fella who has all these little steel jars with different spicy goods in it. He just throws some blobs on your banana leaf and you’ll also get a blob of white rice. And then you just use your hands to eat. Wait! Just one hand! You only use your right hand to eat because your left hand is needed by lack of toilet paper (if you know what I mean)… This level of cultural integration is a bit too advanced (and disgusting!) for me so I’ll bring tissues everywhere I go. My eating-with-one-hand-skills are pretty decent and I usually manage to get the food in my mouth without making a big mess.

My favourite Indian dish is masala dosa which is a sort of pancake filled with a spicy mix of potatoes and vegetables. I also love me some naan (preferably butter naan or garlic naan). Other good dishes are roti burji (a roti pancake with an egg and spices mixture) and gobi masala (spicy cauliflower). For snack time I usually go for the moong dal which are salted and fried lentils. Delicious!

If you thought India was always sunny and hot: no. If you go down the mountain (which is not an option since you have to take that crazy bus drive again) it is 15 degrees warmer. But the weather has been quite cold up here at 1500m (no tan for me…). So I’ve been fighting a serious cold for a few days now, but luckily they sell tissues with little penguins on them :). It’s the little things, right?