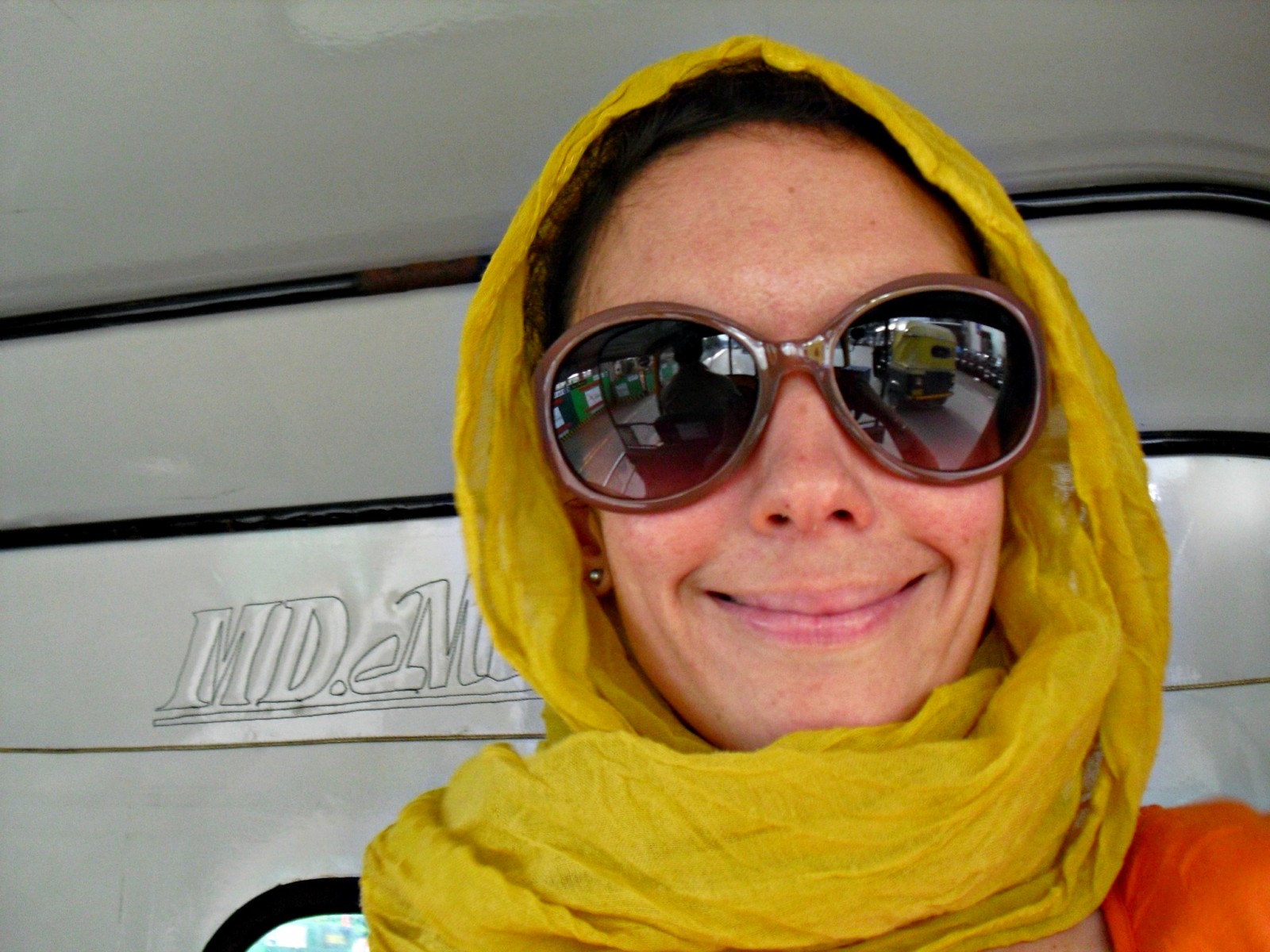 After all these months of preparation departure day finally was here: last wednesday I got on a plane to India! Fortunately, the goodbyes at the airport were pretty decent and I have to say I was very proud of myself for not shedding any tears when I passed the security check (although it was hard!). I had a stopover in Dubai and despite the heavy weather, the flight was fine. I did some games, watched a movie and then I got so tired that I feel asleep during The Rescuers (yes, the one where the tiny mice go down under). This was my first time flying with Emirates and I have to say, best service so far, because even in economy I got some nice lambchops for dinner. My neighbour was a lovely Indian priest (yes, they have those as well) and we had a nice conversation. There was another Dutch girl on board and I overheard that she was going to India as well, so when we had to get off at Dubai airport we got to talking. Although her flight was to Mumbai while mine was going to Bangalore (southern India) we shared some laughs while killing time at the airport in the middle of the night. We’d hoped to get some beautiful desert views but of course there was nothing to see (even though the entire airport is made of glass).

At 3:30am my flight to Bangalore left and this was when the fun really began since I had booked a business class seat for this leg of the trip. Okay, not entirely what you’d think is appropriate when you’re off to doing volunteer work in India but Emirates had offered me a crazy affordable deal so I was going for it. Not even 3 minutes after I sat my cute behind in the big leather chair, a lovely flight attendant offered me some orange juice (champagne was also on offer). And in a glass of course, because no no no, no plastic shit in business class! It was super chill that my seat could come all the way down and I slept the most part of the flight. But… Unfortunately, I suddenly woke up because the entire plane was shaking like a leaf on a tree. Please no… Well yes, we had some serious, very serious, turbulence going on. I had to go to the restroom since I was feeling not so great due to all this shaking and freefalling (if you know what I mean). When I got there I got almost smacked to the floor and while I was hanging on to the toilet (if you know what I mean) two flight attendants knocked on the door and screamed: “miss, you must take seat, it is not safe without a seatbelt!”. Okay fine ladies, one of my favourite shows is Air Crash Investigations and I know that the seatbelt can seriously safe your life. This meant I had to get back to my chair and even though I was so embarressed I had no choice but to vomit in the little paper bag – right there in the business class… How’s that for a first business class experience?

When I finally landed in Bangalore the problems were far from over since I had to pass a health check. The health check came into order only a few days before my flight, due to the severe and many victims of the H1N1 virus (swine flu). I guess you can imagine that I was pretty shaky when the customs officer put the thermometer to my forehead. With only 0.4 degrees below the allowed temperature I finally got my entry stamp, and I had officially entered India!

Of course somebody had already pulled my backpack from the luggage belt… Okay fine. And if this first part of my Indian adventure hadn’t been challenging enough, I managed to get into the shabbiest of black taxis – even with all my preperation! I could tell the nice little dude had no idea where he was going and he didn’t speak any English. In a moment of brightness I called my hostel and asked them to give the driver directions. Clever right! After 1,5 hrs in a hot and steamy taxi I arrived at the hostel. So I paid the agreed upon fee, which was not even 15 euros. Not bad for 1,5 hrs in a taxi I figured. But then all these local kids who were curiously watching my arrival started laughing their asses off and I realized I had made yet another rookie mistake. So I just learned it the hard way – no problem :).

The hostel is very clean and I have a fairly large private room with AC and my own facilities. The only down side is that I seem to be far away from whatever kind of city center Bangalore has to offer. The only thing that is going on in this hood is driving around your car or rickshaw and banging that horn like crazy (which is what everybody does, all the time). So when I got to my room and I was sitting here all by myself feeling disgusting and shitty, I kinda felt sorry for myself and even cried a bit. Only a little bit! I was so tired and hungry (well yeah, empty stomach…) and when I finally got out to try to get some food and do some exploring the monsoon bombed my lovely little stroll. Adjusting to India is tough!

Luckily I managed to get in touch with a girl I met at the briefing for the India volunteering projects and who already started her work here in Bangalore, last monday. Volunteers do not have to work on the weekends so her group is going away to Mysore this weekend, which is a few hours south of Bangalore. And… They’ve asked me to come with! YEAH!! Just what I needed! So tonight we meet at Bangalore bus station at 6pm (time difference with NL is +3,5 hrs). I’m so very excited! Since I have to start my work on monday, I hope I can catch a bus from Mysore to Salem and Yercaud but we’ll see about that later. Okay, I hope my next update is going to be much happier because these were some pretty challenging first few days!