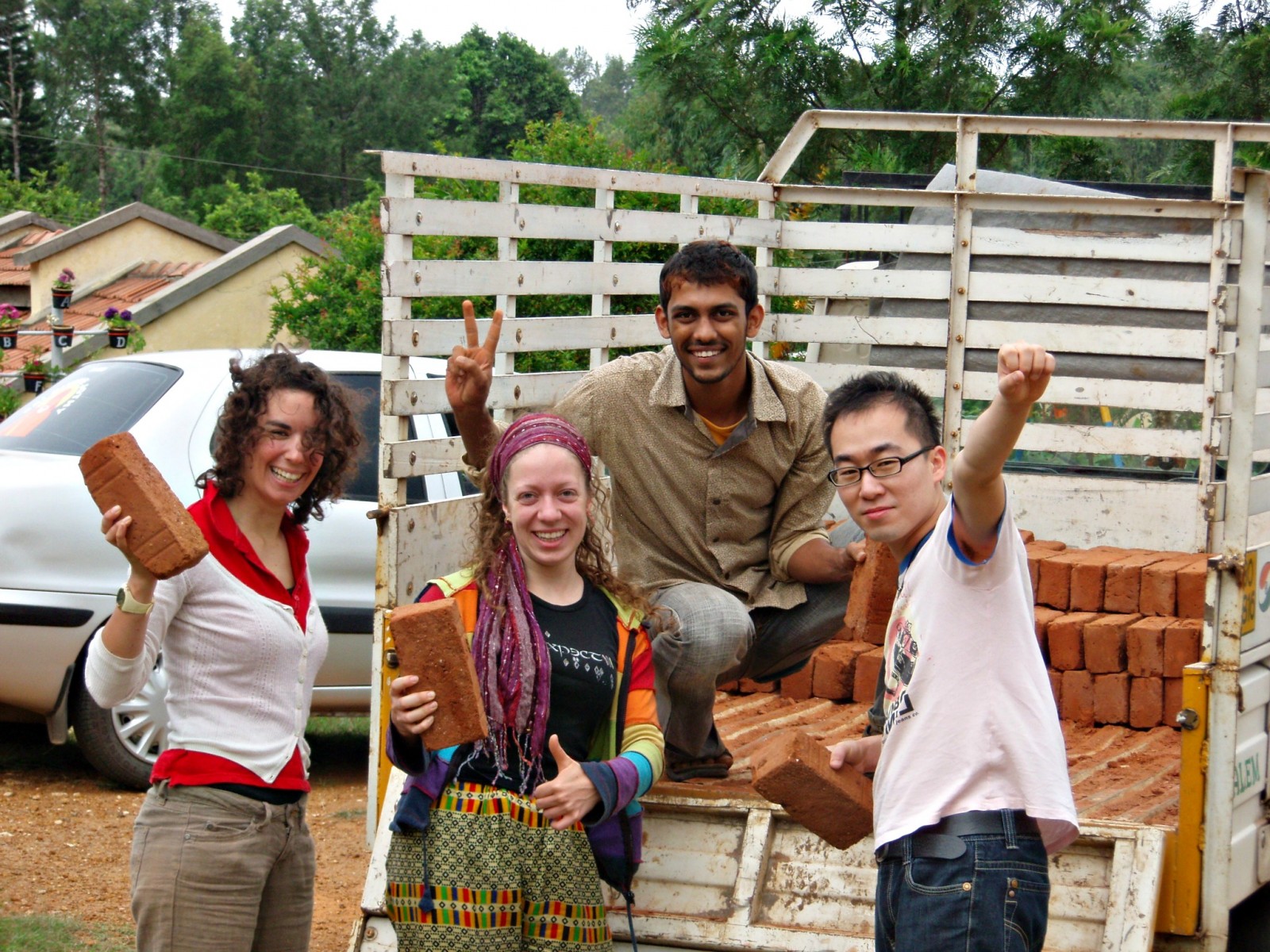 (And Pythons, Cockroaches And Scorpions)

Okay, a few days have past and a lot has happened since my first arrival in India. Incredible India. There is a chance that this is going to be a rather elaborate update, so if you’re having concentration issues: do not read any further!

After the first pretty rough days I left for Mysore on friday night. The bus ride down there took about 3 hours but we had AC so it was fine. The “hotel” on the other hand… It needed some getting used to. It was crrrrazy cheap, like 125 Rs per person per night cheap (which is not even 2 euros). And let’s just say, it showed… Of course being in India means a French style toilet (and we all know doing a number 2 is pretty hard on those things). But the biggest issue was that the curtains were filled with cockroaches and we had to use a measuring cup as a shower. Taking a shower is a whole new experience when in India. But, I got the hang of it and I managed to wash my hair and I even shaved my legs.

Mysore is great! We took a bus tour on saturday which took us to all the sights (mostly temples). We ended in a beautiful big garden, the second largest garden in India, where they put on a light show in the giant fountain when the sun goes down (around 7pm). So all these lovely dressed Indians started dancing to the uplifting Bollywood music in the dark. Very cool! Of course it is India, so the generator could not handle all this electricity and there were the occasional blackouts :). After the show they just kill the lights and everybody stand there in the complete darkness trying to get back to the exit. Us 5 girls were clinging to each others arms which was pretty hilarious (especially when we had to cross a big lake!). 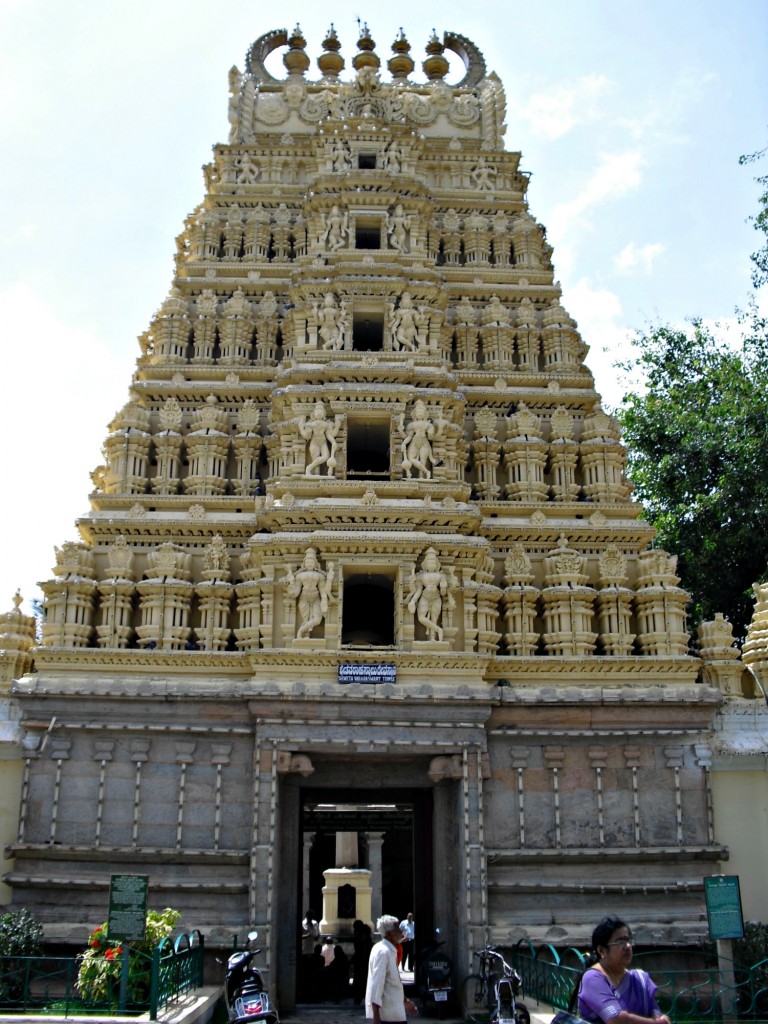 On sunday we visited the Maharaja’s Palace, which is so amazingly beautiful. And big! And I got to ride an elephant in the palace gardens! YEAH!! It was super awesome and I definitely wanna do it again. Unfortunately, I had to leave Mysore on sunday evening since I had to get back to Bangalore because there are no buses between Mysore and Salem – where I had to be on monday. This meant I had to miss the lightshow that is put on every sunday night and which illuminates the entire Maharaja’s Palace (a light bulb every 10cm, not really green thinking…). 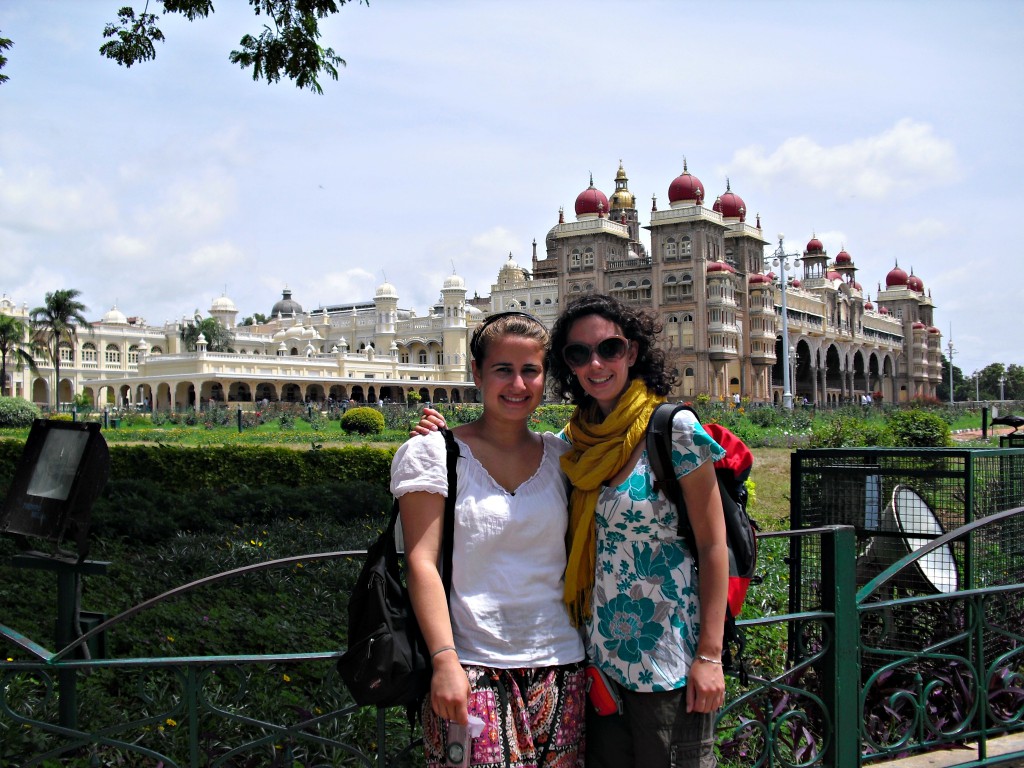 After a bus ride in the complete darkness I got back in Bangalore around 9:30pm. They kill the lights in the bus when the sun goes down… Like ALL the lights! Not really a nice experience when you’re a girl travelling alone. But the girls and I had thought of a strategy before I got on the bus. I was going to get on the bus very early and pick a seat in the front, right next to another passenger. This way I got to choose my own companion in stead of waiting for who knows what sort of creap to sit next to me. Plan worked like a charm, I had a decent neighbour and the drive was fine.

On monday I had to be at Bangalore bus station at 5am in the morning since I really had to get on the 6am bus to Salem. I stayed in a hotel right across from the largest bus station in the city because all the buses seemed to be leaving and arriving at that station. Wrong! The “nice” thing about Indians is that they all do this cute little head roll – nod yes and no at the same time. It looks funny (and is pretty hard to master) but it tells you nothing. Not. A. Thing. I had a strategy which entailed asking as many people as I could find to give me some info and in the end I just went with the most given respons. Which meant: going to another bus station. Sigh… So I crossed my fingers and got into an old man’s rickshaw since he claimed he could take me there. Well yeah, what was I supposed to do..? You have to take a risk sometimes, right! The next half hour I sat completely stressed out (on the inside – I’m always cool on the outside) in the little rickshaw, hoping for the best. And then out of the blue, I saw a small bus station! I hugged the old rickshaw driver, gave him a big tip, and ran to the bus to Salem. So the thing is that Salem is in another state – Bangalore is in Karnataka and Salem is in Tamil Nadu – which means you have to get to the interstate bus station. Makes sense right? Yet another great learning moment! Of course the bus left 45 minutes too late which meant I would never make it in time since I had to get on another bus once I arrived at Salem.

The drive was very amazing though. There was no AC but I just pushed the window open, put my face in the wind, and watched daily life in India pass by. Tamil Nadu is so much more beautiful than Karnataka, the scenery is stunning. The bus drive from Salem up the hill to Yercaud was not as comfortable, but it was hilarious and totally Indian. Yercaud is a very small hill station, 1500m up the mountain, and the bus has to take over 20 switchbacks (hairpin turns) and on top of that another 50 bends. The only option to get to Yercaud is to take a local bus, which of course is completely packed with locals. And I don’t mean like the train back home that can be full, but really pácked: people hanging on windows, doors, roof racks… I was lucky to find a spot next to an Indian non (yes, after the Indian priest in the plane, I now meet an Indian non…) who spoke some decent English and she’d travelled through Europe a lot. Very intereseting. I love these kinds of little meets with random strangers! Halfway up the hill, in the middle of a crazy switchback the bus suddenly stopped… Flat tire! Are you kidding me?! In a split second a few Indian fellas climbed up the roof, got the spare tire and 20 minutes later, we’re on our way up again. Impressive! Another fun fact about Indian buses: there is álways screaming loud Bollywood music coming from the speakers. So get this: this European girl (me!) who is sitting next to an Indian non, in a completely packed Indian bus that is slowly making its way up a steep hill while blasting out Bollywood tunes. How cool is that!

Okay, I need to skip to the project now because this post is getting way too long! It was a bit disappointing that we’re only with three volunteers and a supervisor. The group that I went to Mysore with were with 14 volunteers, and usually the groups are this big. Appearantly most people don’t want to get through the hassle of coming all the way up the (steep!) mountain and they prefer to stay in the cities, which I think is too bad for them because you’re seriously missing out! So, it’s just me, a French-Canadian girl, A Korean guy and our Indian supervisor. We’re pretty much the same age so that makes it more fun but you can imagine that the impact of a cultural exchange would be bigger if you have more nationalities in a group. We’re staying in a hotel (well, that’s what it’s called) which is of course much better than to sleep in tents. 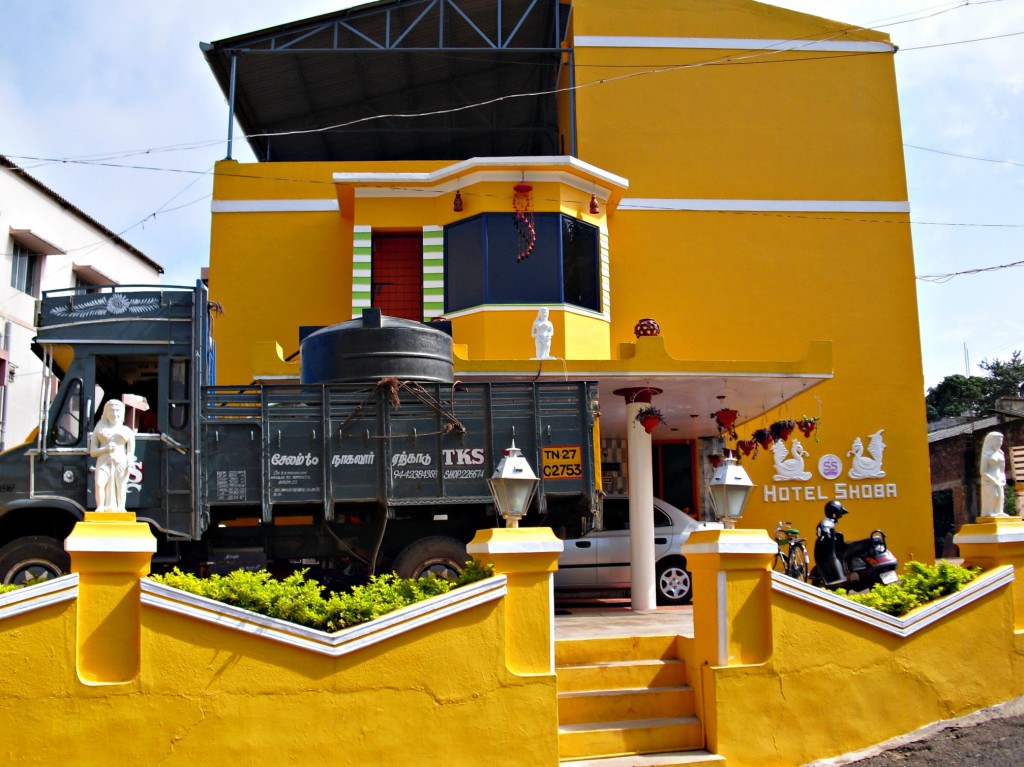 About the project… The coming days we’ll be working on an elementary school for little kids that are orphans or are from very poor families. We’re building a yard and a playground for them which is very rewarding to do because all of the kids are so freaking cute! It is pretty heavy work since we have to dig and weed using extremely old school tools, and we’ve been dragging and lifting bricks a lot. What I love the most is that we have a lot of time to play with the kids. I even introduced a new game based on the Dutch 1, 2, 3, roodlichtje which was a huge hit! Even though they have a pretty rough life they giggle a lot and smile at you with their big cute eyes. I seriously want to take all of them home with me! 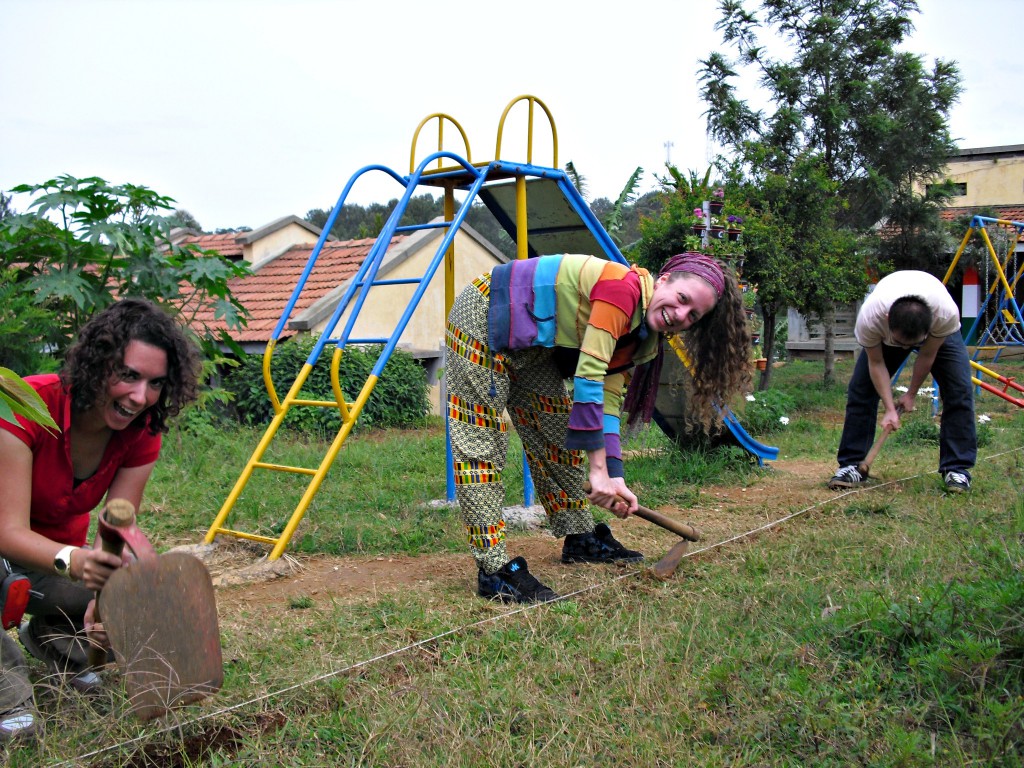 We work for the Yercaud division of the Rotary, so they decide what kind of work we do. They take really good care of us! In a few days we’ll go up to the tribal villages and help out over there, and we’re also going to work in an old-aged home for mentally disabled elderly. Yercaud is so extremely beautiful. The views over the mountains are breathtaking and I don’t think it gets more Indian than this! 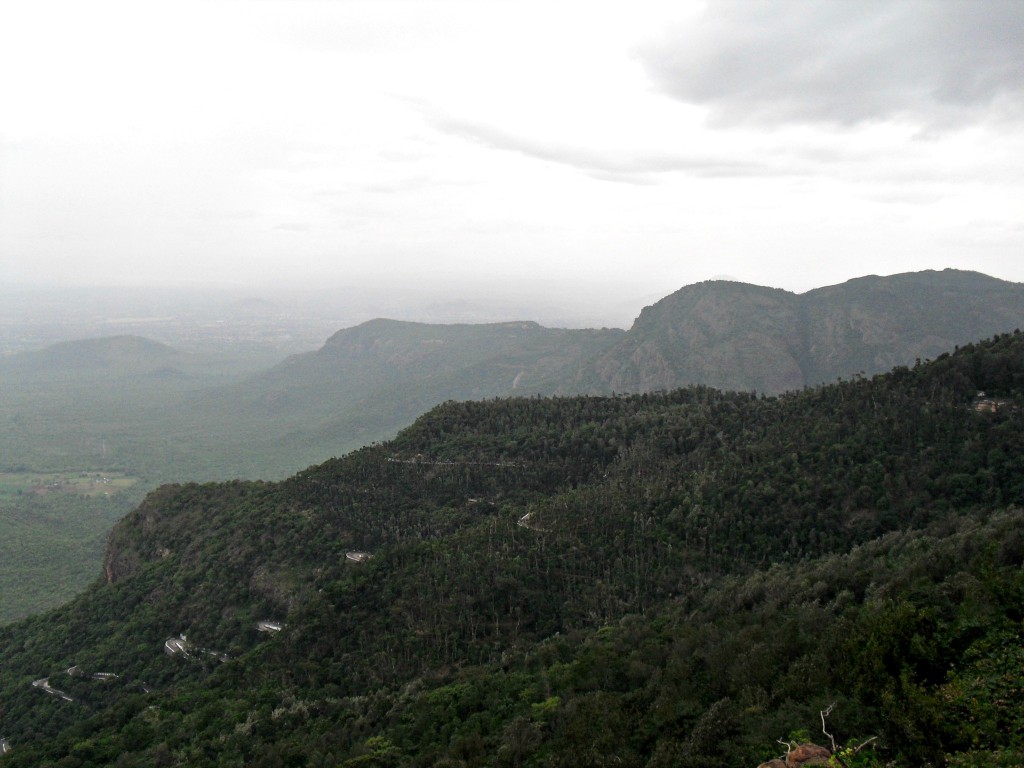 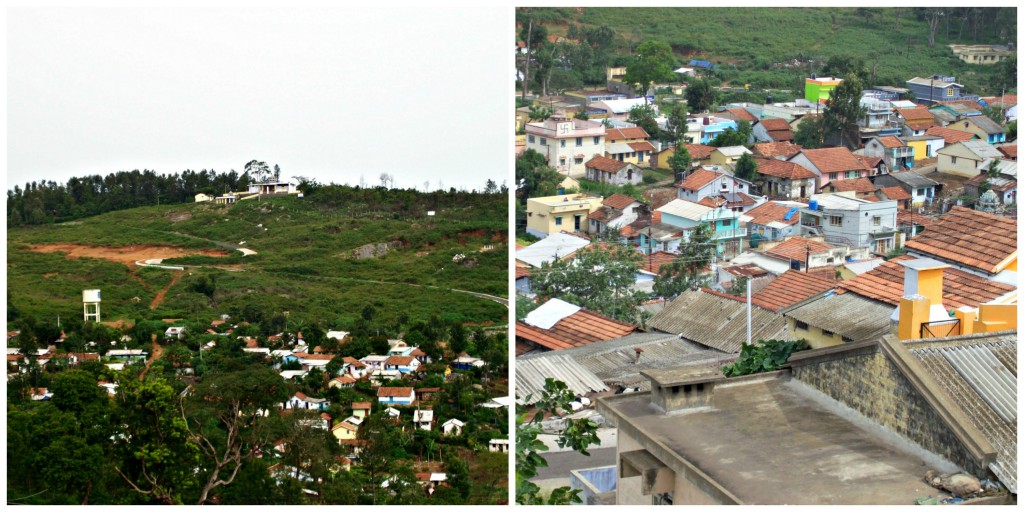 I had planned to tell so much more but it’s almost dinner time and I think this update is long enough, right? The only thing left that I háve to share is that there is a gold medal winner in our family!! Hooray! I’m so very proud of my little bro who won gold at the World Rowing Cup in Lucerne (Switzerland) and I’m very bumped that I couldn’t be there to witness it. Okay, this is it for now! I’m doing very good and I’m slowly starting to fall in love with this crazy chaotic country. It’s so very impressive and overwhelming…