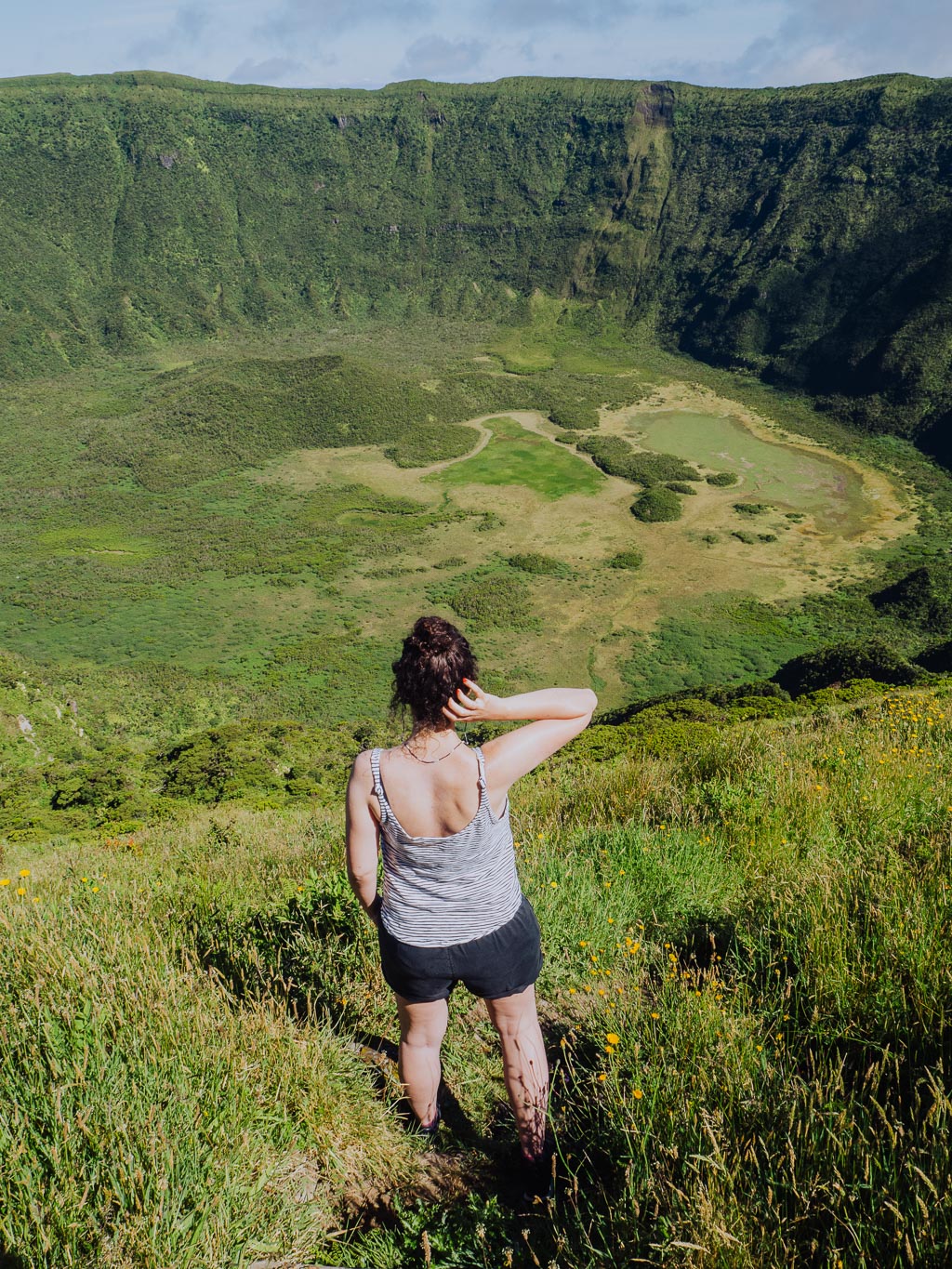 Last summer we discovered what I truly believe is Europe’s Best Kept Secret: the Azores Islands. These islands are part of Portugal, but are essentially a totally different world. It’s Scandinavia, Hawaii, the Mediterranean, and Canada all tucked into one. And all that could be yours after only a 5 hour flight from Amsterdam (or the US East coast for that matter). In two weeks we hopped around 4 of the 9 Azores Islands, and I’ll show you more of the beauty of these islands in separate blog posts. To kick things off, here’s a little teaser with 10 photos that will make you want to explore the Azores as soon as possible!

Did I mention the Azores are a Portuguese autonomous region? So yes: ridiculously beautiful Portuguese architecture everywhere. The best example can be found on the island of Terceira: Unesco World Heritage Site, Angra do Heroísmo. 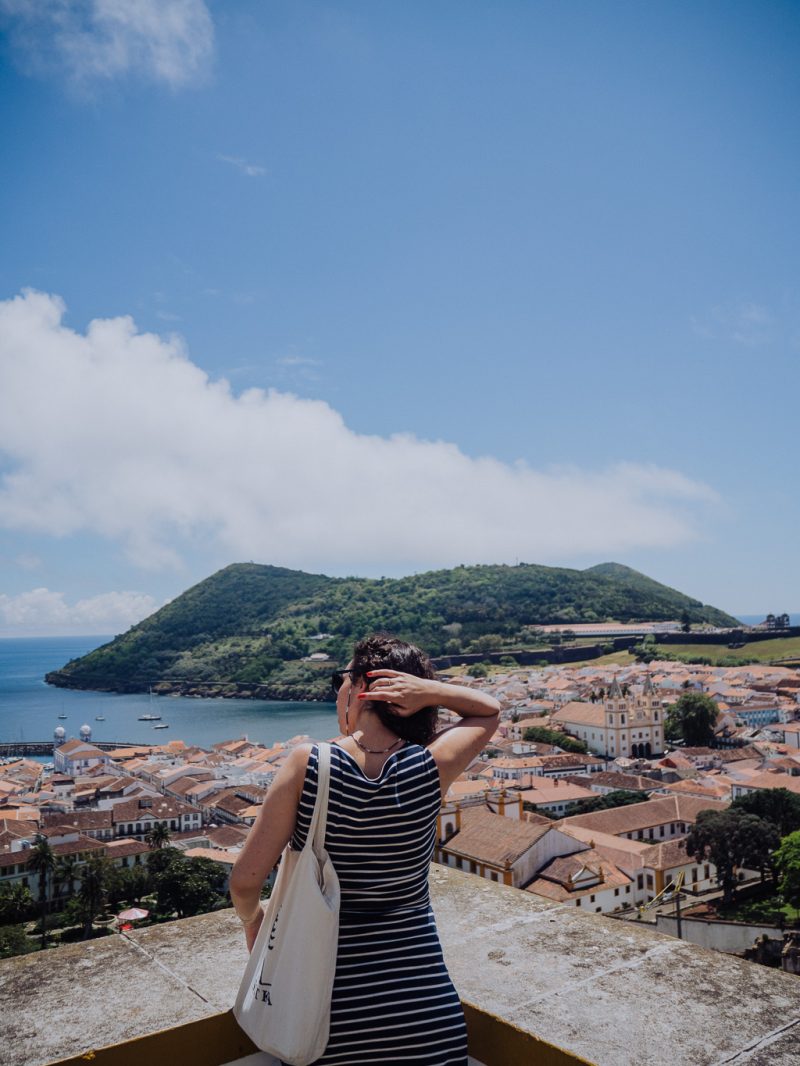 2. Hike Inside A Volcano

There are only a few places on the planet where you can explore the inside of a volcano. On Terceira you can do this in the Algar Do Carvão, a magma chamber that is now free from lava. 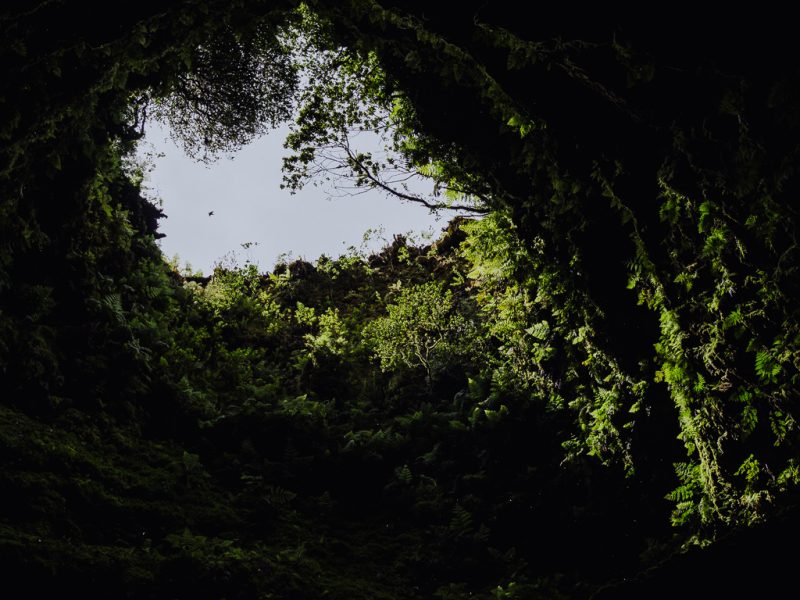 Does this look like Jurassic Park or what? The Azores Islands are volcanic islands, so there are many caldeiras where you can do beautiful hikes. 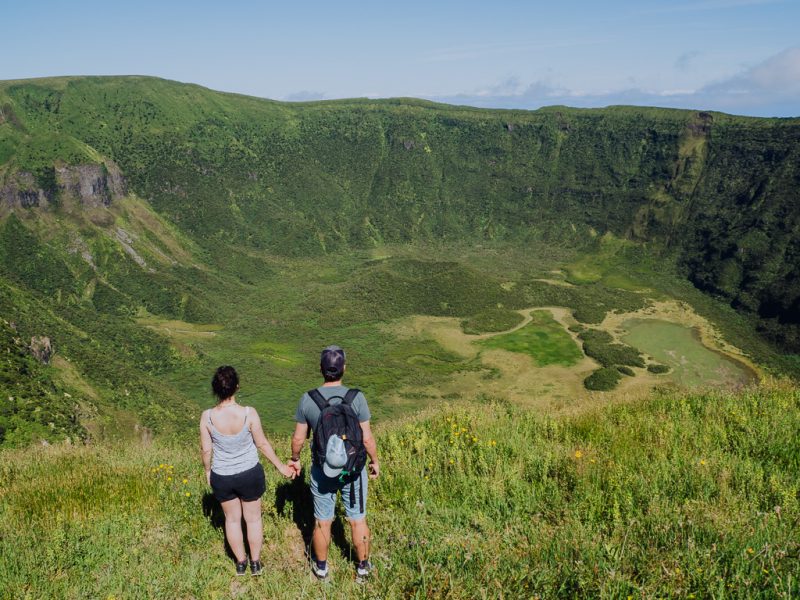 4. The Most Western Point Of Europe

This is one to check off your bucket list: stand on the most Western point in all of Europe. And how cool is the out of this world scenery at Capelinhos, on the island of Faial? 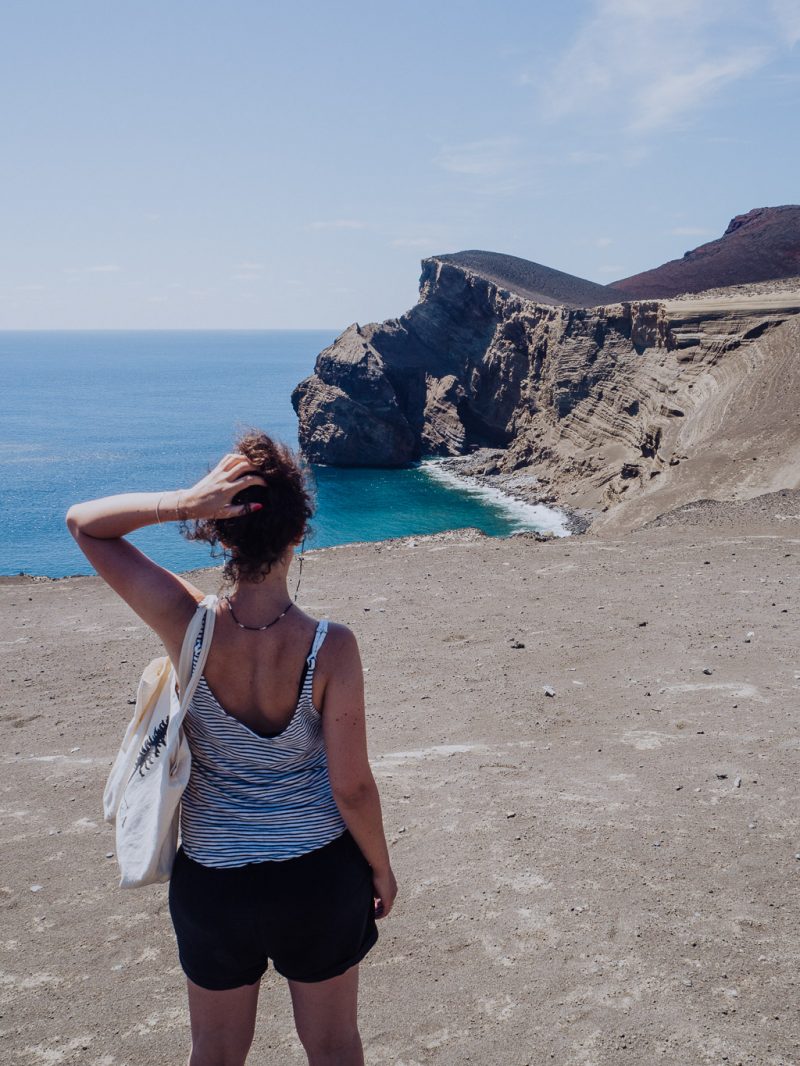 Who loves windmills? This girl {insert girl with hand up emoji}. Remember my obsession with the molinos on Fuerteventura? Well, on the Azores Islands the windmills are bright red. Be still my heart. 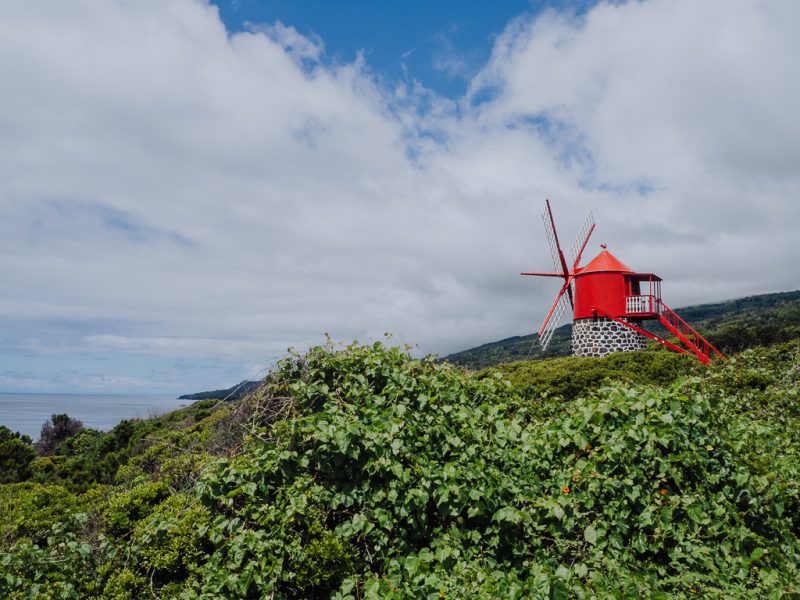 Whale watching in Europe? Well yes, my friends. The Azores are famous for its fantastic whale watching opportunities. And we were lucky enough to see sperm whales; the largest toothed predator in the world. They also have the largest brain of any creature known to have lived on earth. Unfortunately, sperm whales were targeted back in the day, and the many old whaling towns on the Azores are a heritage from that brutal tradition. Cute towns, though. 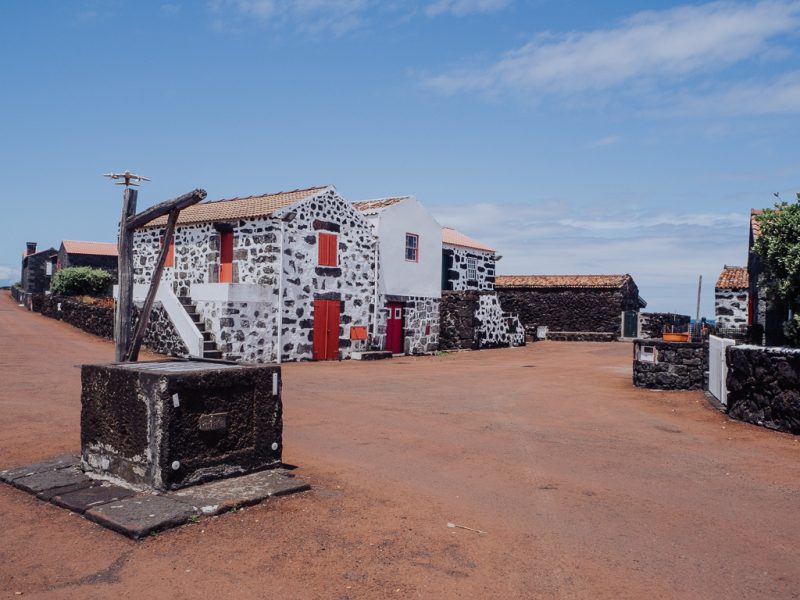 Volcanoes = lava = cool black coastline. Don’t be fooled though, even old lava is hot on the bum when the sun is shining all day. 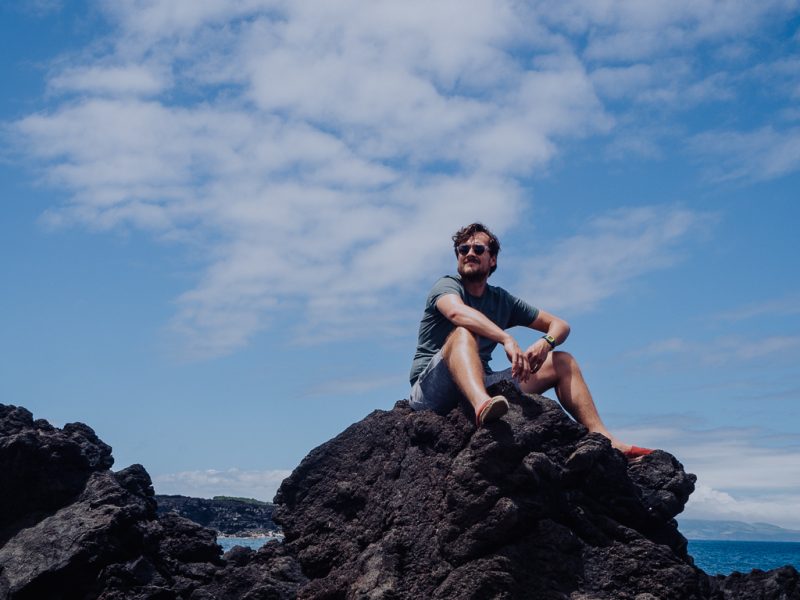 The volcanic craters on the Azores have often turned into beautiful lakes, like the one pictured below: Lagoa do Canario. Gorgeous, right? 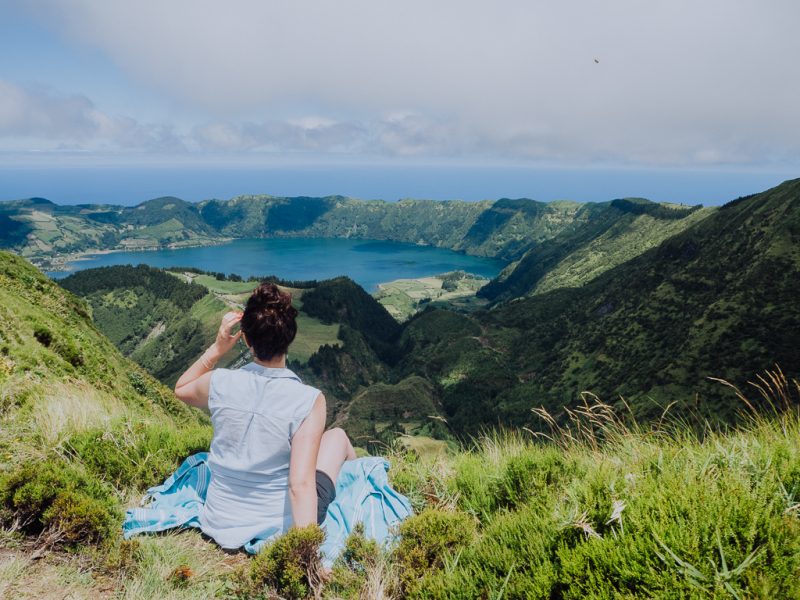 And if all this beauty wasn’t enough, you can also take a refreshing dip in these lush green surroundings. 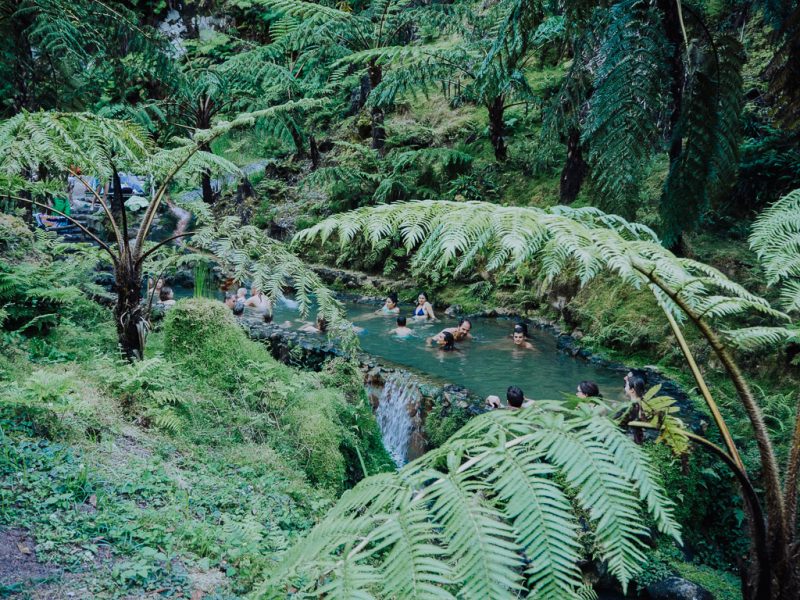 Okay, now you’re just bragging, Azores. Look. At. This. Waterfall. And this is in Europe, people. What?! 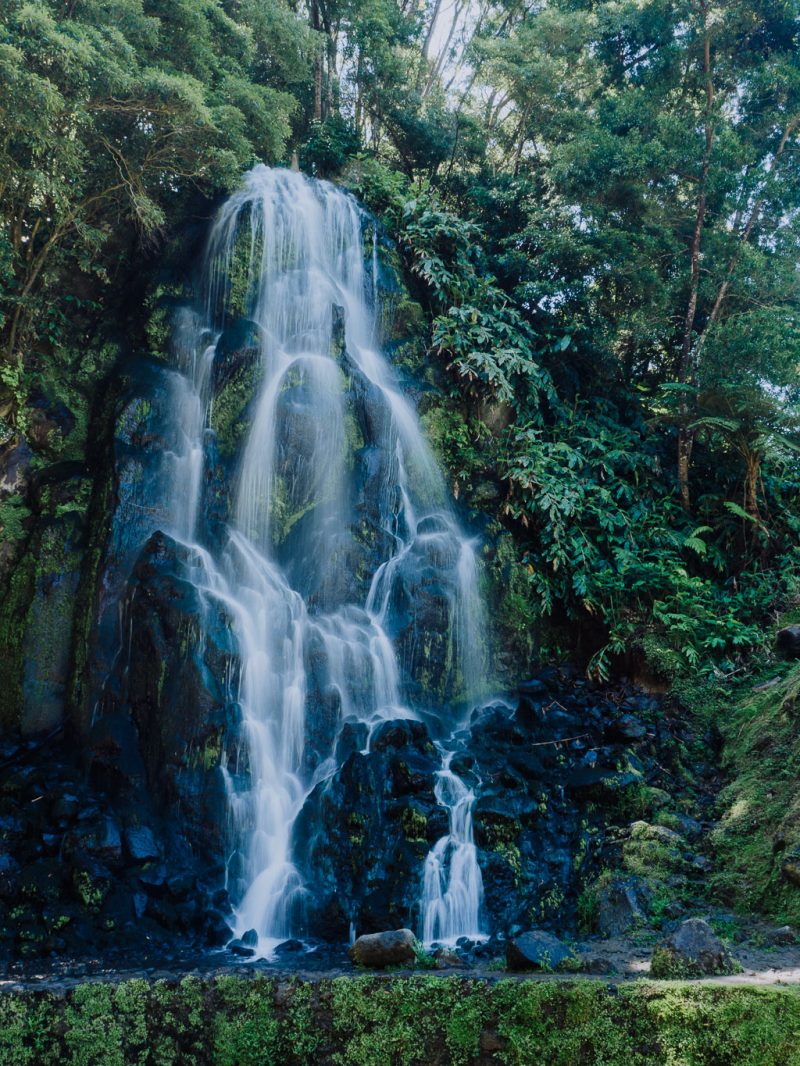 Stay tuned for the upcoming blog posts with more details of Europe’s Best Kept Secret. Keep your credit card at hand, because you’re going to book tickets right away. #sorrynotsorry 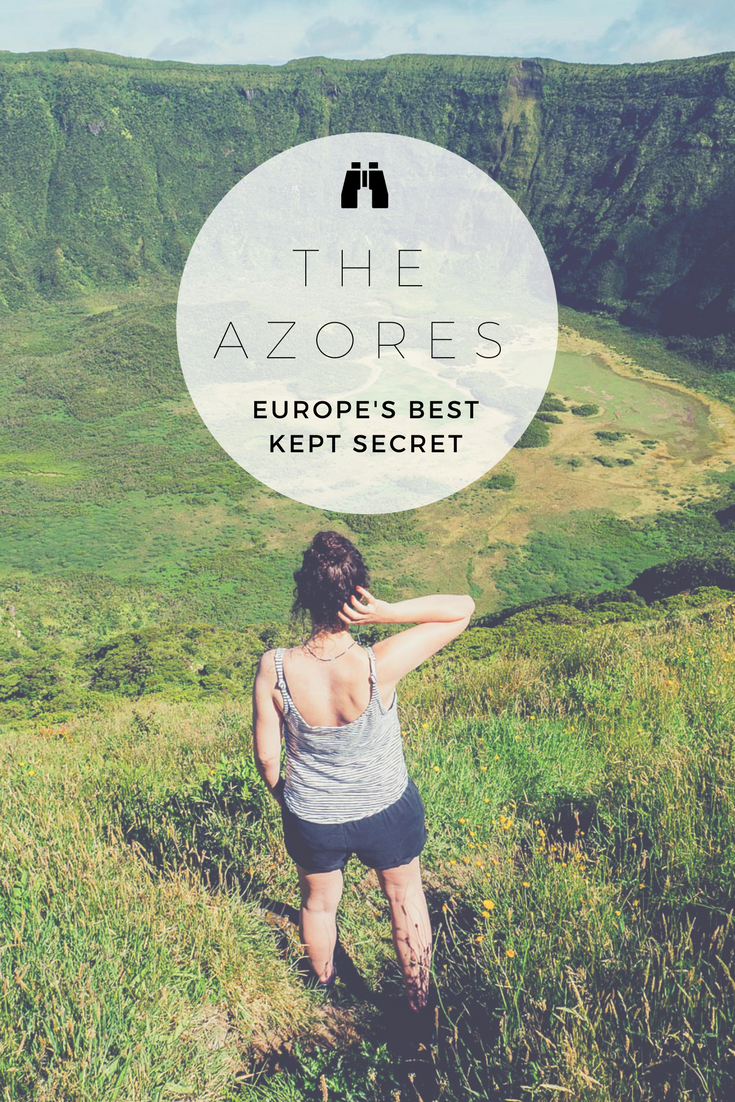