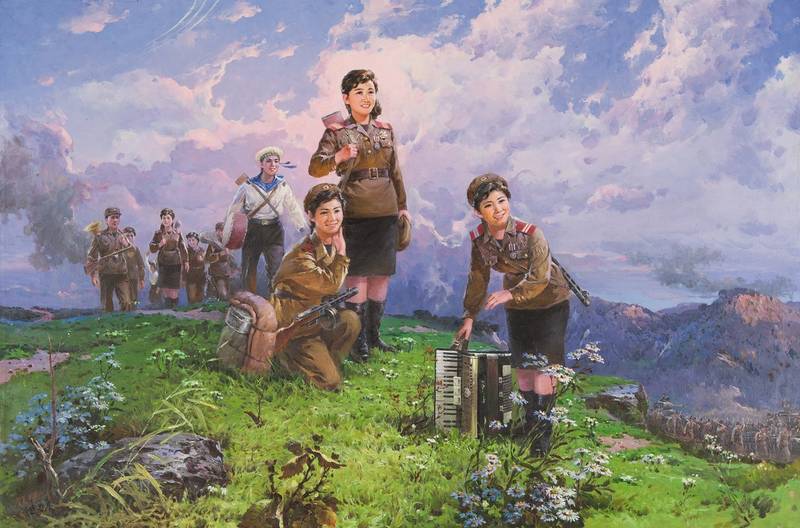 For me, one of the highlights of our trip to North Korea was seeing all those extremely big propaganda posters on the streets, in the schools, practically everywhere. I don’t think you can even call them posters since most of the time they’re actually murals. Some of them painted, some of them beautiful mosaics. All of them intended to portray the North Korean ideology.

There are a few popular themes, obviously the war against the US imperialists and the brave North Korean soldiers that are fighting to protect their country. But what most people don’t know is that a lot of the propaganda actually portrays an idyllic view on life in North Korea. Paintings of beautiful corn crops and a thriving agricultural industry. School kids in uniform, smiling and singing national songs about the Great Leader. Modernization and progress under the guidance of the Kim family. Students practicing for the largest show in the world, the Arirang Mass Games. Heroic patriotism and the unification of the two Koreas. It’s the ultimate idealization of North Korean society. 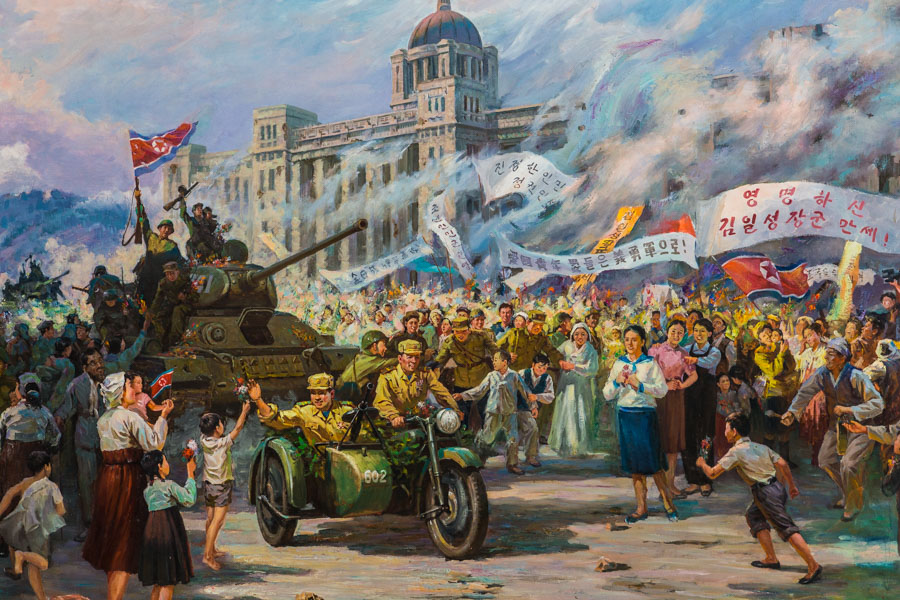 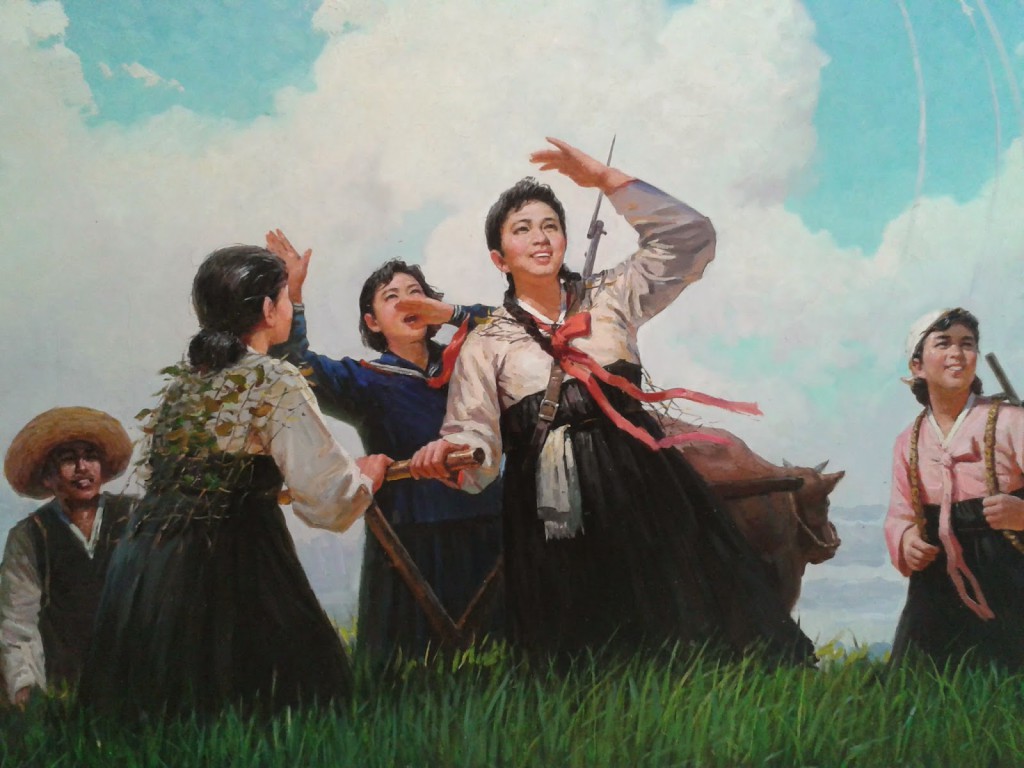 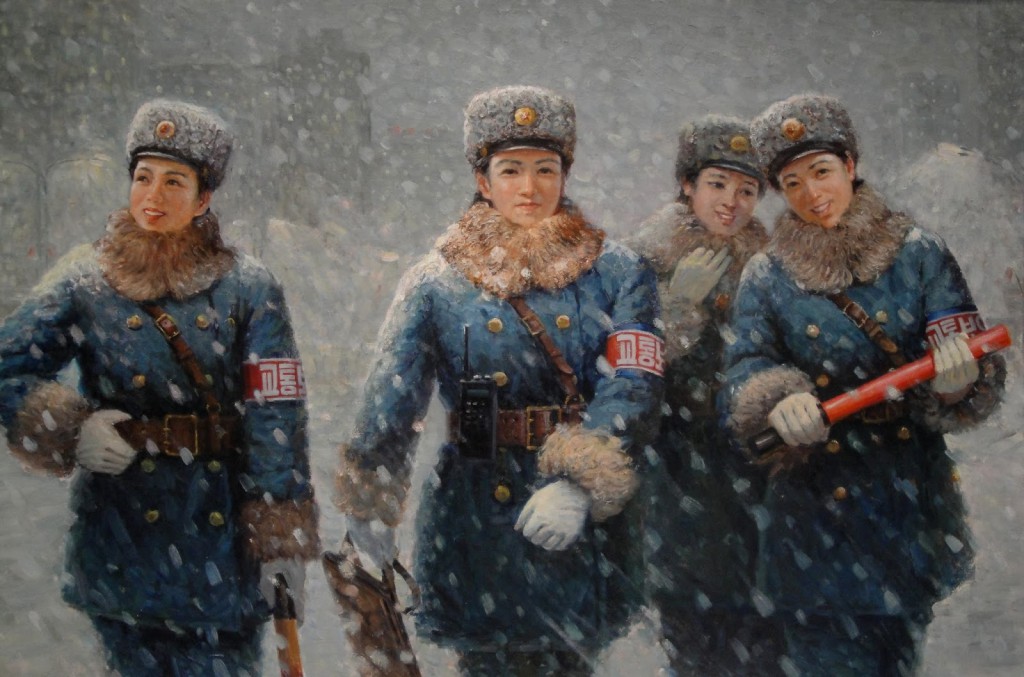 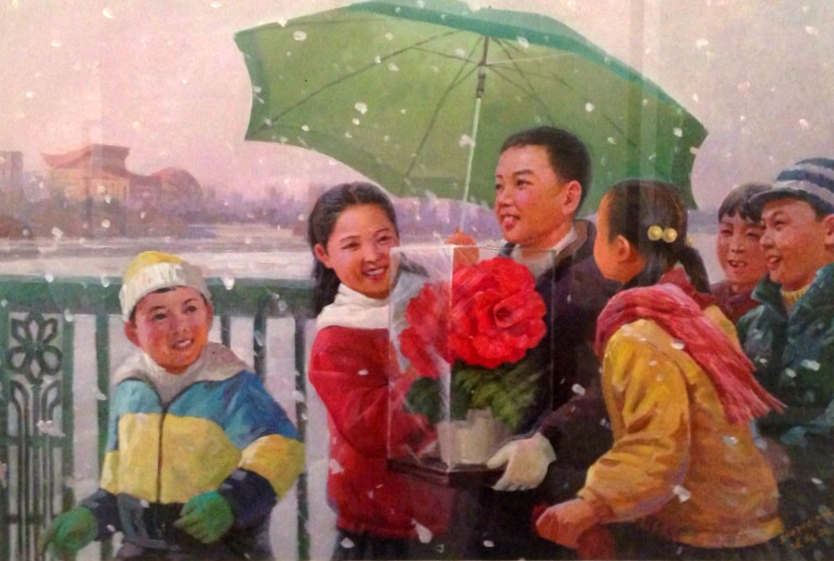 If you’re at all interested in propaganda art or just curious about the perfect North Korean society, you have to visit the current exhibition in the Drents Museum. The Kim Utopia – Paintings from North Korea showcases some fantastic propaganda paintings from a unique private collection. Dutch collector Ronald de Groen has been collecting art from North Korea for twenty years. When we travelled to North Korea we also brought back two original handpainted propaganda posters, so I guess we’re also on the verge of becoming true art collectors, right? Anyway, go check it out – it runs from April 3rd to August 30th 2015.